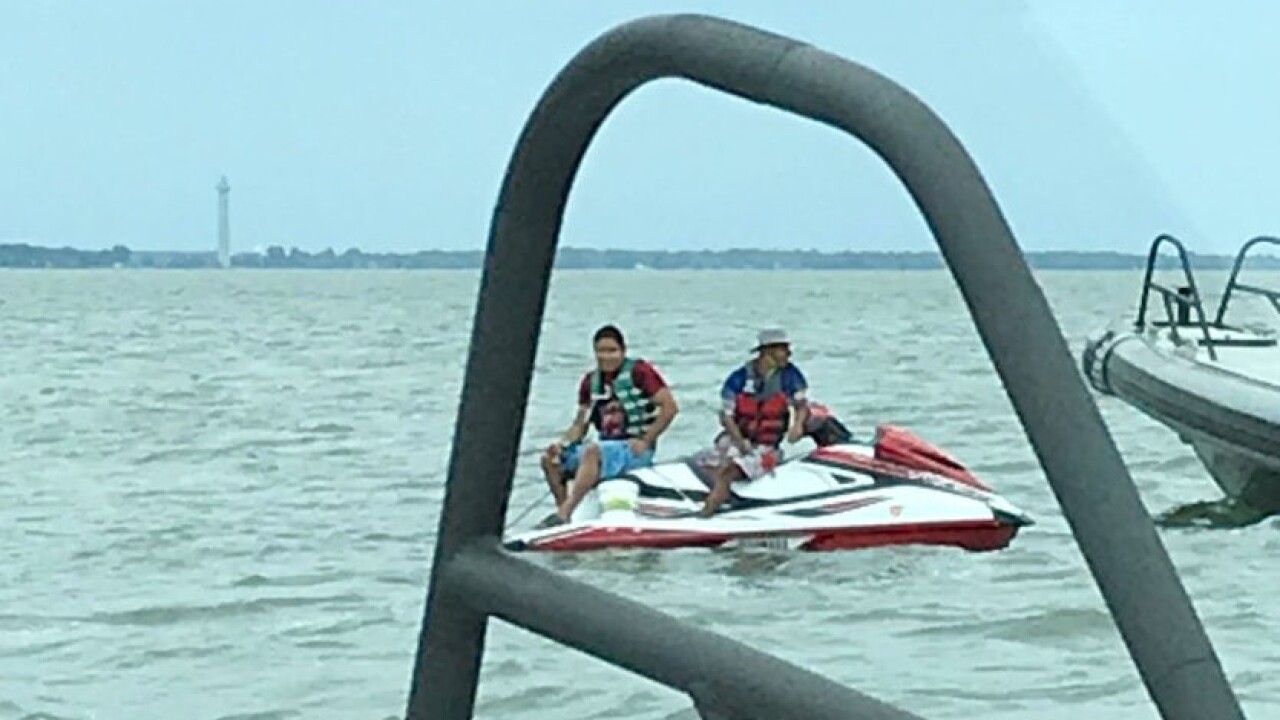 PORT CLINTON, Ohio — An undocumented immigrant was arrested while fishing on a jet ski in Lake Erie on Tuesday.

Authorities said the jet ski appeared to be anchored with two people fishing. No state registration number visible on the watercraft.

When approached, the people on the jet ski told an Air and Marine Operations (AMOP) and a Border Patrols agent that they were from Mexico and did not have immigration documents.

AMOP transported the two back to shore and handed them off to Border Patrol agents. Border Patrol then took the pair to the United States Border Patrol Sandusky Bay Station for further identification.

“During the summer months Lake Erie is one of the busiest boating communities in the nation,” said Brian Manaher, Deputy Director Marine Operations, Great Lakes Air and Marine Branch. “This case is a testament to our highly skilled law enforcement ability to differentiate between legitimate boat traffic and nefarious traffic.”

At the Border Patrol station, one of the people was identified as a valid DACA recipient and released to his jet ski.

The other man was identified as an undocumented immigrant with a warrant of deportation issued on Oct. 2, 2012.

The man and his property were turned over to ICE, where he will be held pending his removal.

This story was originally published by Courtney Shaw on WEWS in Cleveland.