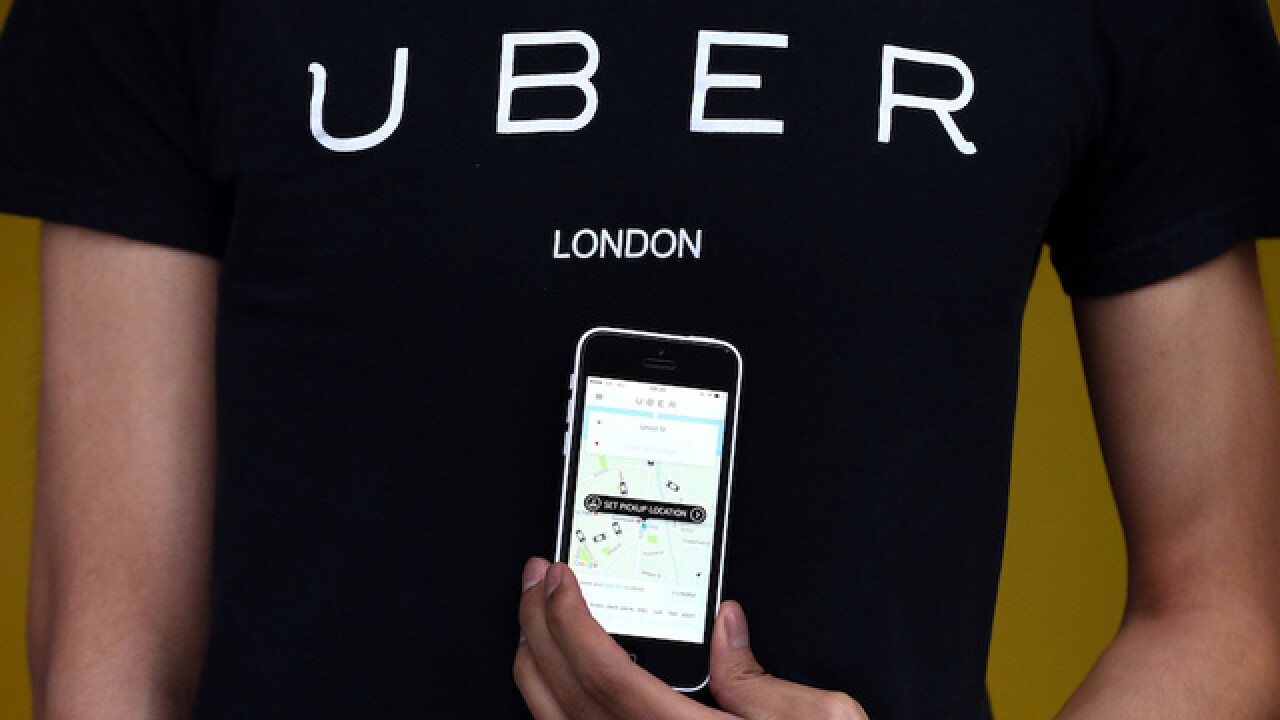 Copyright Getty Images
Carl Court
<p>LONDON, ENGLAND - DECEMBER 22: An Uber driver poses for a photograph in an Uber t-shirt and holding a smart phone displaying the Uber app after delivering petitions to the Transport for London headquarters on December 22, 2015 in London, England. The Uber drivers formally handed in the petition, signed by over 205,000 people, to oppose proposals such as introducing minimum 5 minute waiting times. (Photo by Carl Court/Getty Images)</p>

LONDON (AP) — Uber drivers in Britain should get paid vacation days and guaranteed minimum wage, a tribunal said Friday in a ruling that the company will appeal.

The GMB union says the decision will have a "major" impact on the drivers, who argued they should get the labor rights of employees, not self-employed workers. The Central London Employment Tribunal's decision Friday affects as many as 30,000 drivers.

Uber argues it is a technology company that links self-employed drivers with people who need rides. It also says drivers should seek arbitration in the Netherlands, where Uber's European operations are based.

"Uber drivers often work very long hours just to earn enough to cover their basic living costs. It is the work carried out by these drivers that has allowed Uber to become the multi-billion-dollar global corporation it is," said Nigel Mackay, the attorney from law firm Leigh Day who is representing the workers. "We are pleased that the employment tribunal has agreed with our arguments that drivers are entitled to the most basic workers' rights, including to be paid the national minimum wage and to receive paid holiday, which were previously denied to them."

Uber, based in San Francisco, California, says it will appeal the decision and that in the meantime, it applies only to the two people who brought suit.