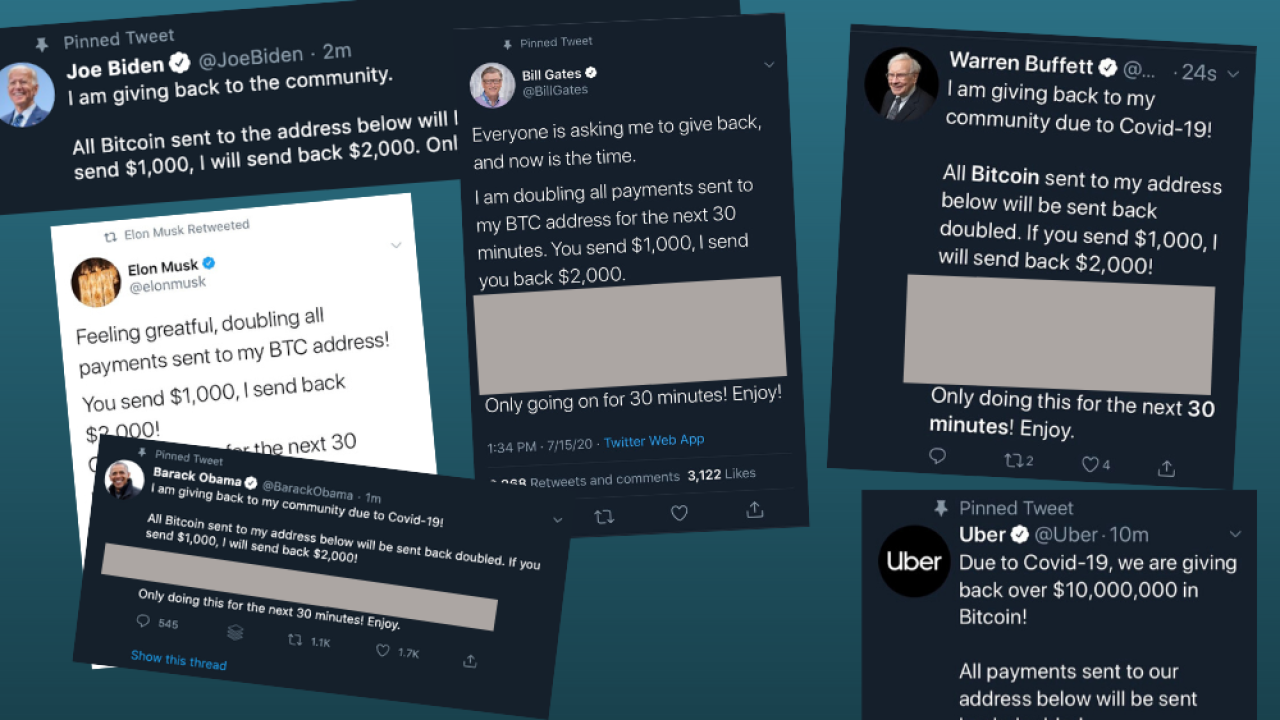 Hackers who were able to take control of at least a dozen high-profile Twitter accounts and tweet messages calling for Bitcoin solicitations gained access to the accounts by targeting Twitter employees, the social media site said Wednesday evening.

According to Twitter's support account, the hackers "successfully targeted some of our employees with access to internal systems and tools." They then posted messages seeking Bitcoin solicitations — with a promise to return double the amount — on a series of high-profile Twitter accounts.

CNN reports that the Bitcoin wallet included in the tweets is in fact, real and that those conducting the scam have received more than $100,000 in Bitcoin.

We detected what we believe to be a coordinated social engineering attack by people who successfully targeted some of our employees with access to internal systems and tools.

While Twitter was investigating, it "limited functionality" for all verified Twitter accounts. By about 9 p.m. ET, many verified users were again able to send tweets.

"This was disruptive, but it was an important step to reduce risk. Most functionality has been restored but we may take further actions and will update you if we do," Twitter said.

Twitter says it has locked the compromised accounts and said it will only restore access to the original owner "when we are certain we can do so securely."

Tough day for us at Twitter. We all feel terrible this happened.

We’re diagnosing and will share everything we can when we have a more complete understanding of exactly what happened.

💙 to our teammates working hard to make this right.