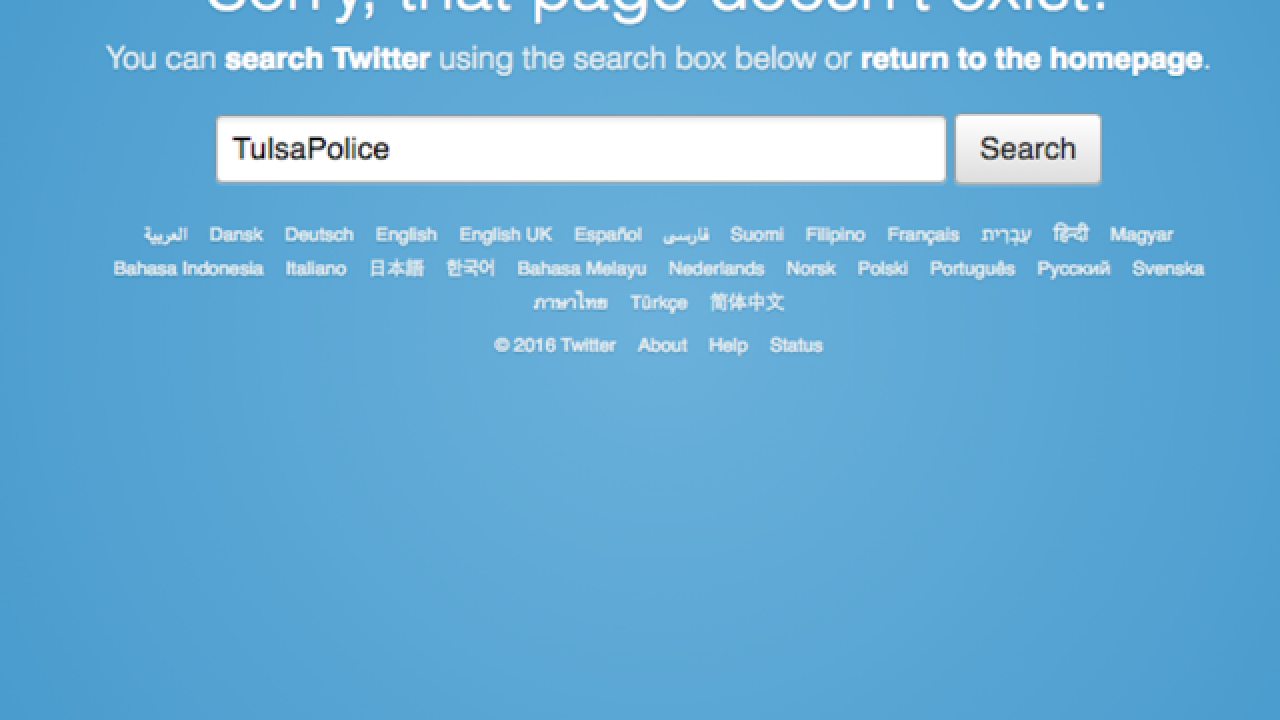 Days after a Tulsa man was shot and killed by a police officer, the city’s police department has deleted its Twitter account after receiving dozens of hateful and violent messages.

According to Scripps station KJRH in Tulsa, the department deactivated its Twitter account on Wednesday after it received “violent and profane” posts following the shooting death of Terence Crutcher.

A Twitter search for @TulsaPolice now brings up an error page.

Many of the tweets directed at the department slurred the officer who fired the fatal shot, Officer Betty Shelby. Shelby is currently on paid administrative leave as an investigation into the shooting continues.

A number of other tweets referred to the Police department as racists and murders, and others directly threatened the department.

Tulsa Police say they will continue to inform the public on social media via Facebook.