Tucker Carlson claimed his door was 'cracked' by Antifa protestors. The police saw no sign of that. 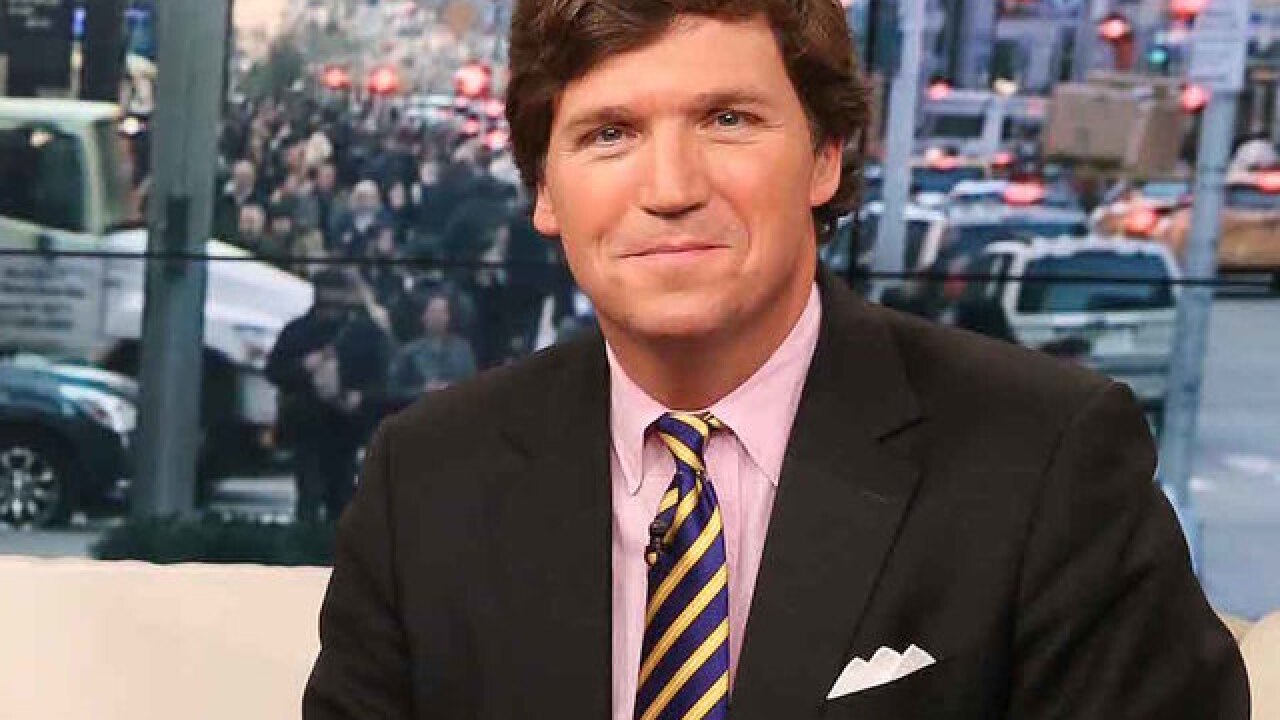 A group of left-wing activists showed up, held signs criticizing Carlson, and shouted threats. Someone spray-painted an anarchy symbol on the driveway. The protest has been  widely condemned  by many members of the media, including multiple anchors at CNN.

But one detail from the November 7 disturbance has come under scrutiny. Carlson told the  Washington Post  that "someone started throwing himself against the front door and actually cracked the front door."

Liberal critics of Carlson have cast doubt on that claim by saying there was no evidence of damage to the door. They have accused him of lying and exaggerating to score political points.

CNN contacted the D.C. police and asked about the door. The police report about the incident did not mention any damage on the door. Was there any sign that it was cracked, as Carlson claimed?

A police spokeswoman responded, "MPD did not observe any visible damage to the front door of the victim's house the night of the incident."

It is still possible that the door was cracked. And there is no doubt that the overall incident was disturbing to the Carlsons. While Tucker was at work when the activists showed up, his wife Susan was home alone. She called the police when she heard "loud banging and pounding on her front door," according to the police report.

In videos uploaded to Twitter by the group, which calls itself an "anti-fascist" or Antifa group in DC, last Wednesday, protesters were heard saying "Tucker Carlson, we will fight! We know where you sleep at night!" They called him a "racist scumbag" and hurled epithets.

The police, speaking of the incident,  said  "a group of protestors broke the law by defacing private property."

But the disputed detail about the door has come up several times. Carlson's friend and business partner Neil Patel repeated the description on CNN's "Reliable Sources"  last weekend.

"People start pounding on her door and throwing themselves at the door to the point where the door actually cracked," he said.

President Trump talked about it in a Wednesday interview with the conservative site The Daily Caller, which Carlson and Patel co-founded.

The interviewer said: "They cracked the door — what is this violence? Where does it come from? Do you have a message for Tucker and his family?"

"I do," Trump said, "I spoke to Tucker and I think Tucker's a great guy and I think it's terrible, they were actually trying to break down the door."

The group defended its decision to show up at Carlson's home. They believe Carlson supports and promotes a white nationalist agenda on Fox News, a charge Carlson denies.

After many journalists and commentators came to Carlson's defense last week, arguing that a person's family and home should not be targeted, some of Carlson's detractors pushed back by pointing to discrepancies in the accounts.

Alan Pyke, a reporter for the liberal site ThinkProgress,  wrote a first-person account  of the protest and said one protester knocked firmly on Carlson's front door "three times," but then rejoined the rest of the group in the street. "This person did not throw their body against the door, as Carlson has claimed to newspapers," Pyke wrote.

The Washington Post's Erik Wemple  wrote Thursday,  "the search for corroborating evidence continues." He noted that when he visited Carlson's home with a colleague one day after the disturbance, the door "seemed sturdy and fully intact. A woman who answered a knock looked it up and down and appeared to conclude it was in fine shape. It appeared to close snugly."

"CNN has repeatedly defended Antifa, and you are doing it again now," he said in a statement through Fox News. "Your story is a disgusting attempt to minimize an attack on my family and bring more pain to my wife and four children. I'm not playing along. I hope you're ashamed of yourself. You should be."

The D.C. police said last week that they are investigating the incident, given the defacing of private property that occurred.

On Thursday, the MPD spokeswoman said "there is no further information to provide as this case remains under investigation. There have been no arrests made."