Trump's immigration reform: High-skilled visas may be next 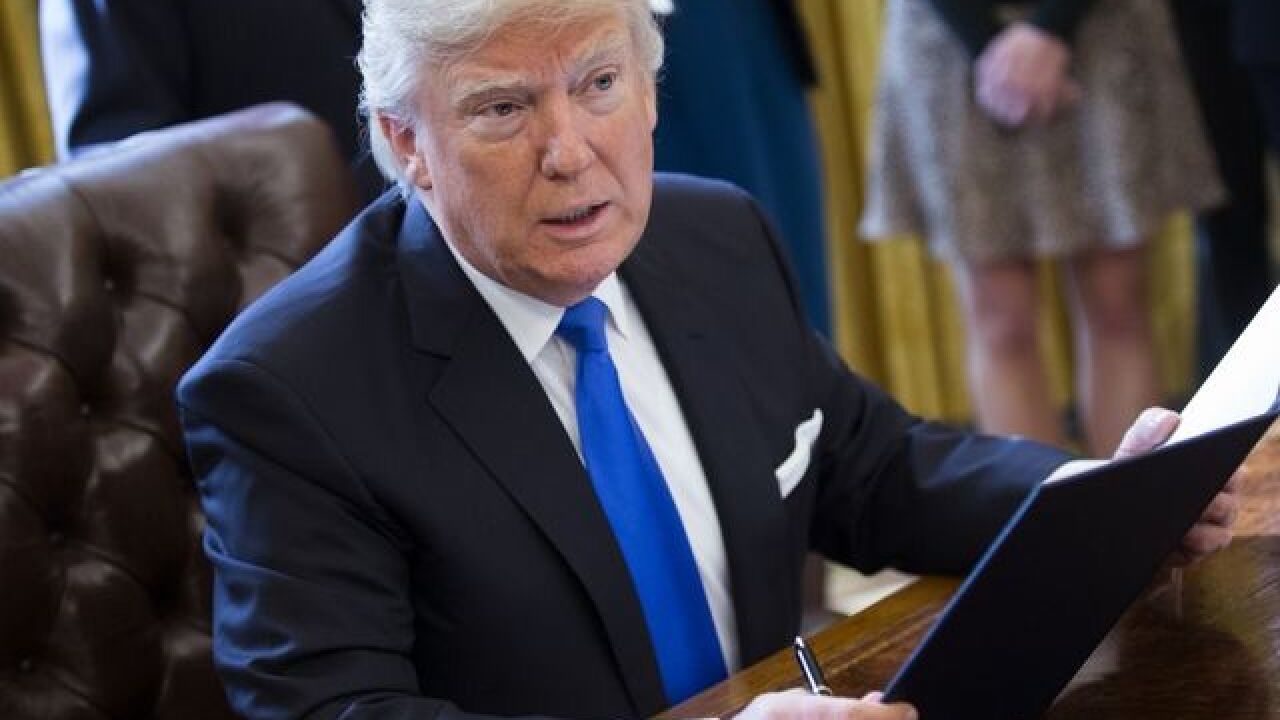 By: CNN
Posted at 8:42 PM, Jan 30, 2017
NEW YORK (CNNMoney) -- President Donald Trump has the tech community outraged over his travel ban. But Trump hasn't forgotten about revamping the H-1B program too.
The H-1B visa is the popular pathway that helps high-skilled foreigners work at companies in the U.S.
It's a program that's particularly near and dear to the tech community, with many talented engineers vying for one of the program's 85,000 visas each year.
During a White House briefing Monday, Press Secretary Sean Spicer said Trump will continue to talk about reforming the H-1B visa program, among others, as part of a larger push for immigration reform.
Spicer said Trump will do so through executive order, as well as by working with Congress.
Details on both options are unclear.
In a draft executive order dated January 23 obtained by CNNMoney, changes could impact numerous programs. There were no details on how this would impact the H-1B, except to say that there will be a report within 90 days with suggestions on how to make the program more efficient and how to allocate the visas.
Currently, the visas are doled out by a lottery, and the number of applicants continues to swell each year. In 2016, demand was three times more than the quota.
Three new bills have been introduced this year, offering up suggestions for how to reform the program, including to a proposal to give visas to the highest bidders.
But there are many other programs mentioned in the draft that are important to the tech community. Programs like the J-1, for summer work travel, and the OPT, for international students to stay in the U.S. after graduating. Both were recently revised under the Obama administration. Also, the E-2 program, which is an investor visa, is subject to change.
L-1 visas, which are given to foreign workers who transfer to the U.S. from a company's office abroad, would be subject to site visits, according to the draft. It says that within six months, Homeland Security will start preforming site visits for all L-1 holders.
Within two years, the draft order proposes to expand on-site visitation to all employment-based visa programs.
The International Entrepreneurs Rule is also in question. It was passed during the final days of the Obama administration and extends "parole status" to entrepreneurs as a creative alternative to a startup visa -- which the U.S. doesn't have.
While the draft order didn't specifically name the Enterpreneurs Rule by name, it proposed eliminating all parole use that "circumvents statutory immigration policy," which this rule would fall under. The rule is also under a pending freeze issued during Trump's first day in office.
The-CNN-Wire
™ & © 2017 Cable News Network, Inc., a Time Warner Company. All rights reserved.
Copyright 2017 Scripps Media, Inc. All rights reserved. This material may not be published, broadcast, rewritten, or redistributed.