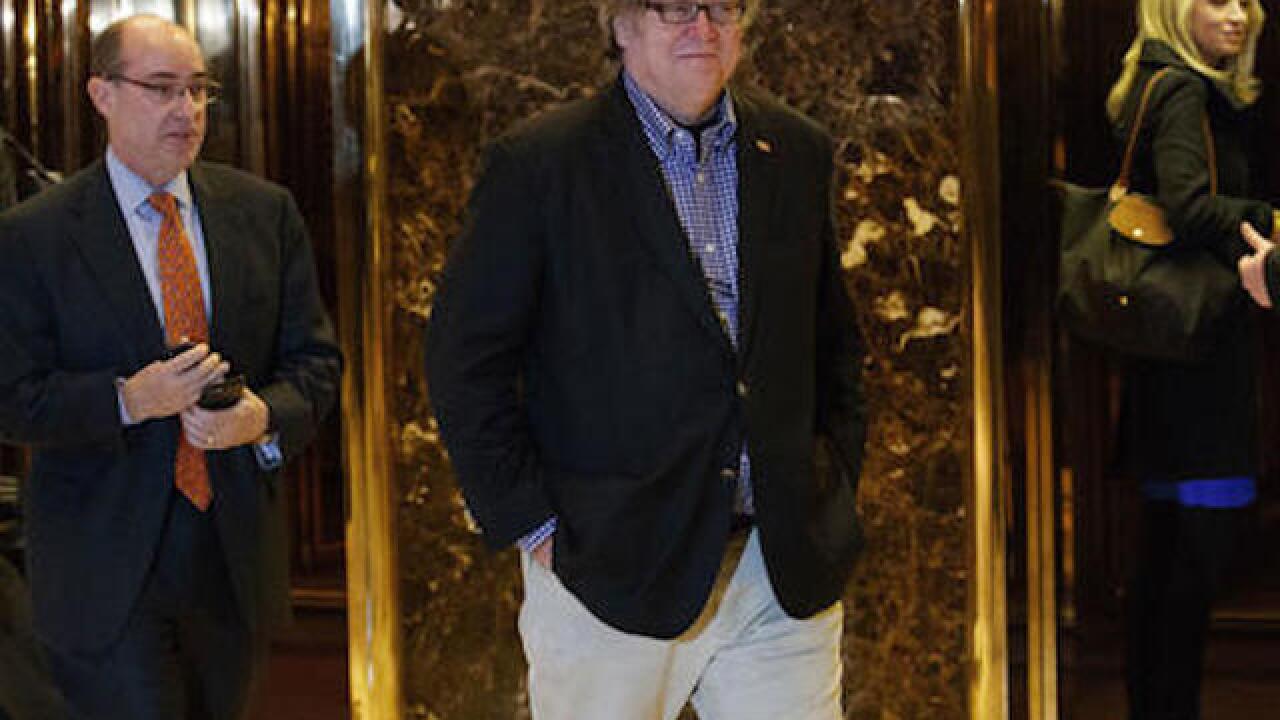 LOS ANGELES (CNNMoney) -- President Donald Trump's chief strategist has escalated the administration's war with the media, labeling it "the opposition party" and suggesting that it "keep its mouth shut."

"The media should be embarrassed and humiliated and keep its mouth shut and just listen for awhile," Steve Bannon said during a rare interview with The New York Times on Wednesday.

"I want you to quote this," Bannon told the Times. "The media here is the opposition party. They don't understand this country. They still do not understand why Donald Trump is the president of the United States."

The remarks from Bannon, a right-wing populist and former executive at the aggressively anti-mainstream media website Breitbart, come as tensions between Trump's White House and the media are running high.

Many members of the media believe the Trump White House is untruthful and disingenuous, pointing to its baseless claims about the size of his inauguration crowd and millions of illegal votes in the 2016 election.

Meanwhile, members of Trump's White House charge the media with being unfair to the new president, citing one inaccurate report -- falsely stating that Trump had removed Martin Luther King's bust from the Oval Office -- as evidence of unfair treatment.

"They said, 'Martin Luther King's bust was taken out of the Oval Office', by me," Trump said in an interview with Sean Hannity that will air Thursday night. "That's a very serious charge. They're not saying the bust is taken out, what they're saying is I'm a racist... Then, when it was revealed that they were wrong, nobody even talks about it."

The Trump White House also appears to resent the media for what it sees as biased coverage of the 2016 presidential campaign, and for its failure to anticipate his victory.

In his interview with the Times, Bannon said "the elite media got it dead wrong, 100 percent dead wrong," calling it "a humiliating defeat that they will never wash away, that will always be there."

"The mainstream media has not fired or terminated anyone associated with following our campaign," Bannon told the Times. "Look at the Twitter feeds of those people: they were outright activists of the Clinton campaign."

"That's why you have no power," Bannon said. "You were humiliated."