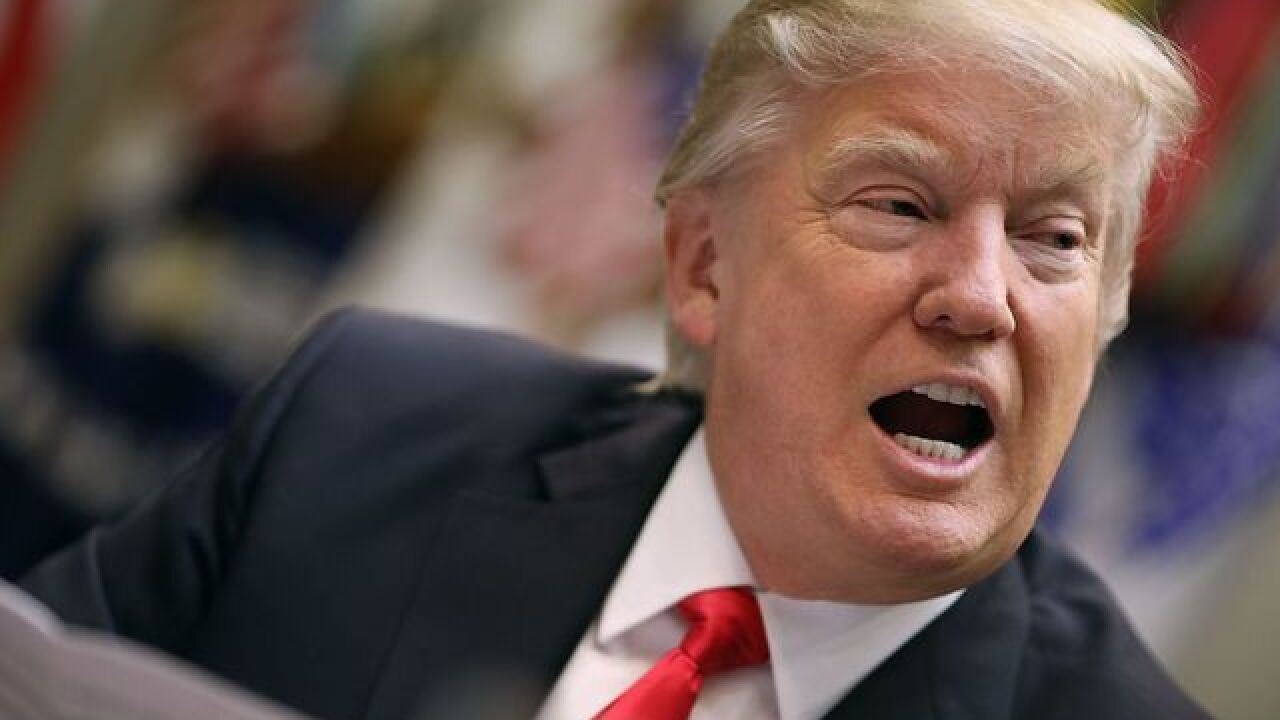 WASHINGTON (CNN) -- President Donald Trump on Wednesday said Senate Republicans should "go for it" and invoke the so-called nuclear option, preventing Democrats from using a filibuster to block his Supreme Court nominee.

"If we end up with that gridlock I would say if you can, Mitch, go nuclear," Trump said of Senate Majority Leader Mitch McConnell. "That would be an absolute shame if a man of this quality was caught up in the web."

Trump's comment came as he sat down with groups supporting his Supreme Court nominee, federal appeals court judge Neil Gorsuch, and answered a question from a reporter about early Democratic opposition to Gorsuch's nomination to the bench.

Invoking the nuclear option, as it is called on Capitol Hill, would end the need for Supreme Court nominees to receive 60 votes to break a filibuster and proceed to an up-or-down vote on the nomination that only requires a majority to confirm. Both Republicans and Democrats have long resisted doing so as it would change the confirmation process for Supreme Court nominees in the future as well.

However, Senate Democrats under President Barack Obama moved to eliminate the filibuster for Cabinet nominations and lower court judges, something Trump noted. They did not include Supreme Court nominations as part of that action.

"I think there's a certain dishonesty if they go against their vote from not very long ago," Trump said.

Senate Judiciary Chairman Chuck Grassley is planning to have confirmation hearings in six weeks for Gorsuch, the Iowa Republican told CNN on Wednesday.

Vice President Mike Pence and Gorsuch are on Capitol Hill for meetings with McConnell and other senators.

Trump nominated Gorsuch in a prime-time speech Tuesday night. Gorsuch's first call after the event was to Judge Merrick Garland, the appellate judge nominated by Obama last March, according to Ron Bonjean, a communications adviser with Gorsuch.

Garland never received a hearing or vote in the GOP-controlled Senate, a fact Democrats are bringing up as they begin announcing their opposition to Trump's pick.