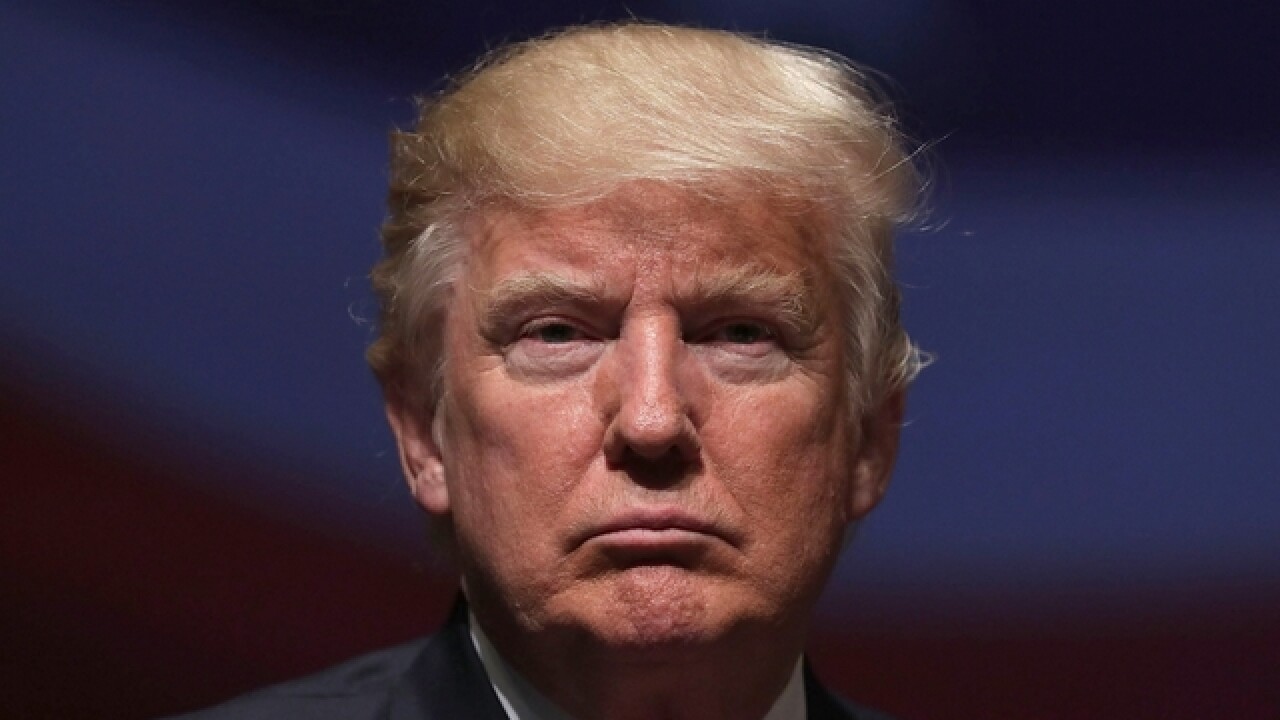 WASHINGTON (AP) — Donald Trump's campaign spokesman says the Republican presidential candidate now believes President Barack Obama was born in the United States, despite the candidate's repeated refusal to say so himself.
In a statement released late Thursday night, campaign spokesman Jason Miller claims Trump "did a great service to the country" by bringing closure to an "ugly incident" that Trump, in fact, fueled.
"In 2011, Mr. Trump was finally able to bring this ugly incident to its conclusion by successfully compelling President Obama to release his birth certificate," Miller said.
"Mr. Trump did a great service to the President and the country by bringing closure to the issue that Hillary Clinton and her team first raised," he added. "Inarguably, Donald J. Trump is a closer. Having successfully obtained President Obama's birth certificate when others could not, Mr. Trump believes that President Obama was born in the United States.
Trump was, for many years, the most prominent proponent of the "birther" movement, which claimed Obama was born outside the U.S. and thus ineligible to be president — despite the fact that he was born in Hawaii.
The statement came after an interview published by The Washington Post in which Trump declined to say whether he believed Obama was born in Hawaii.
"I'll answer that question at the right time," Trump told the paper. "I just don't want to answer it yet."
Asked by the paper whether his campaign manager, Kellyanne Conway, was accurate when she said in a recent television interview that her boss now believes the president was born in the U.S., Trump responded: "It's okay. She's allowed to speak what she thinks. I want to focus on jobs. I want to focus on other things."
Clinton seized on Trump's refusal during a speech Thursday night before the Congressional Hispanic Caucus Institute.
"He was asked one more time where was President Obama born and he still wouldn't say Hawaii. He still wouldn't say America," Clinton said. "This man wants to be our next president? When will he stop this ugliness, this bigotry?"
While Miller's statement suggests that Trump has believed the president was born in the U.S. since seeing his birth certificate, he has repeatedly stoked the issue in the years since.
In August 2012 — more than a year after the president released the document in April 2011 — Trump said on Twitter, "An 'extremely credible source' has called my office and told me that @BarackObama's birth certificate is a fraud."
Trump has said repeatedly during the campaign that he no longer talks about the "birther" issue, but has refused to retract his previous comments, despite numerous opportunities.
The statement from Trump's spokesman also makes the unsubstantiated claim that Clinton launched the birther movement during her unsuccessful primary run against Obama in 2008.
"Hillary Clinton's campaign first raised this issue to smear then-candidate Barack Obama in her very nasty, failed 2008 campaign for President," the statement claims. "This type of vicious and conniving behavior is straight from the Clinton Playbook. As usual, however, Hillary Clinton was too weak to get an answer."
Clinton has long denied the claim.
On Twitter, her spokesman Brian Fallon did not address that allegation, but said Trump's acceptance that Obama was born in the U.S. needed to come from the candidate himself.
"Trump needs to say it himself. On camera. And admit he was wrong for trying to delegitimize the country's first African American President," Fallon wrote.
Indeed, Trump himself has said that his aides shouldn't be trusted to speak on his behalf.
"Don't believe the biased and phony media quoting people who work for my campaign," he tweeted in May. "The only quote that matters is a quote from me!"
Copyright 2016 The Associated Press. All rights reserved. This material may not be published, broadcast, rewritten or redistributed.