Trump gets out of his shackles during Twitter rant 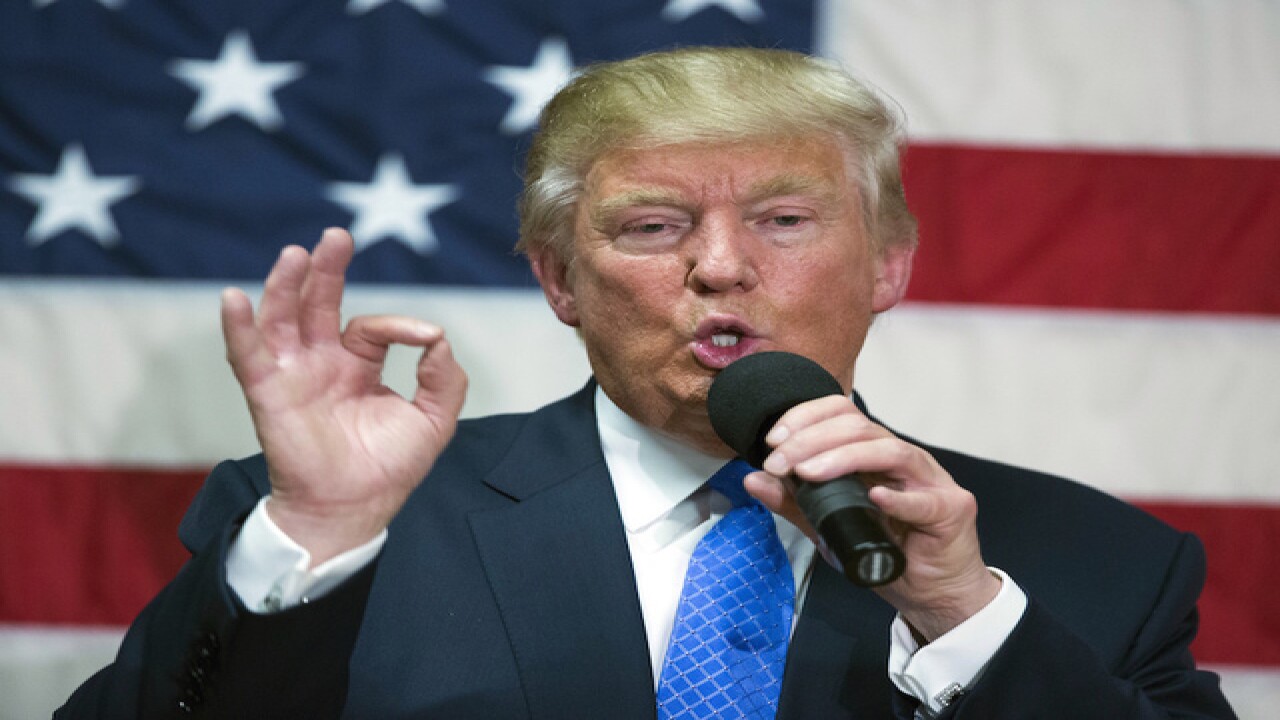 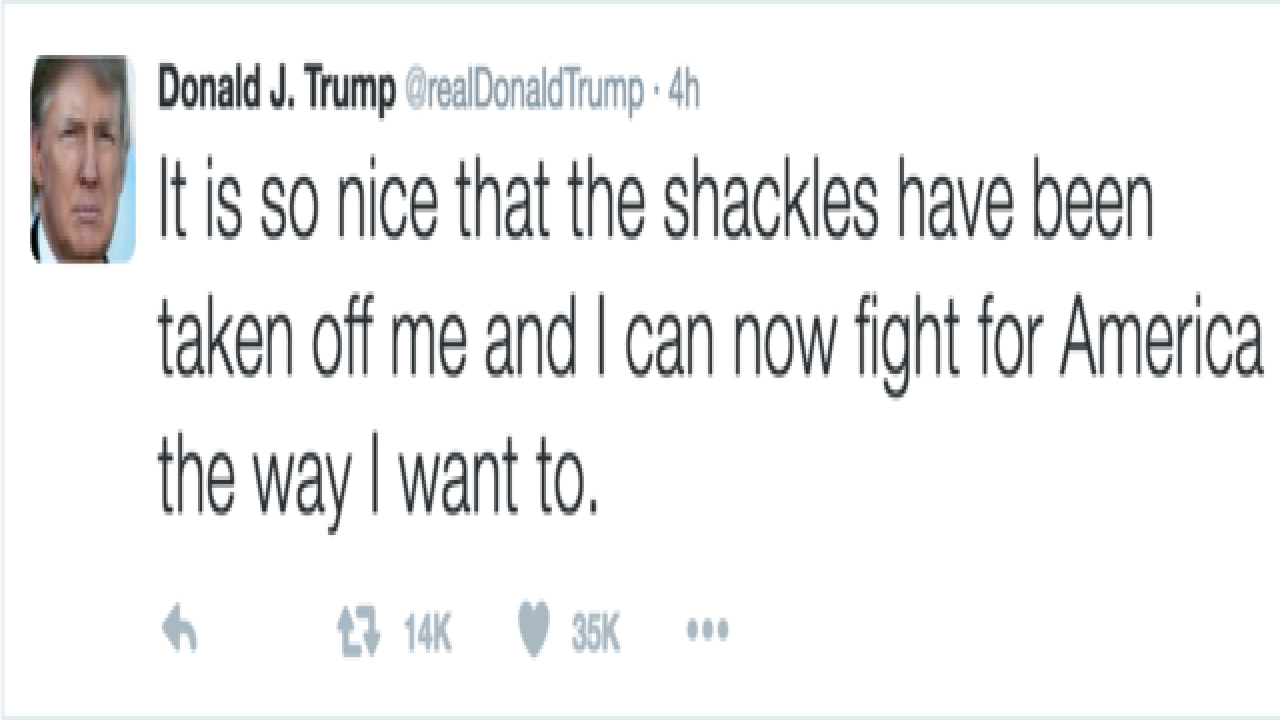 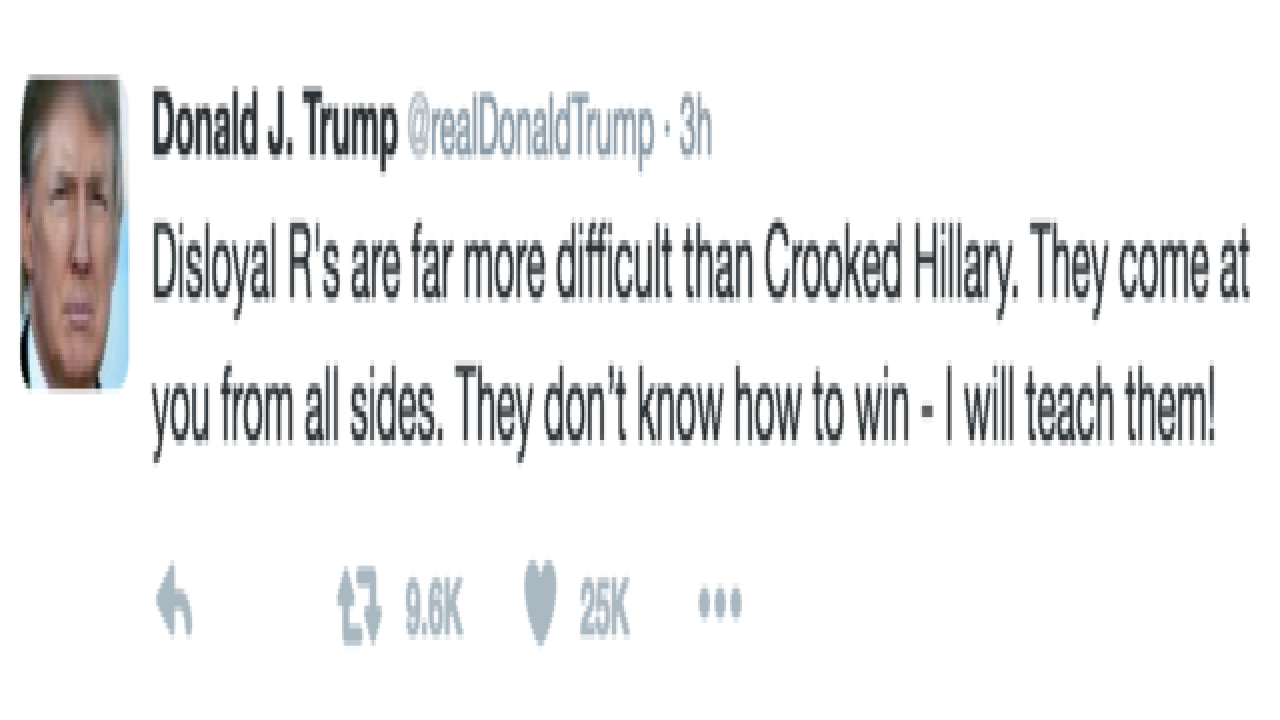 Following the release of a video containing lewd comments from 2005, Donald Trump spent Tuesday responding to GOP leaders who have since left Trump's side, claiming on Twitter that he is now out of his shackles.

"It is so nice that the shackles have been taken off me and I can now fight for America the way I want to," Trump said.

Despite earlier endorsements from Republican leaders, Trump has since lost support from US Senator John McCain, while Speaker of the House Paul Ryan said he will no longer campaign for Trump. Ryan told members of the House's GOP caucus to do what is best to keep the House of Representatives in Republican hands.

"Despite winning the second debate in a landslide (every poll), it is hard to do well when Paul Ryan and others give zero support!" Trump said in a tweet Tuesday. "Our very weak and ineffective leader, Paul Ryan, had a bad conference call where his members went wild at his disloyalty."

McCain is up for reelection in Arizona, and is coming off a primary challenge in the state. McCain did not have Trump's endorsement until the final days of his primary run.

“In addition to my well known differences with Donald Trump on public policy issues, I have raised questions about his character after his comments on Prisoners of War, the Khan Gold Star family, Judge Curiel and earlier inappropriate comments about women." McCain said in a statement. "Just this week, he made outrageous statements about the innocent men in the Central Park Five case.

“As I said yesterday, there are no excuses for Donald Trump’s offensive and demeaning comments in the just released video; no woman should ever be victimized by this kind of inappropriate behavior. He alone bears the burden of his conduct and alone should suffer the consequences."

Trump claimed that McCain is "foul-mouthed."

"The very foul mouthed Sen. John McCain begged for my support during his  primary (I gave, he won), then dropped me over locker room remarks!" Trump tweeted.

Last year, Trump claimed in an interview that McCain, a POW during the Vietnam War, was not a war hero because he was captured.