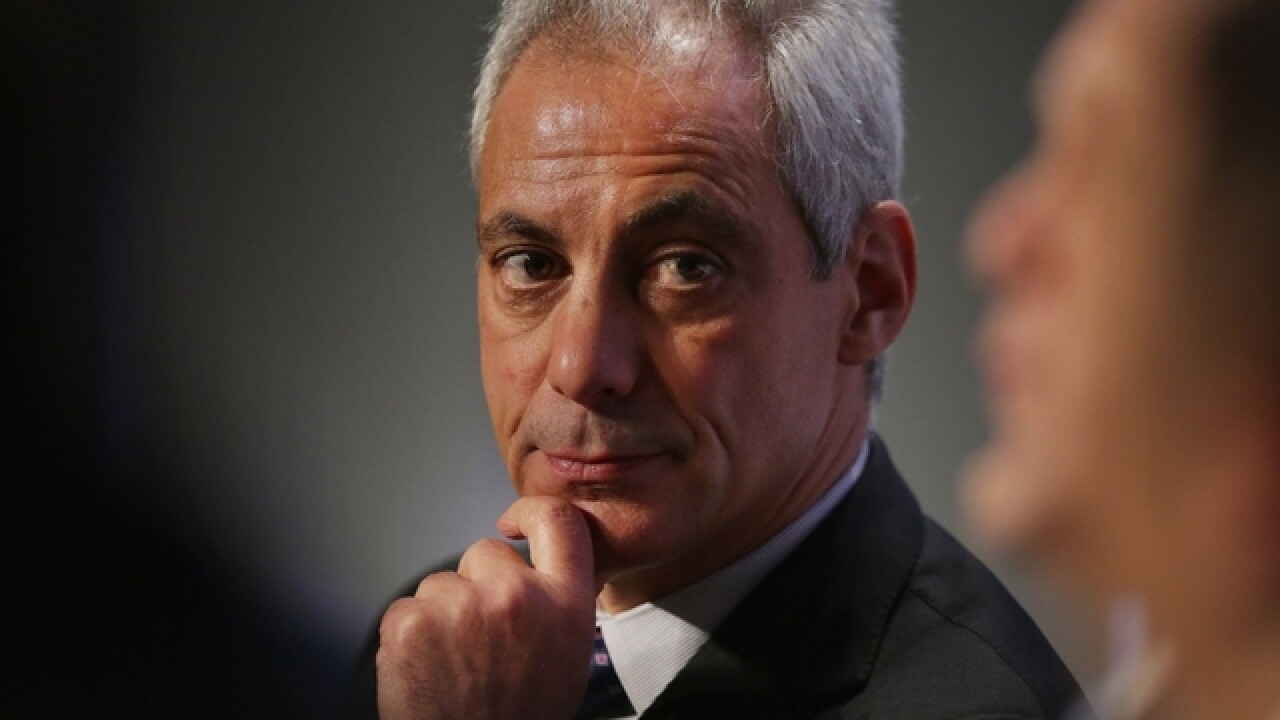 "Chicago murder rate is record setting - 4,331 shooting victims with 762 murders in 2016. If Mayor can't do it he must ask for Federal help!" Trump tweeted.

Trump's tweet accurately relayed Chicago's homicide numbers. And while they are not "record setting," The Chicago Tribune reports that homicides were up 60% from 2015 to the highest levels in 20 years.

Emanuel, who was President Barack Obama's chief of staff from January 2009 to October 2010, met with Trump in New York last month, urging the President-elect to continue the Deferred Action for Childhood Arrivals program until a modernized immigration system can be decided by Congress.

Emanuel's administration said Monday it looks "forward to working with" Trump on crime.

"As the president-elect knows from his conversation with the mayor, we agree the federal government has a strong role to play in public safety by funding summer jobs and prevention programming for at-risk youth, by holding the criminals who break our gun laws accountable for their crimes, by passing meaningful gun laws, and by building on the partnerships our police have with federal law enforcement," said Adam Collins, Emanuel's director of communications, in a statement following Trump's tweet.

He added: "We are heartened he is taking this issue seriously and look forward to working with the new administration on these important efforts."

The Trump transition team did not immediately respond to a request for comment about what federal help his administration might offer Chicago to combat homicide.

"What Rahm needs to do is he does need to work with President-elect Trump when he's President and ask for the federal help that will allow him to break up these pockets of very bad people and let his police work on commuting policing," he said. "This combination works."

This isn't the first time Trump has talked about Chicago's crime rate. Often on the campaign trail, Trump would mention Chicago while suggesting that controversial tactics such as stop-and-frisk could help address the issue.

"A policy like stop-and-frisk could save thousands of lives in a city like Chicago, just like it saved thousands of lives in New York. Overwhelmingly, this will save African-American and Hispanic lives -- citizens who are entitled to the same protections as every American," Trump said during a September rally in Florida.

While stop-and-frisk policies are used in various US cities, the aggressive implementation of stop-and-frisk in New York was ruled unconstitutional by a federal judge in 2013, who said the policy violated the rights of minorities who were disproportionately targeted.

The focus on Chicago homicides comes as Obama is set to deliver his farewell address to the nation on January 10 from his home city, he announced Monday.

"I'm thinking about them as a chance to say thank you for this amazing journey, to celebrate the ways you've changed this country for the better these past eight years, and to offer some thoughts on where we all go from here," Obama said of his planned Chicago farewell speech.