Trump Cabinet picks on climate change: It's not a hoax 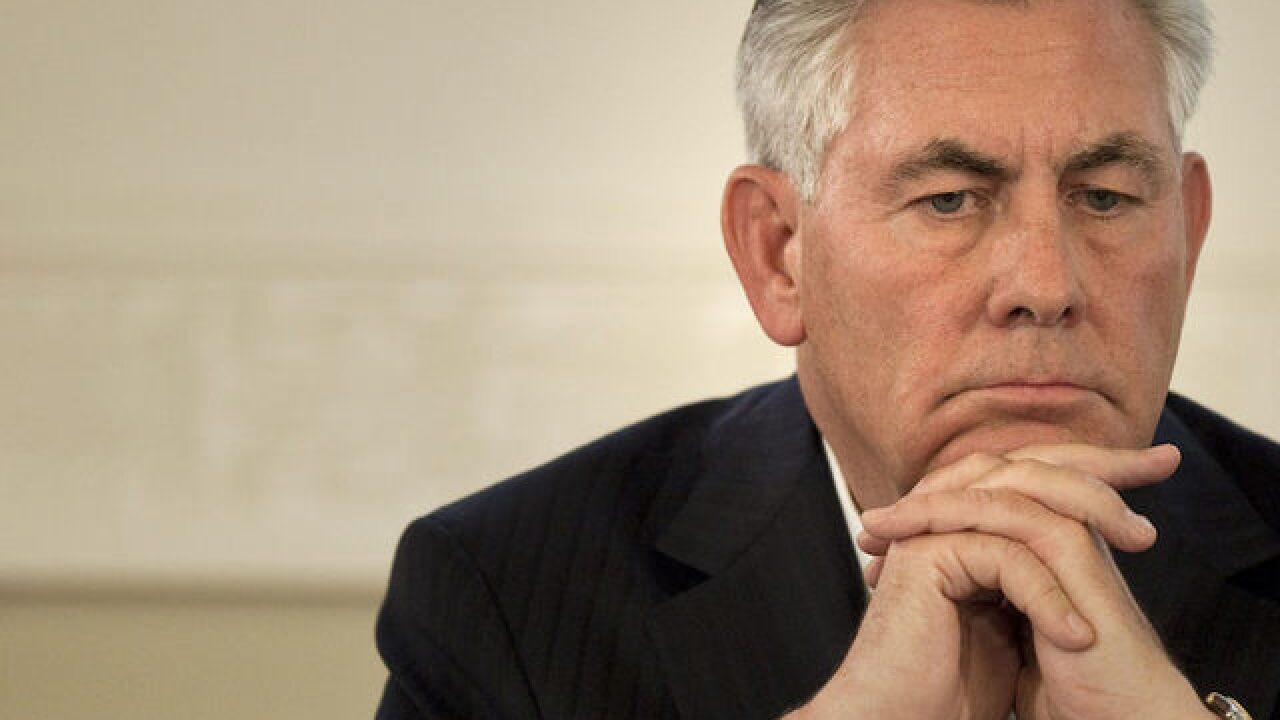 By: CNN
Posted at 8:42 PM, Jan 17, 2017
WASHINGTON (CNN) -- President-elect Donald Trump's pick to lead the Interior Department Tuesday was pressed to answer whether he agreed with Trump's past statements that climate change is a "hoax."
And in what appeared to be a break with the President-elect, Ryan Zinke said clearly: "I don't believe it's a hoax." Last week, Trump's choice for secretary of state Rex Tillerson offered a similar view.
But neither break was as clear-cut as it might have appeared, despite both Zinke and the former ExxonMobil CEO's attempts to use more palatable language in expressing their views on climate change.
Yes, Trump once called climate change a "hoax" invented by the Chinese, and during his campaign for president, he repeatedly called into question the scientific community's overwhelming conclusions that human activity has caused global warming.
But Trump, too, has also more recently acknowledged "some connectivity" between human activity and climate change.
And just like his Cabinet picks, Trump has argued that there is an ongoing debate about "how much" man-made emission of greenhouse gases have contributed to the changing climate. And he has made clear that he is more concerned about the economic effects of restricting the fossil fuel industry than the environmental and human cost of climate change and its effects.
"It also depends on how much it's going to cost companies," Trump said during a November meeting with New York Times reporters and editors after his election.
In the rest of his exchange with Vermont Sen. Bernie Sanders during his hearing, Zinke acknowledged that the "climate is changing" and that "man has had an influence." But his climate skepticism didn't vanish altogether.
"I think where there's debate on it is what that influence is. What can we do about it?" Zinke said, adding that the US should be "prudent" about how it tackles climate change and argued that there is "a lot of debate" surrounding scientific conclusions about climate change even though the scientific community's consensus about the human causes of climate change is overwhelming.
Zinke went on to say that he believes in "all the above energy" policies.
Tillerson, for his part, said during his confirmation hearing he believes "the risk of climate change does exist," "the increase in greenhouse gas in the atmosphere are having an effect" and vaguely offered that "action should be taken."
But just like his would-be counterpart at the Interior Department, Tillerson gave no indication of what that "action" would look like or whether it would be a priority. Tillerson also questioned science's ability to predict the effects of man-made activity on climate change.
"The increase in the greenhouse gas concentrations in the atmosphere are having an effect. Our ability to predict that effect is very limited," he said, a statement at odds with scientists' assessments of most climate change effects.
Zinke in particular discussed his skepticism of climate change in more palatable terms than Trump's denunciations of the issue as a "hoax," but didn't abandon his views altogether -- views he previously expressed in more direct terms.
Zinke said in 2014 that while climate change is "not a hoax ... it's not proven science, either."
He also said climate change wasn't "settled science."
Tillerson, for his part, took steps in his leadership of the world's largest oil company to acknowledge the reality of climate change and supported global action on the issue.
But it's in Trump's choice to lead the Environmental Protection Agency that the President-elect's climate skepticism is most going to come into play.
And to lead the agency, Trump appointed one of the most blunt climate change deniers of all his Cabinet picks: Scott Pruitt, who has spent much of his tenure as Oklahoma's attorney general fighting EPA regulations on pollution.
"Scientists continue to disagree about the degree and extent of global warming and its connection to the actions of mankind," Pruitt wrote in National Review last year, a statement that flies in the face of the scientific consensus.
And in his lawsuits against the EPA, Pruitt even argued against the EPA's regulations on mercury, challenging scientific conclusions connecting mercury to brain damage.
The-CNN-Wire
™ & © 2017 Cable News Network, Inc., a Time Warner Company. All rights reserved.
Copyright 2017 Scripps Media, Inc. All rights reserved. This material may not be published, broadcast, rewritten, or redistributed.