Trucker accused of keeping women as sex slaves gets 20 years 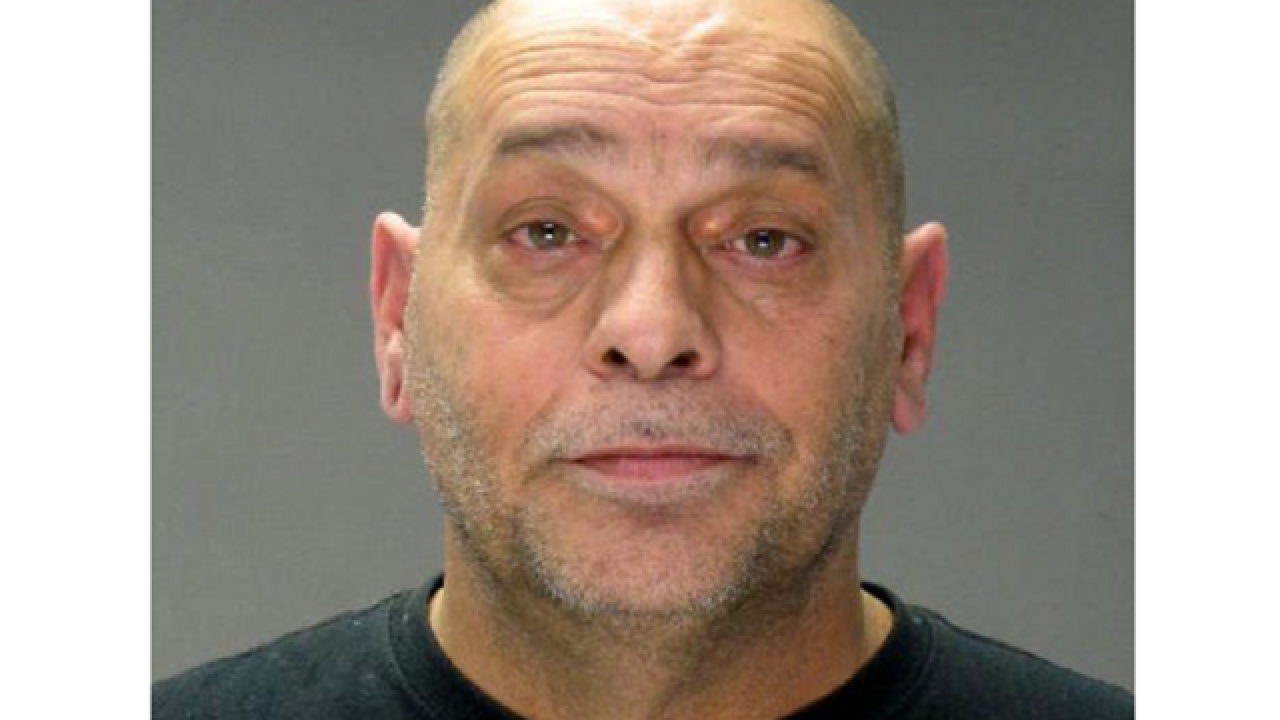 SALT LAKE CITY (AP) — A Utah trucker who pleaded guilty to keeping women as sex slaves in his semi-trailer as he drove across the country was sentenced Wednesday to 20 years in prison.
Timothy Jay Vafeades, 56, sexually assaulted and brutally beat the victims almost daily after trapping them in his truck and forcibly grinding down their teeth, federal prosecutors said.
One woman told a judge that her months-long ordeal began when she got into his truck to go to dinner with him. She started to worry when realized they weren't going toward any restaurants.
"He then said, 'I got you now. You are mine,'" she said. The vampire-obsessed truck driver controlled nearly every aspect of her life, including how she used the bathroom, she said.
Vafeades, wearing glasses and a gray striped jail jumpsuit, gave a short, emotional apology at a sentencing hearing.
"I am sorry for my life. I am sorry for not recognizing myself and what a monster I am," he said.
U.S. District Judge David Nuffer said the abuses the women said they suffered were some of the worst things he'd ever come across.
Reading their statements was traumatic, "and I didn't have to live it," he said.
The judge handed down a sentence in line with a plea deal Vafeades made with prosecutors. Nuffer also ordered treatment and a lifetime of court supervision after his release.
Vafeades also suffered serious abuse as a child and repeated that pattern with his victims, his lawyer Vanessa Ramos said, though she disputed unspecified details of the victims' accounts.
Prosecutors said Vafeades was obsessed with vampires, calling his truck the "Twilight Express" and using Photoshop to make images of himself with coffins.
He wore his own set of vampire fangs, but his habit of grinding down his victims' teeth wasn't related to his fascination — he did it to fix some perceived flaw and instead left them with permanent damage, said prosecutor Trina Higgins.
"He had the ability to manipulate and brutalize these women beyond anything we could comprehend," she said.
He abused six women in similar ways over two decades, she said. Charges were filed charged in two cases of women aged 18 and 19. The other cases date back up to 20 years and were too old for criminal cases when the allegations came to light, authorities have said.
Vafeades was arrested after officers at a Minnesota weigh station noticed bruises on the 19-year-old woman's face and discovered an old restraining order barring Vafeades from contacting her, according to charging documents.
She knew Vafeades and voluntarily came to work with him, but when she decided to leave he attacked her, prosecutors said.
After his 2014 arrest, a second woman went to authorities to report she had been held captive in Vafeades' truck, according to the warrant.
Vafeades pleaded guilty in June to two counts of transporting for illegal sexual activity. Two kidnapping charges were dropped in exchange.
Higgins acknowledged the sentence could be considered short for the seriousness of the charges, but the plea deal brought closure to the victims and spared them from having to testify, she said. Had he gone to trial he could have gotten a maximum of about 25 years, she told the judge.
Copyright 2016 The Associated Press. All rights reserved. This material may not be published, broadcast, rewritten or redistributed.