Tropical Storm Olivia bears down on Hawaii: 'We're not out of the woods' 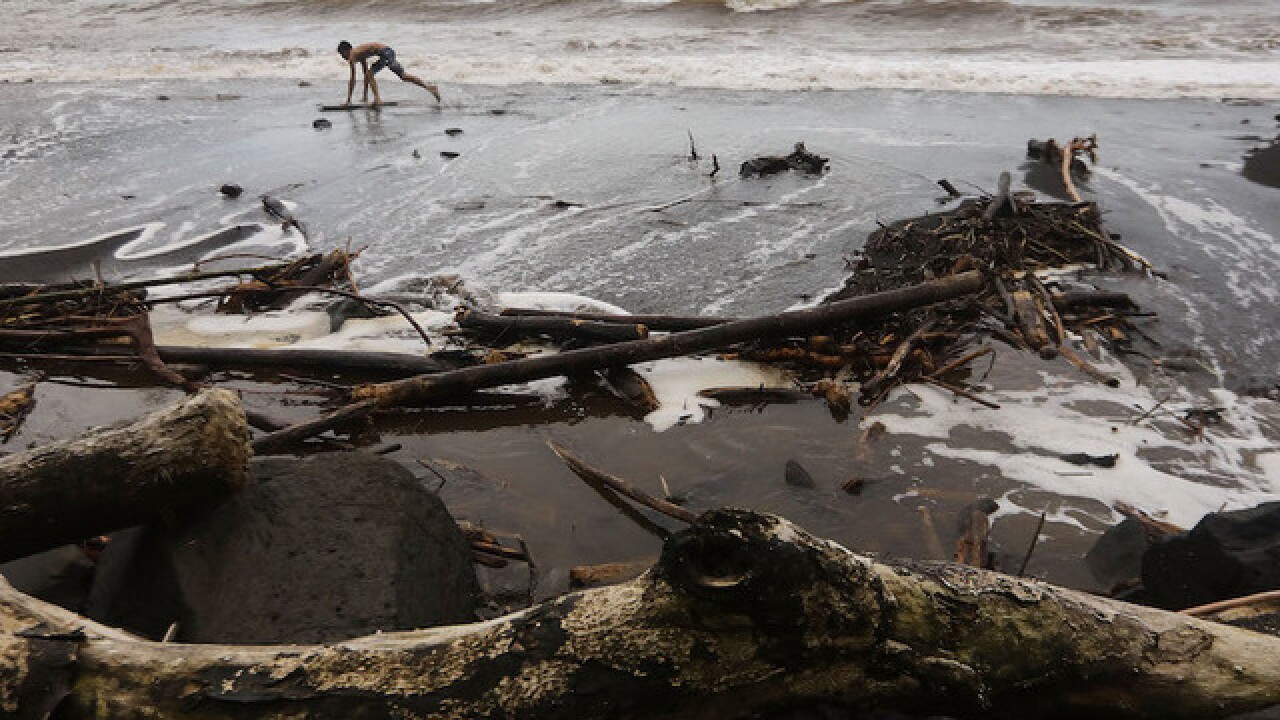 Image copyright 2018 Getty Images. All rights reserved. This material may not be published, broadcast, rewritten, or redistributed.
Mario Tama
<p>A young bodyboarder runs near the remains of trees destroyed by flooding from the former Hurricane Lane at Honoli'i Beach Park on August 26, 2018 in Hilo, Hawaii.</p>

Tropical Storm Olivia is weakening as it approaches Hawaii, but it still may bring flooding rains and damaging winds as it moves over the state's main islands.

A tropical storm warning is in effect for the island of Oahu, and Maui and Hawaii counties.

As of 11 p.m. local time Tuesday (5 a.m. ET Wednesday), Olivia was about 125 miles east of Kahului on Maui and 215 miles east of Honolulu. The storm was moving west-southwest at 8 mph, with maximum sustained winds of 45 mph, the Central Pacific Hurricane Center said.

"Tropical storm #Olivia continues to weaken but we're not out of the woods," Honolulu Mayor Kirk Caldwell tweeted Tuesday evening. "Tonight into tomorrow morning we could see heavy rain and tropical storm force winds, both of which have the potential to cause significant damage."

Olivia is forecast to weaken during the next 48 hours but will remain a tropical storm for the "next day or so," the hurricane center said.

"Although Olivia is weakening, flooding rainfall, high surf, and damaging winds are expected in the warning area," the center said. "Significant impacts can occur well away from the center, especially when considering that the mountainous terrain of Hawaii can produce localized areas of strongly enhanced wind gusts and rainfall."

The center warned that wind gusts can be stronger near higher terrain, on the upper floors of tall buildings and especially through gaps between mountains.

Residents were warned to prepare for an increase in rain over portions of the main islands overnight Tuesday and Wednesday. The storm is expected to produce 5 to 10 inches of rain, though some areas could see as much as 15 inches.

The Hawaii Tourism Authority warned that severe weather effects could extend statewide and said visitors and residents should ensure they have an adequate supply of food, water, medications and essential goods.

All post offices and public schools in Maui County will be closed Wednesday, with a number of other Hawaiian schools and universities also closed, CNN affiliate KHON in Honolulu reported.

Olivia follows Hurricane Lane, which dropped more than 50 inches of rain last month on Hawaii, the second-highest rainfall total from a tropical cyclone in the United States since 1950.