Epsilon not expected to impact US 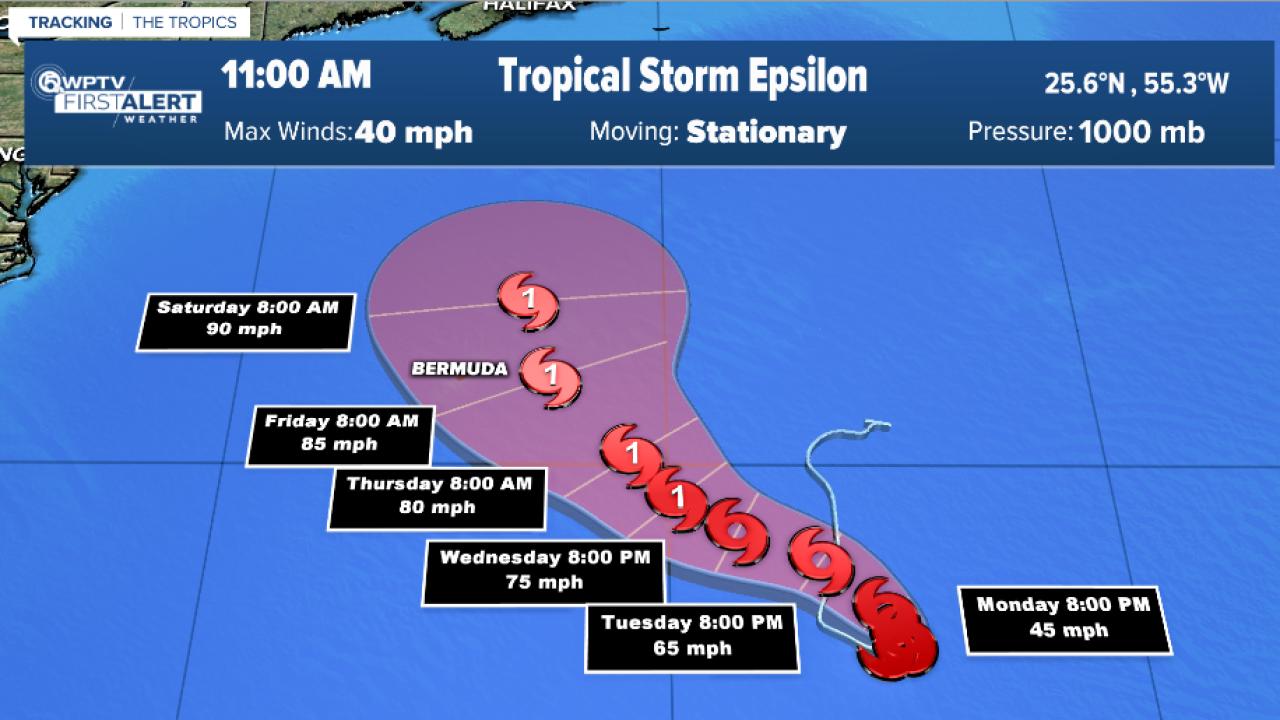 Tropical Storm Epsilon has strengthened into a Category 1 hurricane.

As of 11 p.m. Tuesday, Epsilon is moving toward the northwest near 13 mph.

This general motion is expected to continue tonight, followed by a slightly slower west-northwestward motion on Wednesday.

A turn toward the north-northwest is expected on Thursday.

On the forecast track, Epsilon is forecast to move closer to Bermuda on Thursday and make its closest approach to the island on Thursday night.

Epsilon now has maximum sustained winds near 75 mph with higher gusts. Additional strengthening is forecast during the next day or two.

A Tropical Storm Watch is in effect for Bermuda.

The last-named storm of the 2020 season was Hurricane Delta. Delta made landfall in Louisiana on Oct. 9 as a strong Category 2 hurricane.

This story originally reported by Kahtia Hall on WPTV.com.