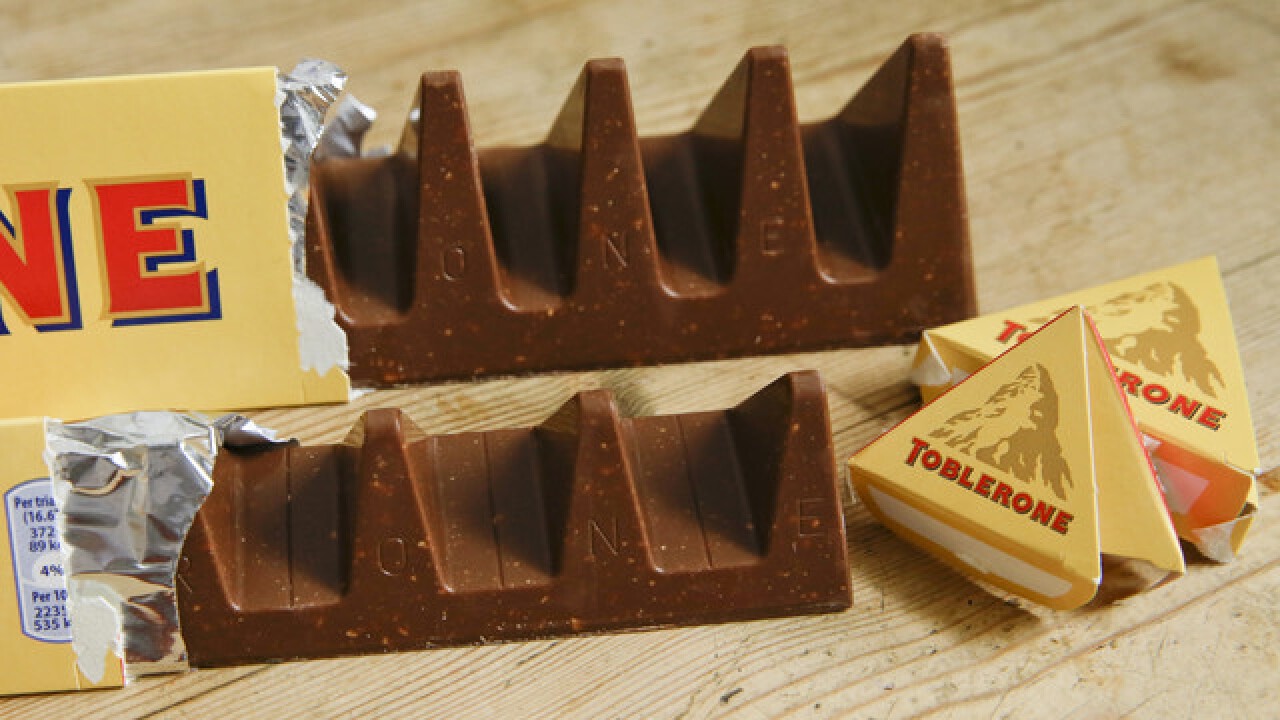 Some candy fans are unhappy with the makers of one of their favorite chocolate bars.

Loyal fans of Toblerone have discovered that the distance between the triangular chunks in the chocolate bar have expanded.

The extra space means less chocolate -- about 10% less per bar.

Mondelez International, which produces the candy, says rising ingredient prices are to blame for the change. They say this way the price remains the same, even though customers get less chocolate.

The change caused such an uproar that Toblerone was trending on Facebook on Tuesday.