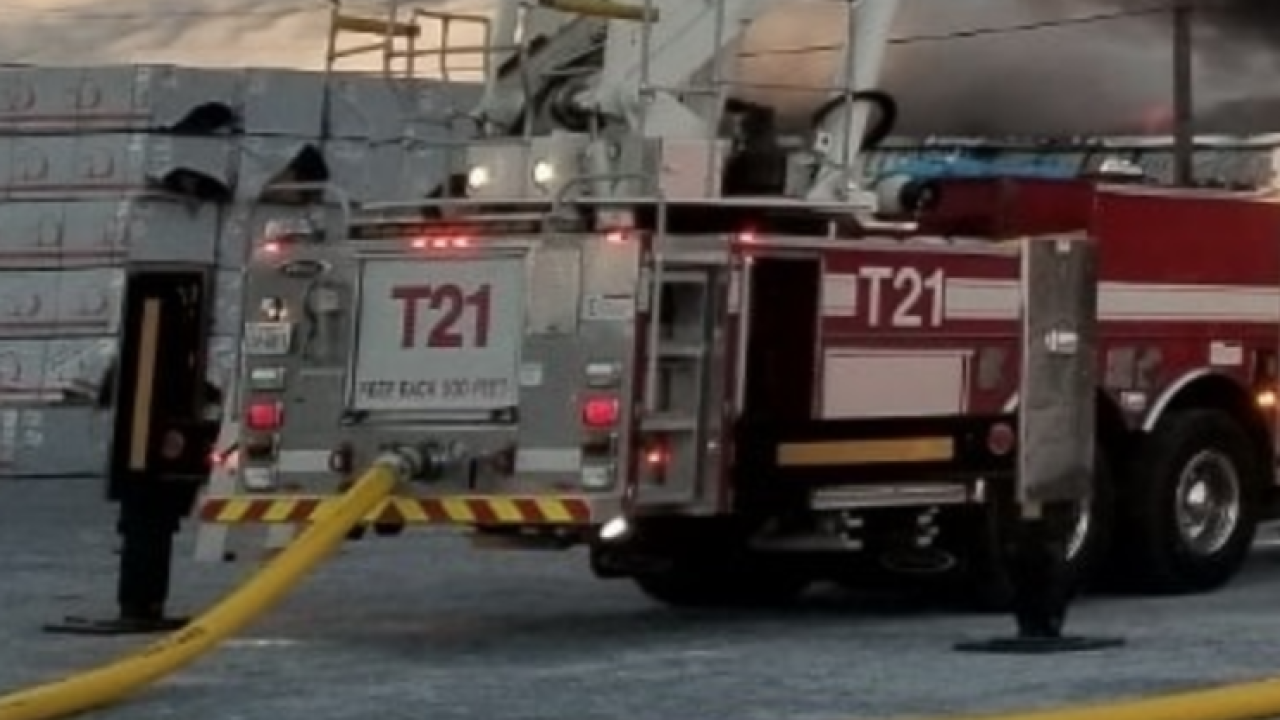 The fire remained active on Thursday, one day after a pair of explosions at the plant rocked the town of Port Neches. The explosions could be felt from up to 30 miles away, and blew out windows near the plant.

Branick said that the situation was improving on Thursday, but that "doesn't mean we shouldn't exercise great caution."

A 4-mile radius was evacuated from the plant amid fears of further explosions.

Branick told reporters on Thursday that officials plan to visit the site of the plant on Friday as residents spent a second night forced from their homes.

Branick said that the fire at the plant wasn't being controlled, but officials were working to contain the inferno.

"The firefighters are doing an incredible job for their community," Branick told reporters.

Despite the size and scope of the explosions, only three people suffered injuries, and no fatalities were reported.

Officials continue to monitor the air quality near the plant. The real-time air monitoring results continue to show no actionable levels above state and federal regulatory guidelines, officials said.

TPC Group operates the manufacturing plant. The plant processes C4 hydrocarbons, producing butadiene and raffinate and stores MTBE. The incident began at a tank with finished butadiene. Butadiene is used in the production of synthetic rubber used for tires and automobile hoses.

The plant employs 175 people, and roughly 30 were on site at the time of the first explosion. The plant makes products for chemical and petroleum companies.

All personnel are fully accounted for, TPC Group said.