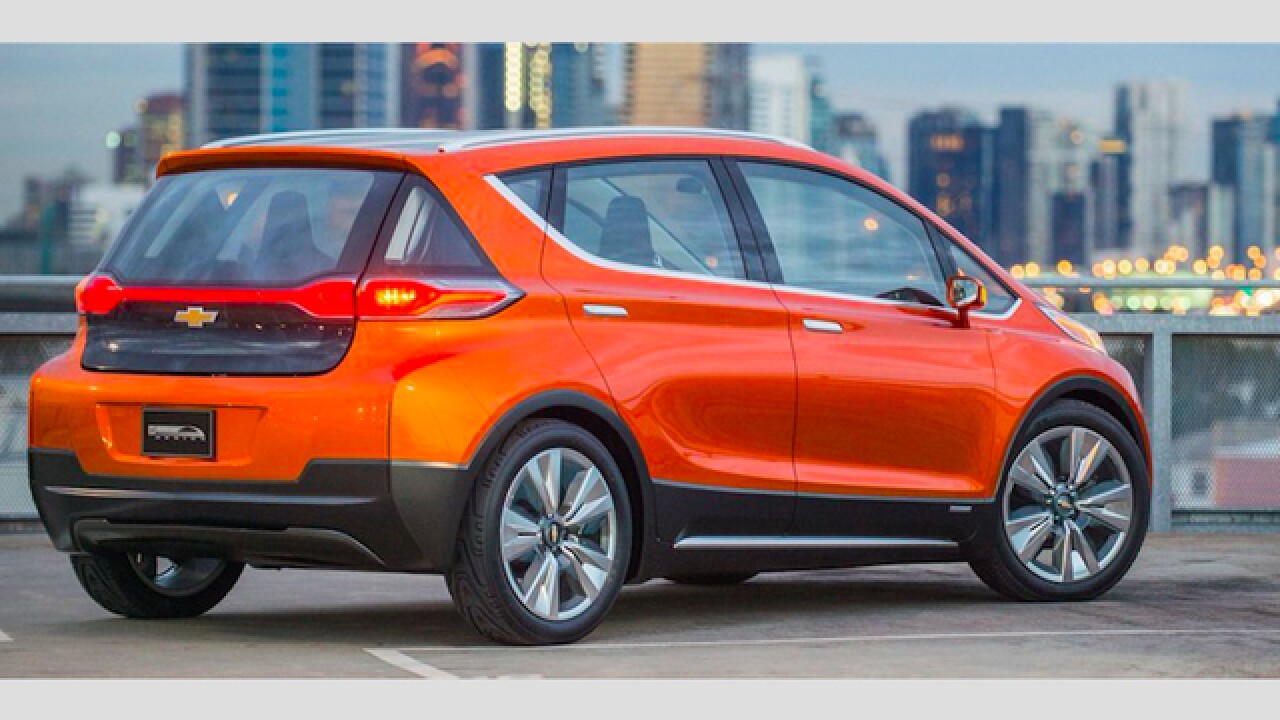 Chevrolet
<p>General Motors unveiled the 2017 production model of the Chevy Bolt on Wednesday at the Consumer Electronics Show in Las Vegas. The Bolt is meant to be an affordable long-range electric vehicle, and the company's follow up to the acclaimed Chevy Volt. The car was introduced as a concept in January 2015, and the company is set to start production by the end of this year. Source: Chevrolet</p>

It was the third significant honor for the breakthrough car. The Bolt had already won the Motor Trend Car of the Year honor in November, as well as the Green Car of the Year award given out at the Los Angeles Auto Show.

The Bolt is estimated to go 238 miles on a single charge. At an expected price of $30,000 after tax breaks, the plug-in Bolt will be less than half the price of the only other cars go more than 200 miles on a charge — the Tesla Model S and Model X. The first of the Bolts were sold in California last month, with a national roll out anticipated later this year.

The Bolt beat out the Genesis G90, the key to Hyundai's attempt to establish a new luxury brand. It also beat the Volvo S90.

The car, truck and utility of the year awards are given to new or significantly redesigned vehicles at the Detroit Auto Show by a panel of media members who do car reviews. Winners are typically hyped in the the automakers' marketing efforts that follow.