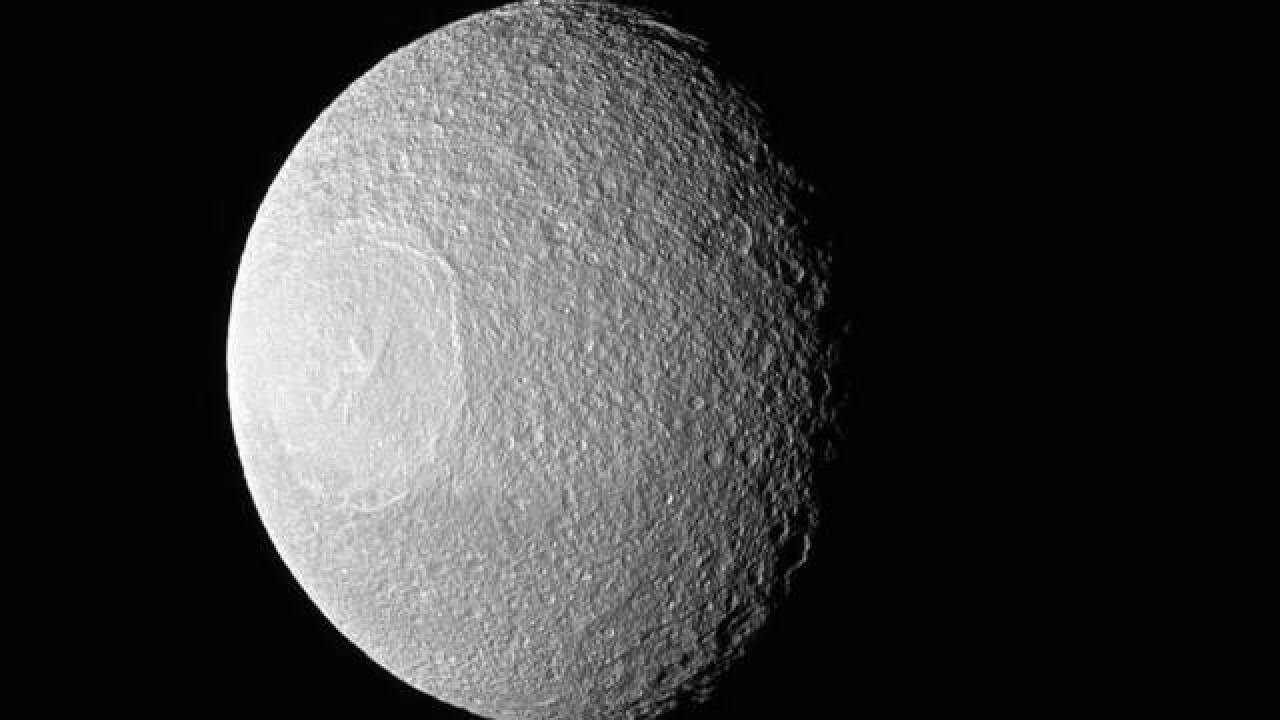 (CNN) -- If you ask Star Wars fans, they will tell you the connection is strong with this one.

This week, NASA released a stunning photo of Tethys, a large moon circling Saturn. But all people are talking about is how strangely similar it looks to the Death Star.

Like the Death Star, Tethys has a large, distinctive crater that NASA has named Odysseus.

But unlike the Death Star, its rock core and icy surface protects it from internal combustion. Sorry, Han and Luke.

The photo was taken by NASA's Cassini spacecraft, which has been sending back some jaw-dropping images from the ringed planet.

The moon -- can we just call it "Teth Star"? -- is Saturn's fifth-largest. And its distinctive shape is a result of its own star war.

NASA attributes this moon's crater to the result of external impacts. While those impacts don't make Tethys unusual as far as moons go, it does make for a daunting resemblance looming not so far away.