These cities have the worst roach and rodent infestations 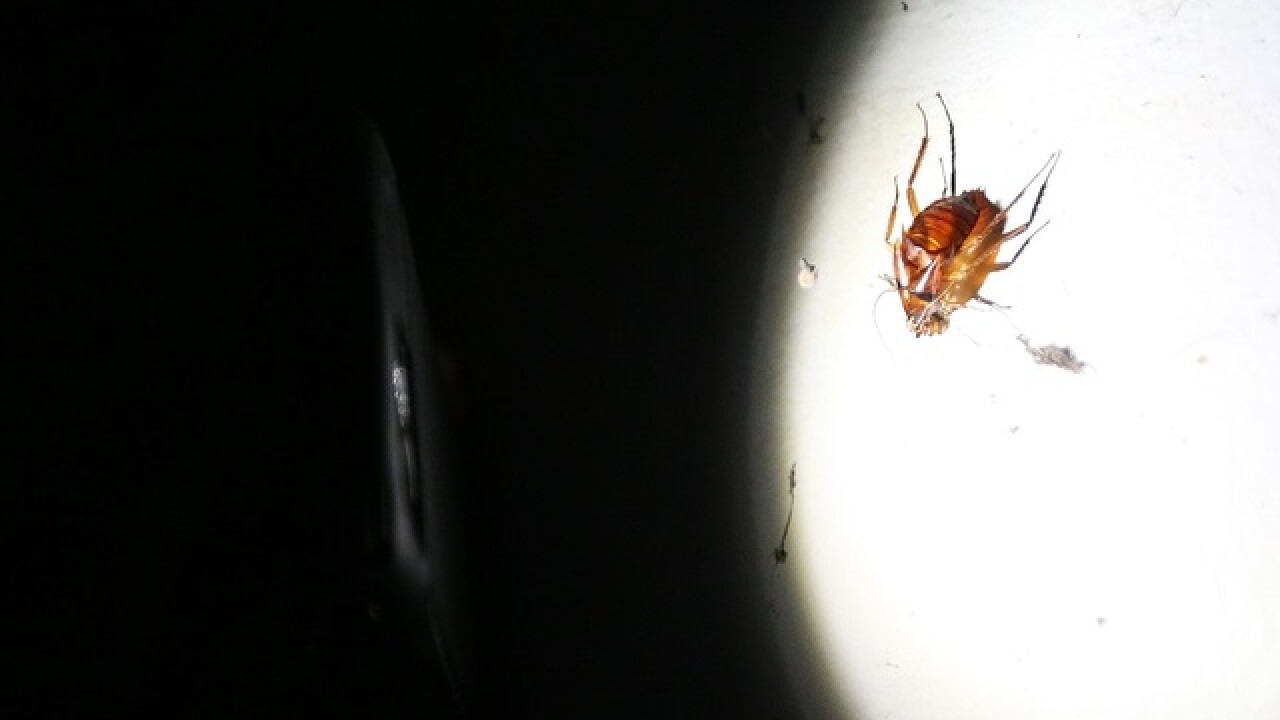 Copyright 2017 Scripps Media, Inc. All rights reserved. This material may not be published, broadcast, rewritten, or redistributed.
Mario Tama

(CNN) -- If you live in or are planning to live in a big American city, it's safe to say you may have some unwanted, many-legged roommates, according to the US Census Bureau's most recent study of housing quality across the country.
The Northeast is a great place to settle down -- if you're a rat. The South is a terrific spot to make your bed -- if you're a roach.
Every two years. the Census Bureau conducts a housing survey that measures everything from how much electricity you're using to how you found your home in the first place.
Respondents are also asked to report on the quality of their living situation, including whether any unwanted critters are sharing their space.
Philadelphia, Boston and New York are the cities at the top of the list of reported rodent infestations in the bureau's most recent American Housing Survey.
According to the 2015 data, 18% of all households in Philadelphia report they've had mice or rats in their homes. That number is 16.9% for Boston and 15.4% for New York.
Paul Curtis, an entomologist and technical services manager at Terminix, isn't surprised that Northern cities have a high percentage of households with rodents. Terminix is the largest termite and pest control company in the United States, operating in 48 of the 50 states, according to the company. Curtis has been working for the company for 20 years.
Northern cities with a high population density have plenty of places for rodents to hide and survive underground, including sewer and subway systems, he said.
"There are all sorts of hidden and forgotten structures under the city where they can go to reproduce," Curtis said.
When it comes to cockroach infestations, the South reigns supreme. Forty-one percent of households that responded to the survey in New Orleans reported having cockroaches.
Of the top 10 cities with the most reported cockroaches, nine are in the South.
Curtis attributes this trend to the warmer temperatures in the South. Roaches are warm-blooded, and the warm weather allows them to live in a habitat where they can thrive, Curtis said.
"The warmer it is, the faster they can complete their reproduction cycle," he said.
Houston follows New Orleans, with 38% of households reporting cockroaches. Miami, Atlanta, Phoenix and Raleigh, North Carolina, are close behind, with between 32% and 18% of households with cockroaches.
New York holds the dubious distinction as the only city on both top ten lists. Third on the list of rodent infestations, the Big Apple is also 10th in cockroach reports, with 15.6% of households reporting the insects.
"In New York, there's structure on top of structure, and there are vast structures underneath the city both for roaches and rodents," Curtis said.
Even though New York scored high on both lists in 2015, these statistics are actually better than the city's 2013 numbers. In the Census Bureau's 2013 survey, 19% of households reported rodents and 17% of households reported cockroaches.
Part of that could be due to the New York City Health department's attempts at reducing the presence of these unwanted animals in city homes.
"New York City's climate, older buildings and population density are the main reasons for the presence of vermin in homes," said Julien Martinez, New York City Department of Health and Mental Hygiene assistant press secretary. "The Health Department has devoted unprecedented funds and staff to target rodents in homes and neighborhoods."
In fiscal year 2016, the department spent $3 million on the "rat reservoir program," which targeted the presence of rats in 45 neighborhoods across the city, Martinez said. The program funded repeat inspections, treatments and outreach to owners about how they can prevent rat infestations.
The-CNN-Wire
™ & © 2017 Cable News Network, Inc., a Time Warner Company. All rights reserved.
Copyright 2017 Scripps Media, Inc. All rights reserved. This material may not be published, broadcast, rewritten, or redistributed.