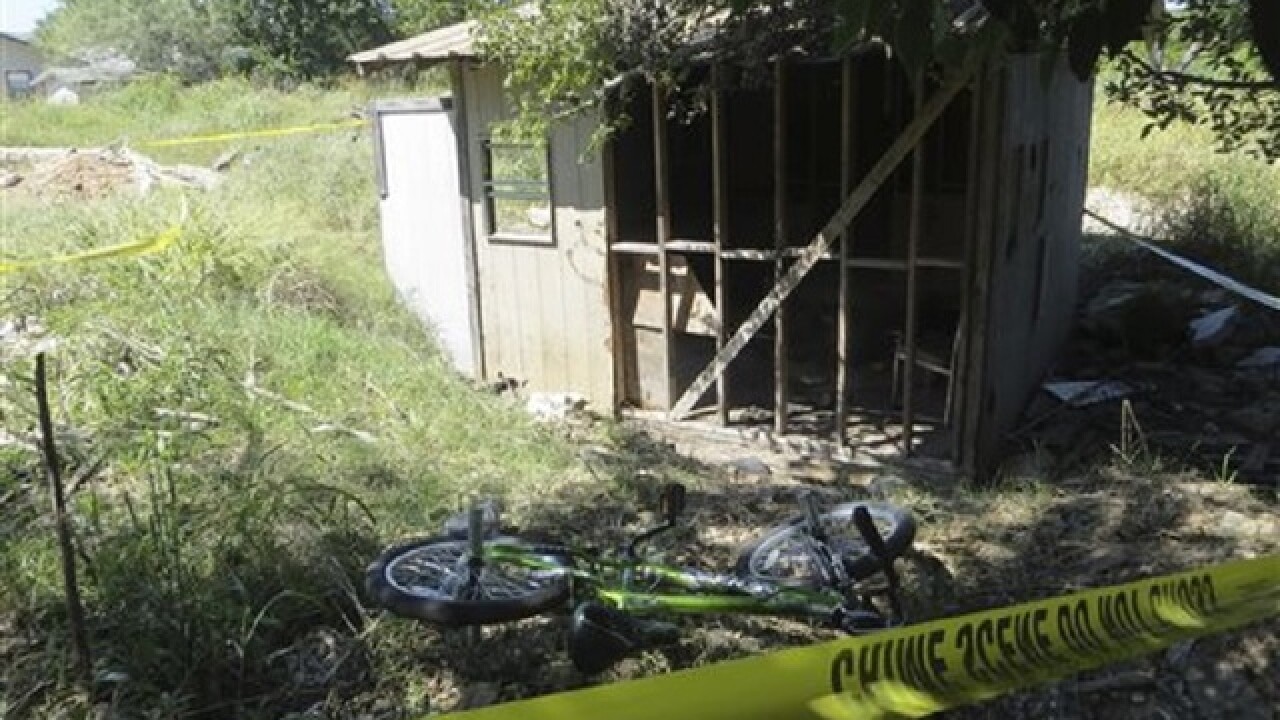 Posted at 9:07 PM, Oct 06, 2016
KERRVILLE, Texas (AP) — A Texas juvenile has been charged with arson after police say he tossed aside a burning gas canister that struck and seriously burned a 10-year-old boy, officials said Thursday.
City officials in Kerrville, 70 miles northwest of San Antonio, said the juvenile was arrested Wednesday. Officials haven't released the identity of the juvenile, who is charged with first-degree arson.
Police said the canister caught alight Sunday as the juvenile poured gasoline onto a fire in a shed and that he threw it aside, inadvertently striking the 10-year-old.
Officials haven't released the victim's name, but his family told media outlets he is Kayden Culp.
The victim's mother, Tristyn Hatchett, has said 20 percent of his body is burned, from ears to belly, and he has been in an induced coma. Hatchett said Kayden exhibits autistic behavior but hasn't been diagnosed.
Police Chief David Knight said four juveniles who were "friendly" with each other were in a shed where there was an initial fire. Knight, who didn't know how that fire started, said the juvenile who has been charged at one point left and returned with a gas canister in hopes of making the fire bigger.
He said that when the fire traveled up to the canister, the juvenile discarded it and it hit the victim.
"We have no indication that there was any premeditation involved to injure this child," Knight said.
WKBW