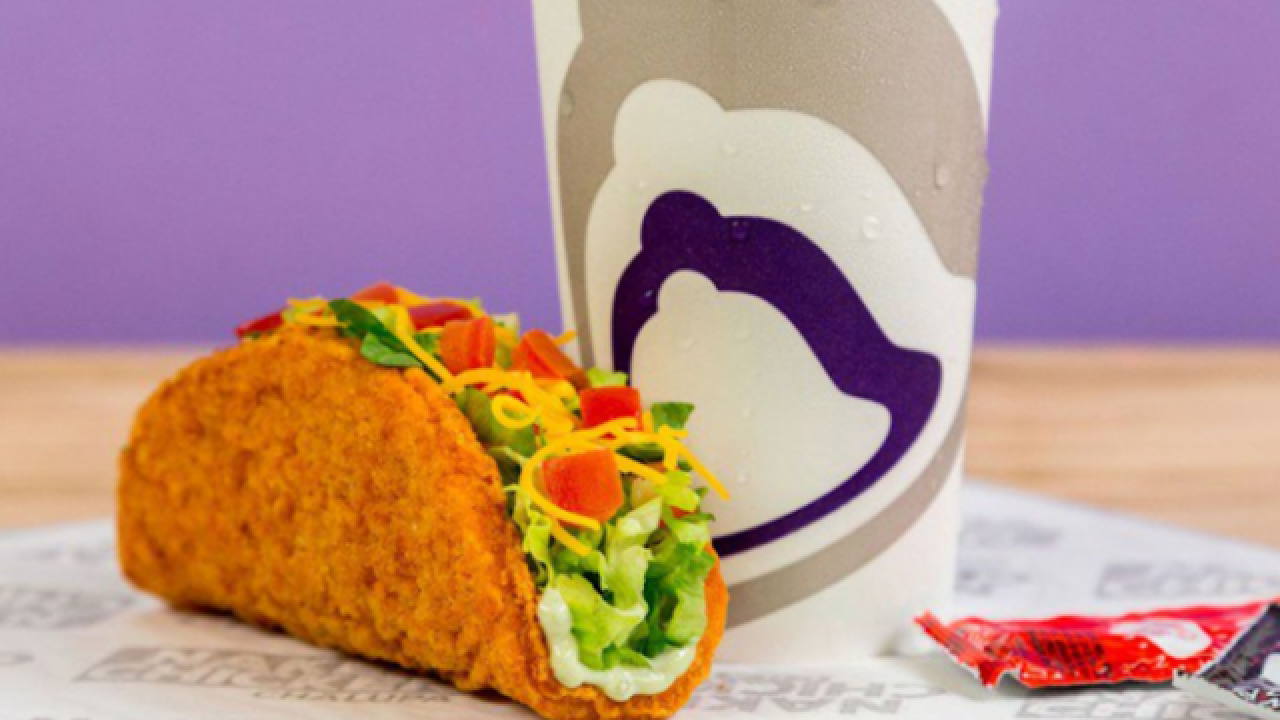 Copyright 2017 Scripps Media, Inc. All rights reserved. This material may not be published, broadcast, rewritten, or redistributed.
<p>You'll soon be able to get a taco with a shell made out of fried chicken at Taco Bell. (Portola Sky/Twitter)</p>

It’s not easy to top a taco shell made of Doritos, but Taco Bell appears to have outdone itself.

On Wednesday, the restaurant chain announced it would begin selling a taco with a shell made out of fried chicken later this month.

The item will cost $2.99. According to Bloomberg, the item could be added to Taco Bell’s menu permanently if it does well.

The shell is the chicken. The chicken is the shell. The #NakedChickenChalupa will be exposed January 26. pic.twitter.com/m26nRt5v9B

Taco Bell originally tested the fried chicken taco at Bakersfield, California restaurants in September 2015, and in Kansas locations in April 2016.

Yum! Brands, Taco Bell’s parent company, has taken fried chicken to daring places in the past. In 2010, KFC debuted the “Double Down,” a sandwich with bacon, cheese and mayo sandwiched between two fried chicken “buns.”