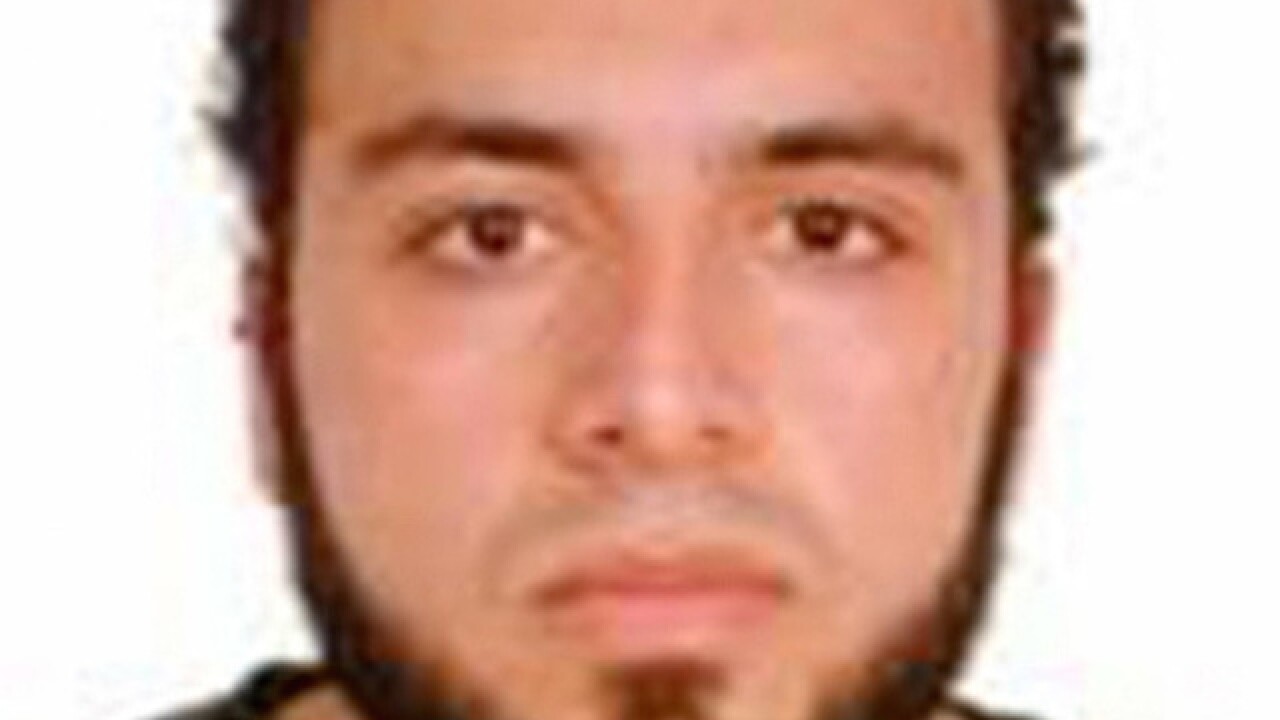 Handout
<p>UNSPECIFIED DATE AND LOCATION: (EDITORS NOTE: Best quality available) In this handout provided by the Federal Bureau of Investigation, Ahmad Khan Rahami poses for a mug shot photo. Rahami is a 28-year-old United States citizen of Afghan descent born on January 23, 1988, in Afghanistan. Rahami is believed to be connected to the Chelsea bombing from Saturday night, which injured 29 people. New Jersey State Police said he is wanted for questioning over a bombing earlier that day in Seaside Park, New Jersey. (Photo by FBI via Getty Images)</p>

ELIZABETH, N.J. (AP) — A man accused of setting off bombs in New Jersey and New York, injuring more than 30 people, pleaded not guilty on Thursday to charges he tried to kill police officers before they captured him.

An attorney for Ahmad Khan Rahimi entered the pleas as Rahimi appeared via video from his hospital bed in Newark. It was Rahimi's first public appearance since last month's bombings and police chase.

Rahimi, an Afghan-born U.S. citizen, has been hospitalized with gunshot wounds since a police shootout that led to his capture on Sept. 19 outside a bar in Linden. His head was propped up on pillows, while public defender Peter Liguori stood by his side wearing a disposable hospital gown and plastic gloves.

Rahimi, 28, is charged with five counts of attempted murder of a police officer and weapons offenses. He was read his rights by Judge Regina Caulfield and answered "yes" in a faint voice to a series of questions she asked him.

Rahimi has not made court appearances on federal charges in either state.

Officer Angel Padilla, who prosecutors say was shot by Rahimi, was in court along with fellow Linden officers.