Ruth Bader Ginsburg's injury: Why falls are so dangerous for older people 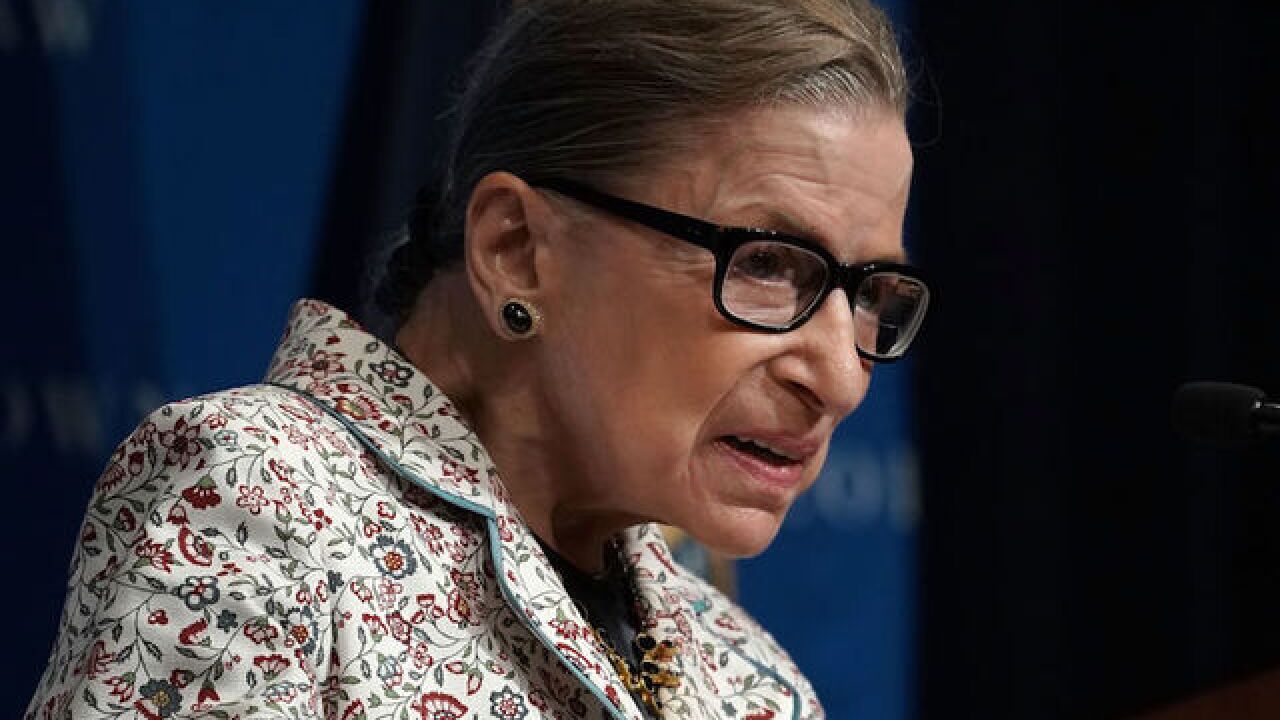 Ginsburg, 85, went home afterward, but she experienced "discomfort overnight" and went to George Washington University Hospital early Thursday, Arberg noted: "Tests showed that she fractured three ribs on her left side and she was admitted for observation and treatment."

Falls are "incredibly dangerous," said Dr. Adam Shiroff, director of the Penn Center for Chest Trauma and an associate professor of trauma surgery at Penn Medicine. "Every trauma center across the country sees falls as an incredible problem, particularly in the elderly."

How common are broken bones in the elderly?

Rib fractures are among the most common bone breaks in older adults. In one study of older adults, 33% of rib fractures were caused by moderate trauma, such as a fall, though 40% of cases showed no such obvious trauma and so were probably caused by something else, such as a cough or a repetitive movement, perhaps swinging a golf club or a garden rake.

The danger lies in life-threatening complications, which can occur when rib bones move out of alignment, leading to punctures and damage to the lungs, critical blood vessels or other organs, according to the Mayo Clinic.

"I would say dying from complications of rib fractures is twice that in the elderly population compared to the younger population," said Shiroff, who has not treated Ginsburg. "It's not necessarily the broken rib that causes these patients to do poorly. It's the underlying pulmonary mechanics that is the problem."

He said a rib fracture is "a broken bone, like anywhere else." However, you don't have to walk on a leg while it's broken, but "every time you breathe, the broken ribs move, so it's literally like walking on a broken leg."

What complications can result from broken ribs?

"People tend to breathe less with broken ribs, and that leads to multiple other problems, including a high risk of pneumonia, because they're not taking deep breaths," Shiroff said. There are also issues with adequate pain control, which is "paramount." Narcotic painkillers may dull the aches, but they also decrease a patient's ability to breathe, so they are "a double-edged sword," he added.

CNN Chief Medical Correspondent Dr. Sanjay Gupta also noted that "the biggest issue in anyone with a rib fracture is the pain and the impact on lung function. All of these risks are dramatically increased in the elderly."

Increasingly, trauma centers are providing surgery to rib fracture patients, particularly if the person has a "flail chest," in which a portion of the rib cage is separated from the rest of the chest wall, Shiroff explained. In these cases, a patient requires an operation to stop the rib from moving and to allow the lungs and chest to function in a normal fashion, Shiroff said.

Research suggests that anatomical differences between young and elderly people, including osteoporosis (more fragile bones) and decreased muscle mass, are the cause of higher death rates among the elderly.

Nearly 19% of older adults who broke three or four ribs died of complications, one study found.

"That's about right," Shiroff said. "There's an old saying: Once you get over a couple of rib fractures, it's about a 10% risk of dying per rib." Still, he cautioned that this is "older data, and that's before there was this aggressive push to fix these things early and not just rely on pain medicine for support."

What treatment will Ginsburg receive?

"A patient like the justice, having three rib fractures, will likely be observed in the ICU," Shiroff said, adding that a younger patient with the same condition might not spend a single night in the hospital. "So that's a profound difference and underscores the impact of being elderly."

After close monitoring in the ICU, she will probably be moved to the hospital floor, where her condition will be observed as she starts getting up and moving about, he said. If her pain can be managed, she will probably be sent home or to inpatient rehab, depending on the seriousness of her fractures.

Because a second fall is a dangerous possibility, trauma centers "make efforts to ensure that patients have homes that are safe," Shiroff said. "A member of the health care team will actually go to the patient's home and evaluate them for things that may lead to further falls."

Rugs that aren't appropriately tacked down and coffee tables in between the bedroom and the bathroom are common issues. "If that coffee table has been there for 30 years, why move it now? But the patient is 30 years older," he said.

It's well-known that Ginsburg loves to exercise and so is said to be in good physical condition despite previous health issues. In November 2014, for example, she underwent a surgical procedure to place a stent in her right coronary artery. In 2009, she was treated for early stages of pancreatic cancer, and nine years before that, she made a recovery from colon cancer surgery.

"The baseline physical condition is incredibly important, and it lends itself to how much reserve she has," Shiroff said. "If she's active, that bodes very well, compared to someone who doesn't."