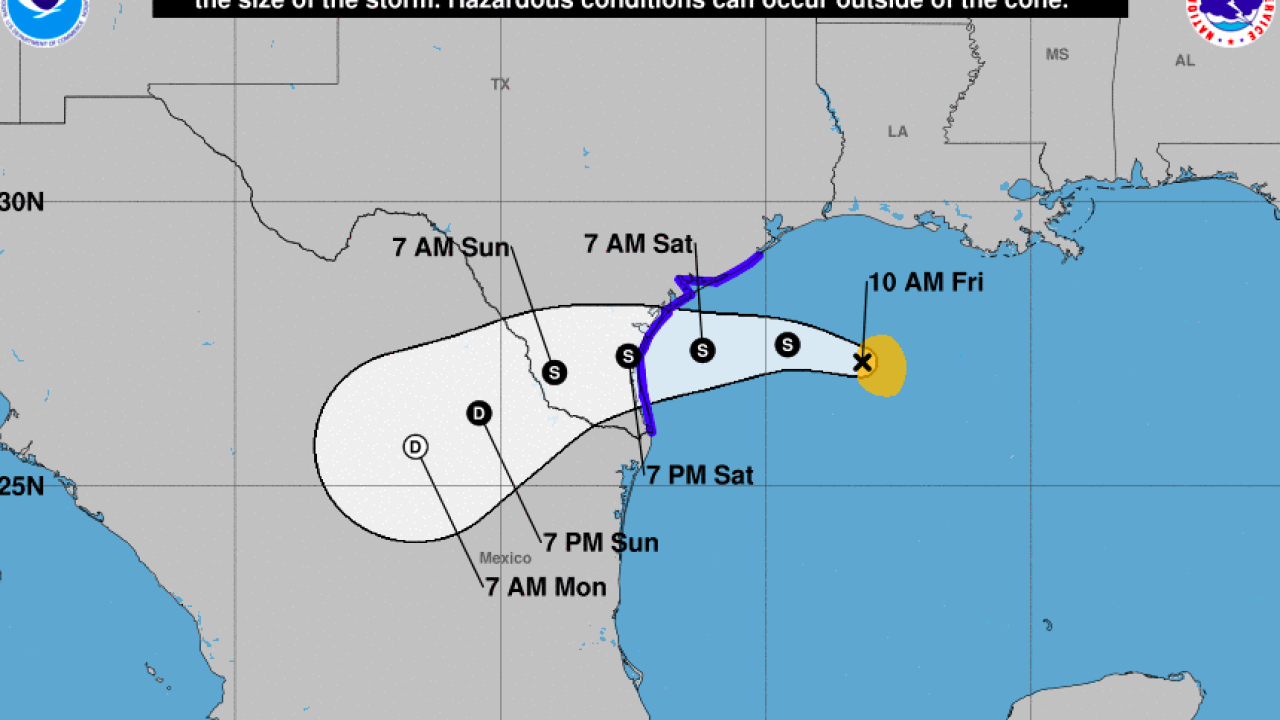 Tropical Storm Hanna formed in the Gulf of Mexico and is now heading toward southern Texas. Hanna is expected to make landfall Saturday evening. Maximum sustained winds are at 45 mph.

A Tropical Storm Warning is in effect for an area between the mouth of the Rio Grande and San Luis Pass, Texas. Hanna is expected to drop 4 to 8 inches of rain through Sunday night, according to the National Oceanic and Atmospheric Administration.

Here are the Key Messages for Tropical Storm Hanna for 10 AM CDT Friday. You can always check out the latest advisory at https://t.co/tW4KeGdBFb or your local weather at https://t.co/SiZo8ozBbn pic.twitter.com/vwamqrpuBo

NOAA is warning of a possible storm surge along the Texas coast, and possible heavy rains up to the Louisiana coast.

Hurricane Douglas is expected to make landfall on the Hawaiian islands Sunday, with strong winds reaching the eastern side of the island chain Saturday night. Maximum sustained winds are almost 130 mph, making it a Category 3 storm.

NOAA says Hurricane Douglas could bring 6 to 10 inches of rain, which could lead to flash flooding.

Another tropical storm, Gonzalo, is hugging the northern coast of South America.