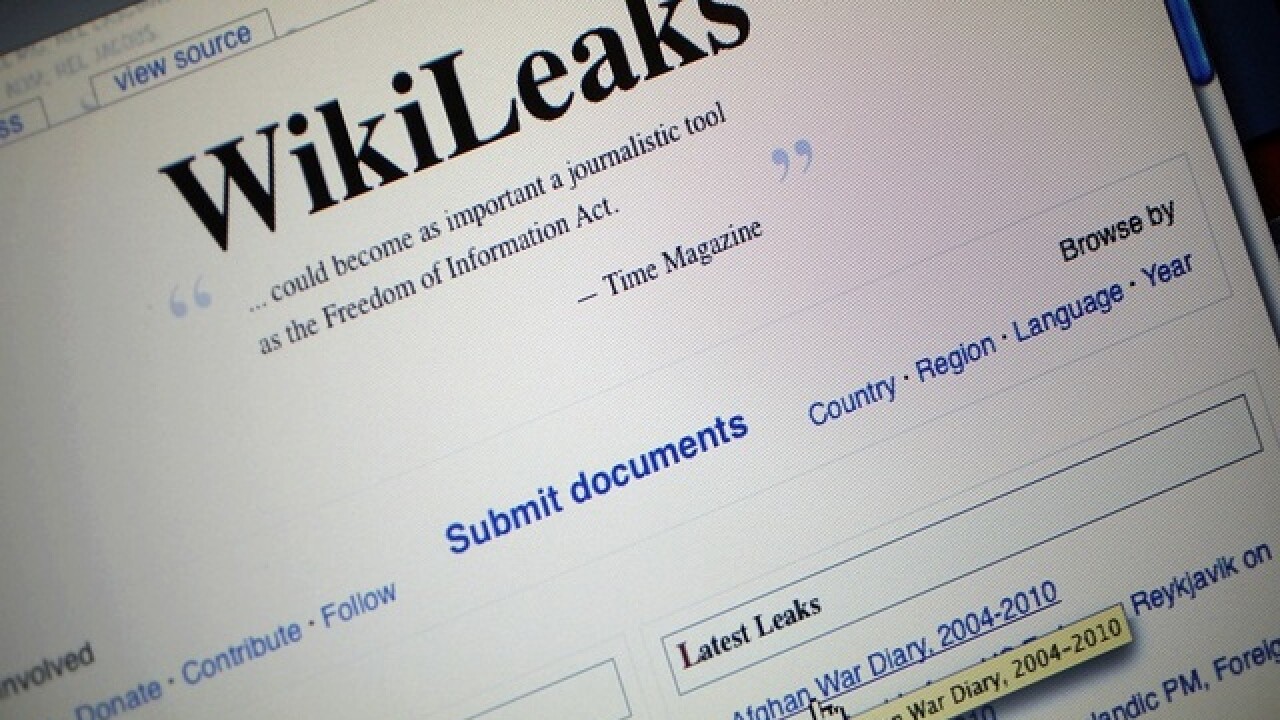 WASHINGTON (AP) — The current chairman of the Joint Chiefs of Staff Gen. Joseph Dunford, and the former uniformed leader of the Air Force were viewed as "great leaders but weak on strategic thinking," according to a Pentagon official detailed to the National Security Council.
Stolen emails released by WikiLeaks on Sunday revealed a March 30, 2015, email from Christopher Kirchhoff to top Clinton campaign aide John Podesta that offered stark opinions about the nation's top military leaders. At the time President Barack Obama was considering which officer to nominate as Joint Chiefs chairman.
In the hacked exchange, Kirchhoff uses his government email account to update Podesta on the pros and cons of the four finalists. Kirchhoff says Adm. James "Winnefeld is seen as the clearest thinker" but is "often too abrasive to military and civilian leaders." Air Force Chief of Staff Mark Welsh and Marine Corps Commandant Dunford, "meanwhile, are seen as great leaders but weak on strategic thinking," Kirchhoff wrote.
On May 5, 2015, in the White House Rose Garden, Obama announced Dunford's nomination by saying, "I know Joe, I trust him." Obama said Dunford "has already proven his ability to give me his unvarnished military advice based on his experience on the ground.
The tens of thousands of stolen emails have offered a window into the relationships of Washington power brokers as they move between government jobs, think tanks and political campaigns. Many of the emails have focused on Clinton's use of a private email server while secretary of state, internal debate over trade policy and questions about the Clinton Foundation.
The email from Kirchhoff focused on the debate within the Obama administration over the next chairman.
"Winnefeld is a lucid thinker in crisis whose grasp of the substance of military options would best serve you and the president in a true emergency," Kirchhoff wrote Defense Secretary Ash Carter. "He is more ready than anyone else for the 3am phone call."
Kirchhoff also writes from his government account that national security adviser Susan Rice was "not opposed to but also not particularly excited by" Kirchhoff's preferred candidate, Winnefeld.
He tells Podesta he's attaching a "final memo" advocating for Winnefeld "in case you want to back channel it to Denis." That's apparently a reference to Obama's chief of staff, Denis McDonough.
Ultimately, Obama himself cited the influence of his relationship with Dunford as one reason he picked him.
Efforts to reach Kirchhoff, Dunford, Winnefield and Welsh were unsuccessful.
Copyright 2016 The Associated Press. All rights reserved. This material may not be published, broadcast, rewritten or redistributed.