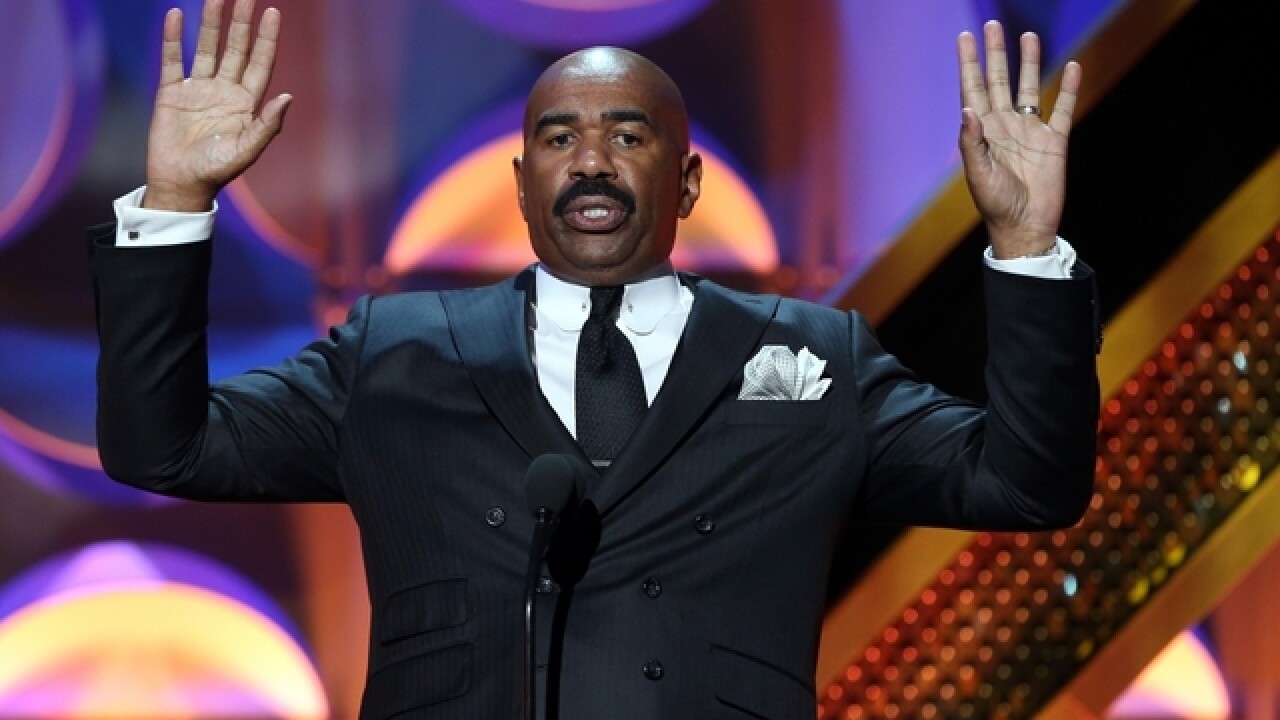 Comedian and television host Steve Harvey took to Twitter Tuesday to apologize for several racially-charged jokes he recently made.
“I offer my humblest apology for offending anyone, particularly those in the Asian community, last week,” Harvey tweeted. “It was not my intention and the humor was not meant with any malice or disrespect whatsoever.”
The apology comes after he made allegedly “racist” comments about Asian men during an episode of “The Steve Harvey Show,” according to Time. At the time, Harvey was jokily discussing a self-help book titled, “How to Date a White Woman: A Practical Guide for Asian Men.” See the skit below.
Backlash followed.
The comments were met with criticism from a slew of viewers, including “Fresh Off the Boat” author Eddie Huang and a group of New York-based Asian-American lawmakers, who released a statement on Friday.
“You and your producers managed to insult Asian men, white women, and black women with a single skit,” the lawmakers wrote in a letter quoted by the NY Daily News. “Your statements were racist, sexist, and completely inappropriate for a public figure on a show broadcast to millions."
PrettyFamous | Graphiq
Copyright 2017 Scripps Media, Inc. All rights reserved. This material may not be published, broadcast, rewritten, or redistributed.