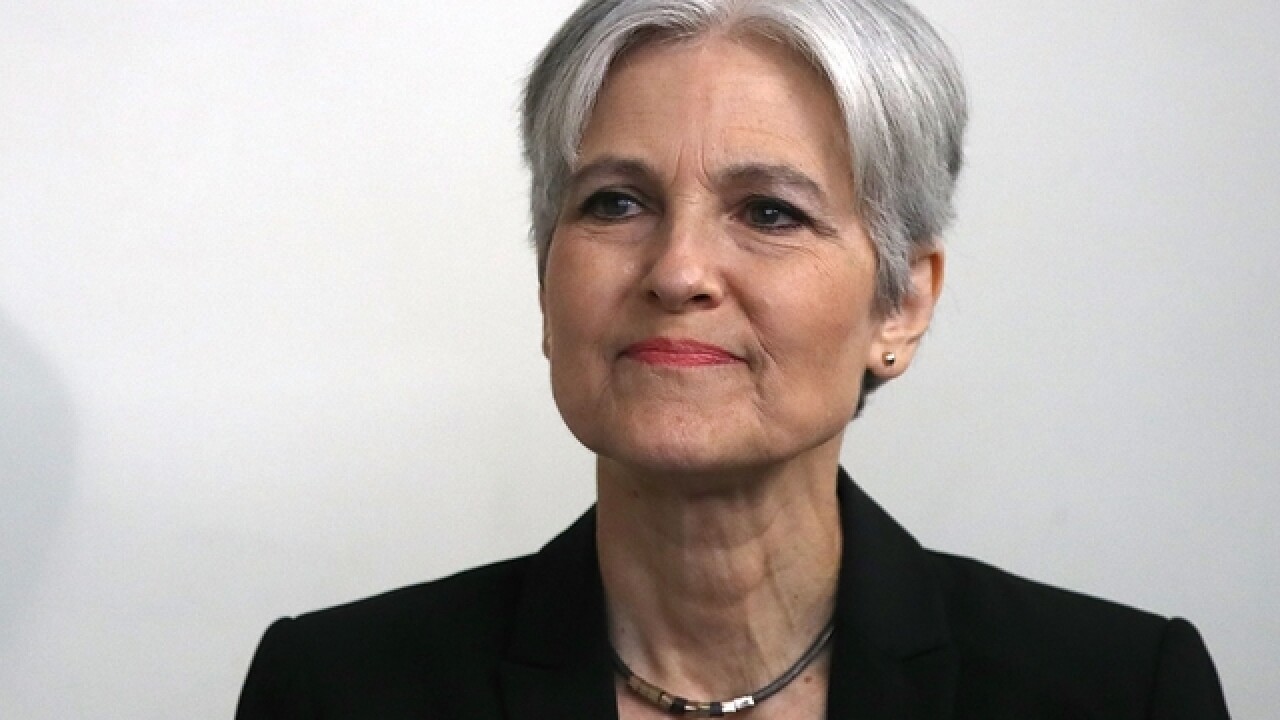 The Jill Stein campaign has officially filed a petition for a recount in the state of Wisconsin, according to the Wisconsin Elections Commission.

The Commission has received the Stein and Del La Fuente recount petitions. Details and news release posted soon at https://t.co/N3TrlOIqE1 .

Stein is also hoping to force recalls in Michigan and Pennsylvania. President-elect Trump won both of those states, as well as Wisconsin, with slim margins.

Under Wisconsin law, Stein's campaign must show a basis for the recount in that state and cover costs. Stein has said she's concerned voting systems in the three states may have been hacked. Her campaign estimates a Wisconsin recount will cost $1.1 million.

As of Friday morning, Stein's campaign had raised $4.8 million to seek recounts in all three states.