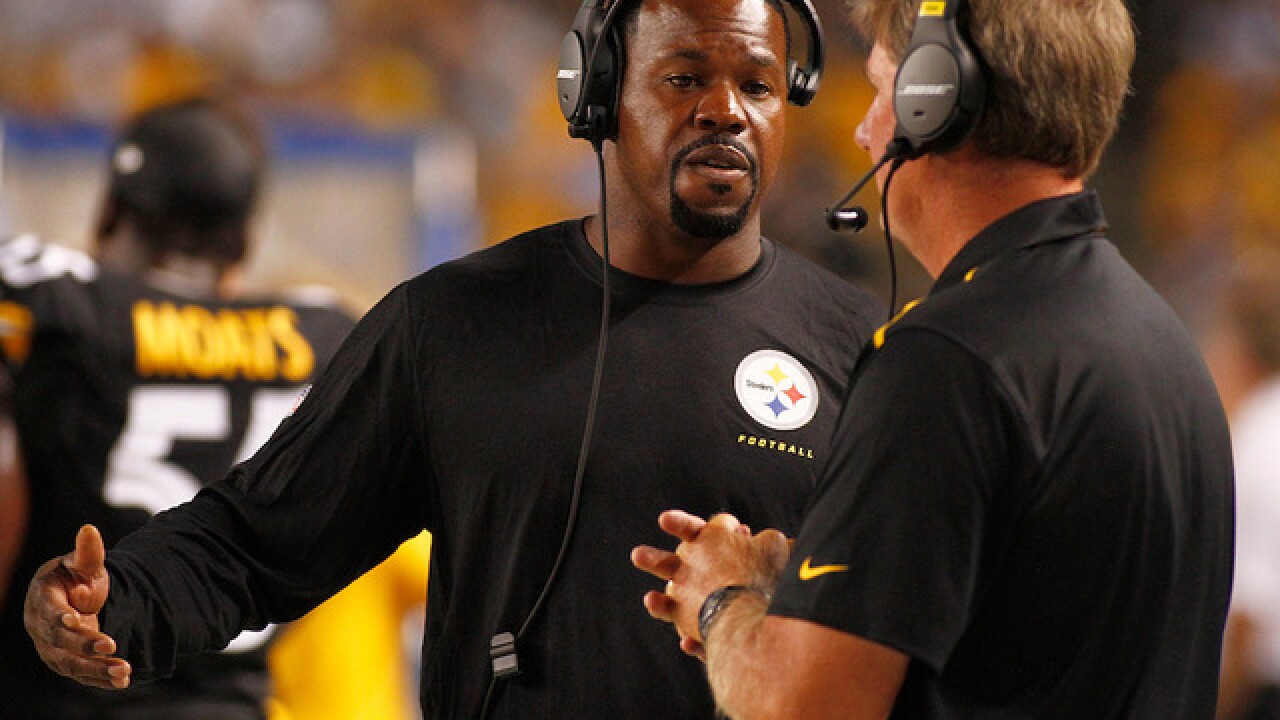 (CNN) -- An assistant coach for the Pittsburgh Steelers faces aggravated assault and other charges after an altercation at a local bar Sunday night following the team's AFC wild-card win over the Miami Dolphins.

Joey Porter, 39, was taken into custody after he allegedly assaulted a doorman at a bar in Pittsburgh. Porter is charged with aggravated assault, simple assault, resisting arrest and public drunkenness, according to a statement from the Pittsburgh Department of Public Safety.

The incident occurred around 9:30 p.m. ET when security guards at the bar summoned a Pittsburgh police officer working at a nearby restaurant and said an unruly customer "was in the process of assaulting the doorman," according to the statement.

The officer arrived on the scene, stopped the alleged assault and arrested Porter, police said.

"We are aware of an incident tonight involving Joey Porter," Steelers Director of Communications Burt Lauten said in a statement given to CNN. "We are still gathering information as it pertains to the situation, and we will have no further comment until we get more details."

Porter is in his second season as an outside linebackers coach, according to the Steelers website. He spent 13 seasons in the NFL as a linebacker, playing for Pittsburgh, Miami and Arizona.