Statehouse Christmas tree deemed too puny, officials demand it to be replaced 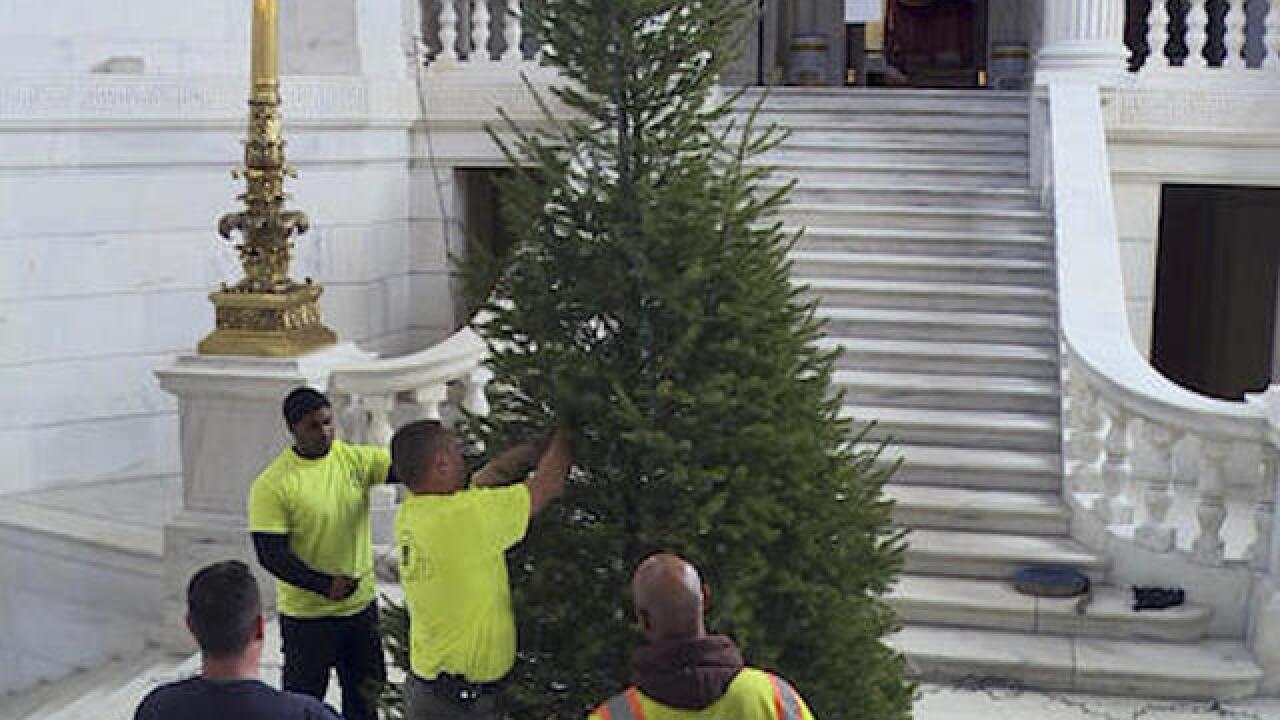 Copyright Associated Press
Marcos Valentin
<p>In this still image from video provided by WPRI 12, workers surround a Christmas tree in the Statehouse rotunda Tuesday, Nov. 22, 2016, in Providence, R.I. The 14-foot tree was removed after staff decided it was too small in the rotunda. A 20-foot tree was obtained to replace it. (Marcos Valentin/WPRI 12 via AP)</p>

PROVIDENCE, R.I. (AP) — A Christmas tree selected for the Rhode Island Statehouse rotunda has been removed after staff decided it was too puny.

The 14-foot-tall Fraser fir was donated by a tree farm. Workers put it up Tuesday but then realized it was too small and didn't fill the rotunda.

The governor's office says the little tree was moved outside to the statehouse steps and will be decorated and displayed there.

The office has gotten a 20-foot-tall Balsam to replace it.

There have been a few mishaps with Rhode Island's Statehouse tree in recent years. In 2005, the tree shed all its needles after it was doused in fire retardant.

Former Gov. Lincoln Chafee refused to call it a Christmas tree, calling it a holiday tree instead. That led to angry protests.