Some Hurricane Matthew evacuees say they will not evacuate again 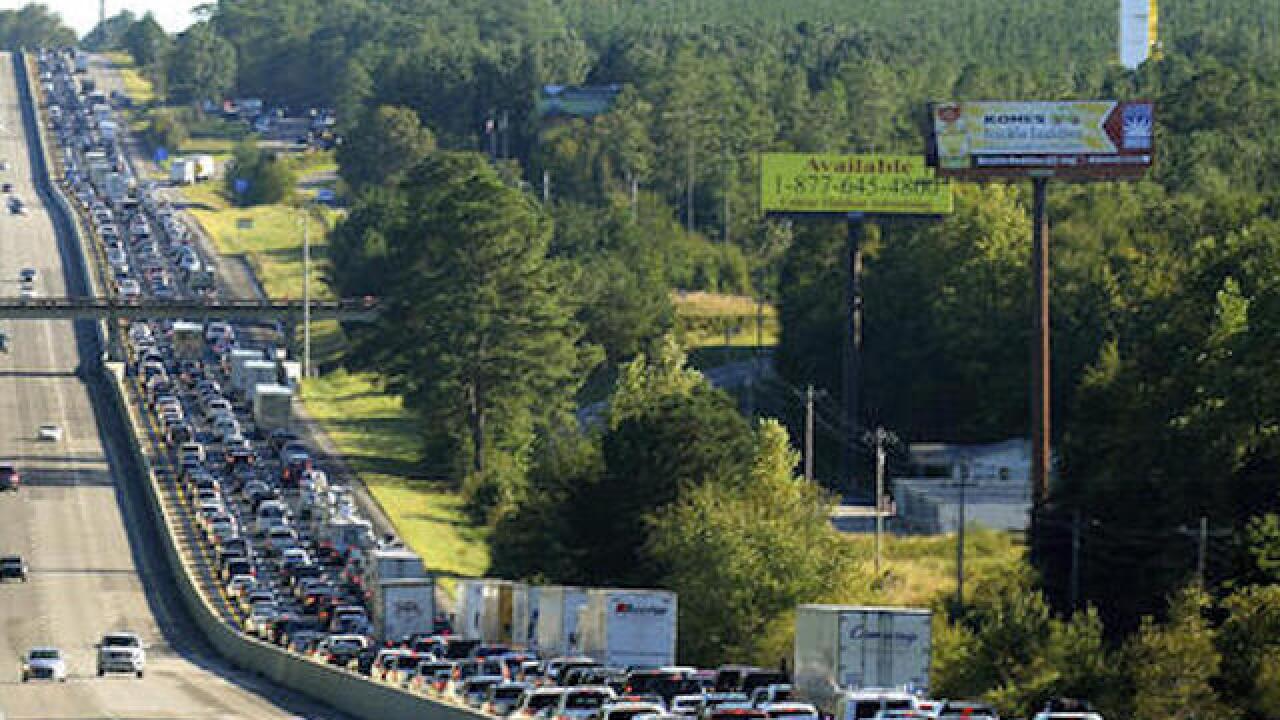 MIAMI (AP) — Maureen Miller, her family and dog were among the 2 million residents ordered to evacuate coastal areas in the Southeast ahead of Hurricane Matthew. They spent two nights in a hotel inland, and struggled through police roadblocks to return to their unscathed Brunswick, Georgia-area home on Saturday.

After all the hassle, they wish they hadn't left.

"I will never evacuate again," Miller said. "If we stayed, we'd be fine. I'm sure there are a lot of people who feel the same way."

Weather experts and government officials worry that people who quickly packed up and left but suffered little or no damage might be reluctant to evacuate next time, leading to deadly consequences.

"We are a culture that seems to get angry if the worst-case scenario doesn't happen and we prepare for it," said Marshall Shepard, director of the University of Georgia Atmospheric Sciences Program. "I am continually baffled at the people that seem to anger that there is not more loss of life and destruction. That is the point of evacuating."

An old hurricane adage says that people should hide from the wind and run from the water. Much of the focus on Hurricane Matthew was its howling 145 mph winds — making it a major Category 4 storm at its height — but the reason for the evacuations had more to do with potential coastal storm surge.

"Nine out of 10 people who lose their lives in hurricanes do so from the water, not the wind. And half of those are due to storm surge," said Dennis Feltgen, spokesman for the Miami-based National Hurricane Center. "Many people do not realize the sheer power of water."

Predictions in Florida called for storm surge of up to 9 feet above normal, with large waves on top of that. While the surge did not quite reach those levels, it did cause flooding and massive beach erosion in places such as St. Augustine and Flagler Beach.

David Waters, spokesman for Brevard County, Florida, emergency operations said some people on barrier islands began calling for help during the height of the storm early Friday, but they were forced to ride it out because first responders were not able to safely go out.

"I've talked to other families who have said things like, 'We're scared. We wish we hadn't stayed,'" Waters said.

Others think the massive evacuations may have been an overreaction.

Retirees Rick and Judy Rumford live in a mobile home park just across a two-lane highway from the surf in Flagler Beach. They evacuated inland and returned Saturday to find their home virtually unscathed aside from debris in their small yard and an electrical outage.

Judy Rumford noted that sheet metal and porches were peeled off numerous homes in their community, but her husband was frustrated. Sweating as he tried without luck to get a generator running, Rumford said he regretted evacuating for the storm. The wind and storm surge weren't that bad, he said, and leaving just wasn't worth the trouble.

"We'll think about it harder next time," said Rumford.

State officials were universal in urging people to leave storm surge-prone areas, often using alarming terms such as "catastrophic damage" or "major destruction." Gov. Nathan Deal of Georgia said Sunday that from his point of view, things went as they should have.

"To begin to nitpick and be Monday morning quarterbacks does not serve any of us very well and I would hope we do not see too much of that," Deal said. "By all measures, I think we have done a superior job preparing for this, as best you could prepare."

In Atlantic Beach, Florida, Laura Twyman and her husband, Chad, were initially mixed about leaving but reluctantly decided to relocate to a friend's condominium in nearby Jacksonville. Their home was undamaged when they returned.

"I would rather be safe than sorry, and it's inconvenient, it's a pain. You know what? We have a house to come back to. So I can't complain," Laura Twyman said.