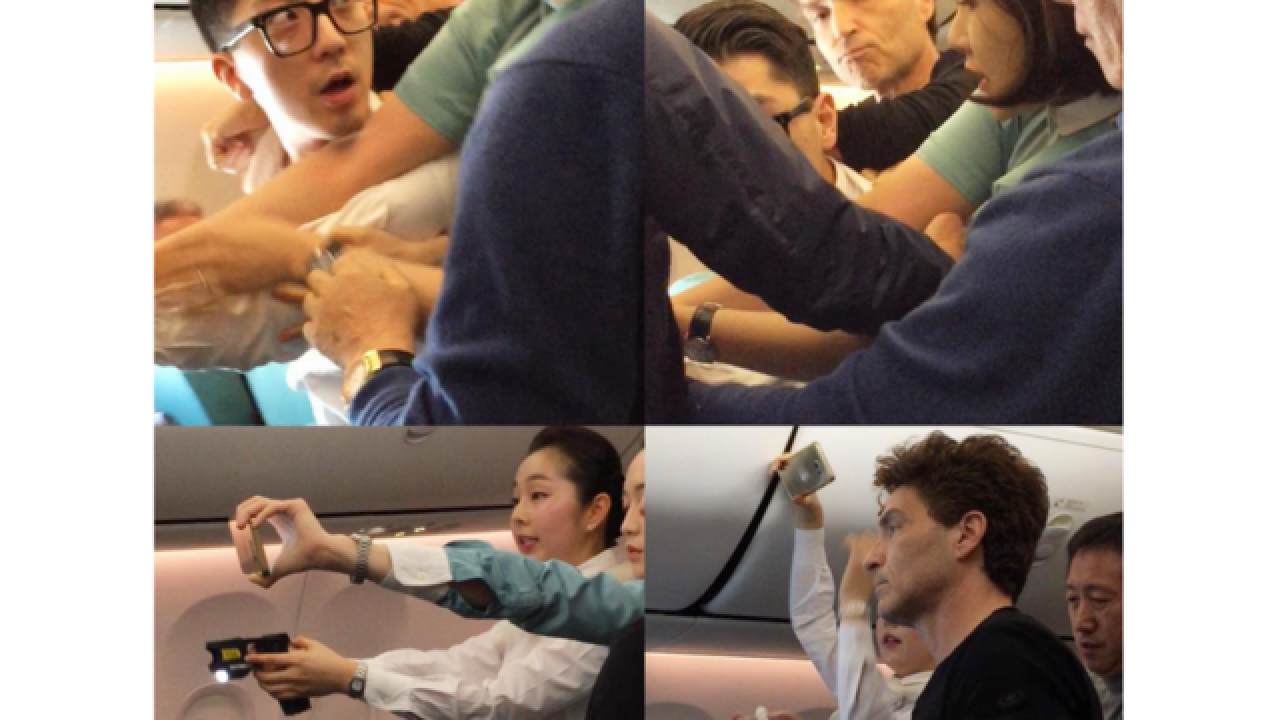 Singer Richard Marx helped restrain on unruly passenger during a flight to Seoul, South Korea on Tuesday, Dec. 20, according to personal accounts from him and his wife, Daisy Fuentes.

Marx and his wife were on board a flight from Hanoi, Vietnam to Seoul when a man started attacking flight attendants. The singer, best known for 1980's hits such as "Hold on to the Nights" and "Don't Mean Nothing", worked with other passengers to subdue the man for more than four hours, according to Marx on his official Twitter account.

He also posted photos of the ordeal on Twitter:

In the end, the singer assured his fans of he and his wife's safety and downplayed his role in what happened.

Daisy and I are home safe and sound. No big "hero" move at all. Just did what I would hope anyone would do in same situation. Tnx 4 concern