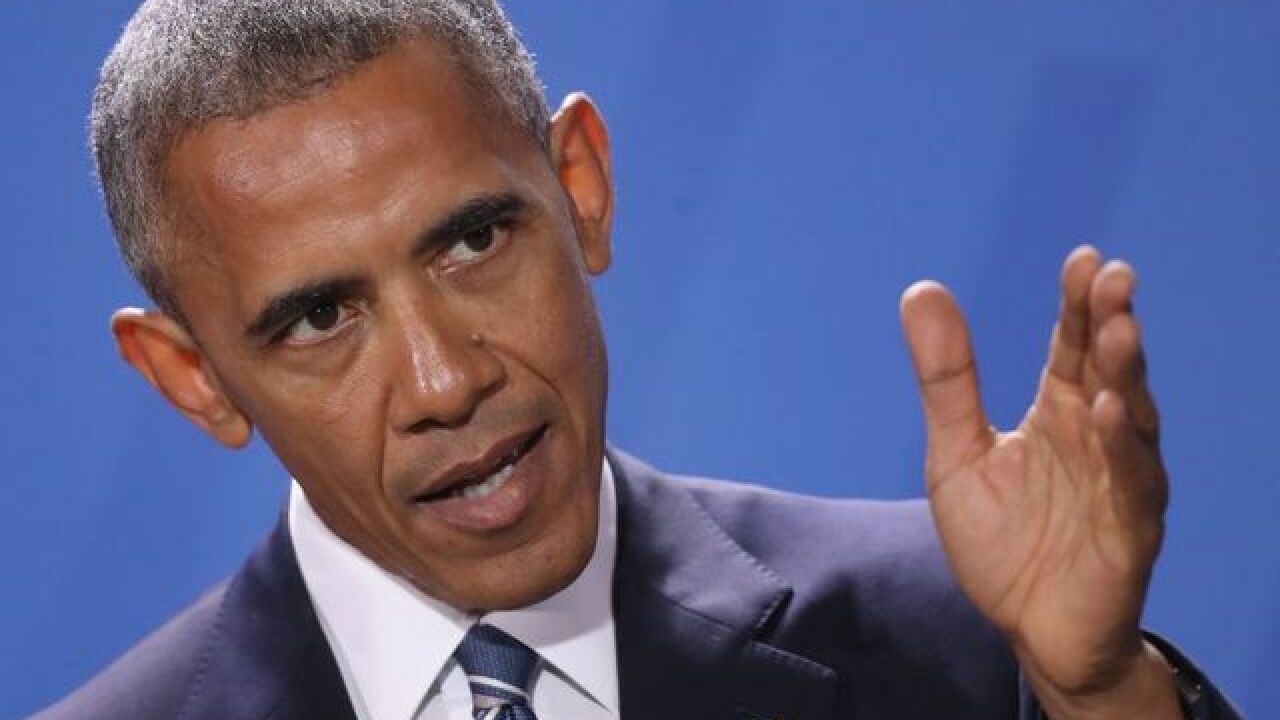 PHOENIX (AP) — Sheriff Joe Arpaio of Arizona has fixated on the authenticity of President Barack Obama's birth certificate for more than five years, going so far as to send a deputy and member of his volunteer posse to Hawaii to question officials.
He earned plaudits from Donald Trump and became one of the nation's leading voices on the debunked controversy over Obama's birthplace. Arpaio closed his yearslong investigation Thursday, ending a chapter that critics denounced as a shameless ploy to raise money from his right-wing base.
The news conference from the media-savvy sheriff came three weeks before the end of his 24 years as metro Phoenix's top law enforcer and five weeks before Obama leaves office. He complained to a crowd of about 75 supporters that his claims about the document weren't taken seriously.
"We and anyone else who dared to question the document have been maligned, falsely labeled and grossly criticized," Arpaio said, refusing to take questions from reporters.
The sheriff took up the "birther" mantle as he faced some of his worst legal troubles, including a racial profiling case that discredited his patrols targeting immigrants and a grand jury inquiry into his failed investigations of local political enemies.
He refused to back away from the investigation three months ago when Trump, an Arpaio ally, relented on his claim that Obama wasn't born in the U.S.
Maricopa County Supervisor Steve Gallardo, a longtime Arpaio critic, said the investigation was a publicity stunt to raise the sheriff's national political profile and bring in campaign dollars.
"He was trying to throw meat to his base, and that's exactly what he did," Gallardo said. "He threw red meat."
Arpaio was not the only Arizona politician to plunge into the erroneous effort.
The Arizona Legislature passed a bill in 2011 that would have required Obama and other presidential candidates to prove they were U.S. citizens before their names could appear on the ballot. It was vetoed by the GOP governor.
Several Electoral College members even questioned Obama's eligibility to serve as president as they cast their votes for Republican Mitt Romney four years ago.
Arpaio has said he launched the probe after nearly 250 people connected to an Arizona tea-party group requested it. He pressed forward despite aides warning he would be ridiculed.
In the 2014 documentary "The Joe Show," Arpaio was seen brushing aside his publicist's prediction that he would be viewed as a clown. The sheriff said the investigation would help his fundraising efforts.
"It may look nuts, but you know what, it's going to be pretty good," Arpaio said.
The sheriff won praise several months later in a tweet from Trump: "Congratulations to @RealSheriffJoe on his successful Cold Case Posse investigation which claims @BarackObama's 'birth certificate' is fake."
Arpaio farmed out the investigation to volunteers on his posse, which is funded through donations, in anticipation of criticism he was throwing away taxpayer money.
In 2012, he said the investigation revealed that there was probable cause to believe Obama's long-form birth certificate was a computer-generated forgery and that the selective service card completed by Obama in 1980 was likely a fraud.
The facts say otherwise. Hawaii officials repeatedly confirmed Obama's citizenship, and the courts rebuffed a series of lawsuits.
Arpaio insisted he wasn't investigating whether Obama was a U.S. citizen but examining an allegation that the document was fraudulent. But critics say it was a calculated swipe at the identity and legitimacy of the nation's first African-American president.
Though Arpaio promised no taxpayer money would be spent on the investigation, the sheriff sent a deputy to Hawaii to accompany the posse's top investigator. The leader of the posse said it tried to pay back $9,600 for the costs of the deputy's travel and time, but officials declined to accept the money.
Copyright 2016 The Associated Press. All rights reserved. This material may not be published, broadcast, rewritten or redistributed.