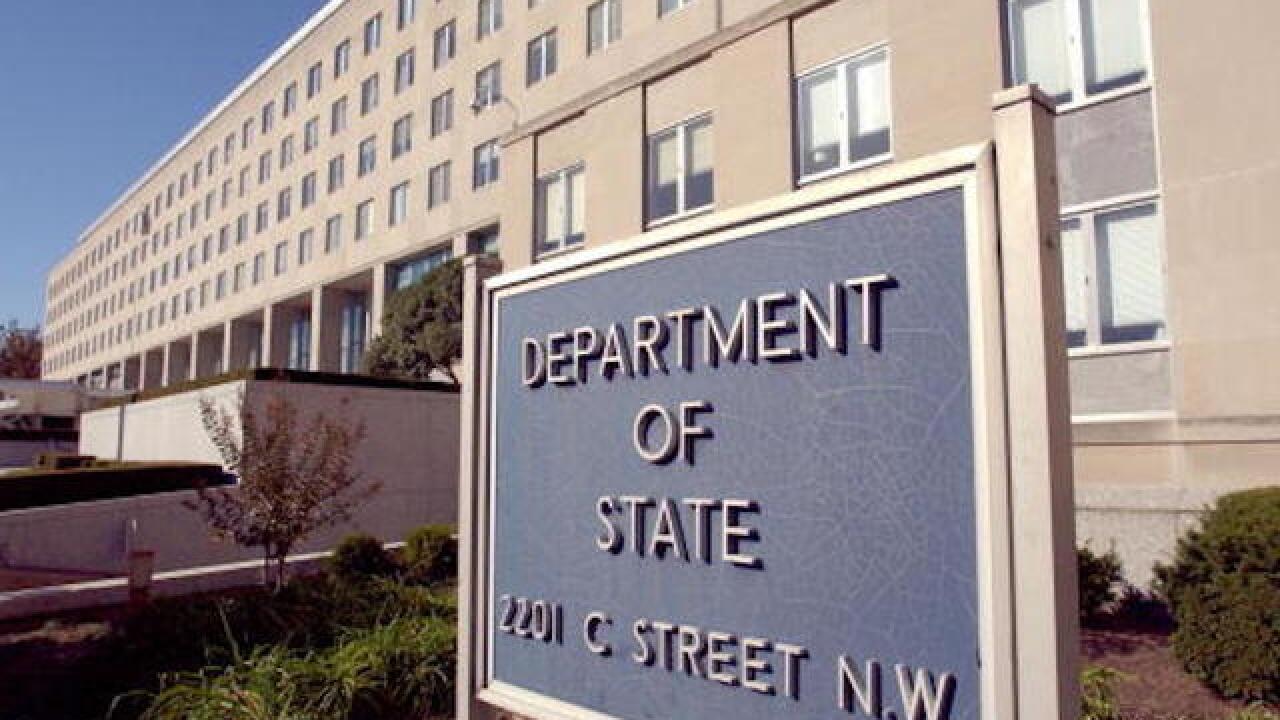 Patrick Kennedy, who served for nine years as the undersecretary for management, Assistant Secretaries for Administration and Consular Affairs Michele Bond and Joyce Anne Barr, and Ambassador Gentry Smith and Ambassador Gentry Smith, director of the Office for Foreign Missions, were sent letters by the White House that their service was no longer required, the sources told CNN.

All four, career officers serving in positions appointed by the President, submitted letters of resignation per tradition at the beginning of a new administration.

The letters from the White House said that their resignations were accepted and they were thanked for their service.

The White House usually asks career officials in such positions to stay on for a few months until their successors are confirmed.

"Any implication that that these four people quit is wrong," one senior State Department official said. "These people are loyal to the secretary, the President and to the State Department. There is just not any attempt here to dis the President. People are not quitting and running away in disgust. This is the White House cleaning house."

Mark Toner, the State Department's acting spokesman, said in a statement that "These positions are political appointments, and require the President to nominate and the Senate to confirm them in these roles. They are not career appointments but of limited term."

He continued, "Of the officers whose resignations were accepted, some will continue in the Foreign Service in other positions, and others will retire by choice or because they have exceeded the time limits of their grade in service."

Greg Starr, director of diplomatic security, also followed through on his planned resignation. He had come back from retirement after the 2012 attack on the US consulate in Benghazi and promised to stay through the end of the Obama administration.

"This had been on course for over a year," another official said. "He came out of retirement and promised to stay out (of) the administration. If Hillary Clinton or Bernie Sanders were elected, he would still be retiring."

The firings leave a huge management hole at the State Department, with a combined 150 years of institutional experience among all of the named officials. The second official echoed that the move appeared to be an effort by the new administration to "clean house" among the State Department's top leadership.

Victoria Nuland, the State Department's assistant secretary for Europe, was also not asked to stay on.

"The department will not collapse," the second official said. "Everyone has good deputies. It's a huge institutional loss, but the department has excellent subordinates and the career people will step up. They will take up the responsibility."

In her parting letter, Bond told her colleagues, "It has been an honor to serve with you as the Assistant Secretary for the past 17 months, and to have represented the United States as a Foreign Service officer for 40 years. What a privilege it has been."