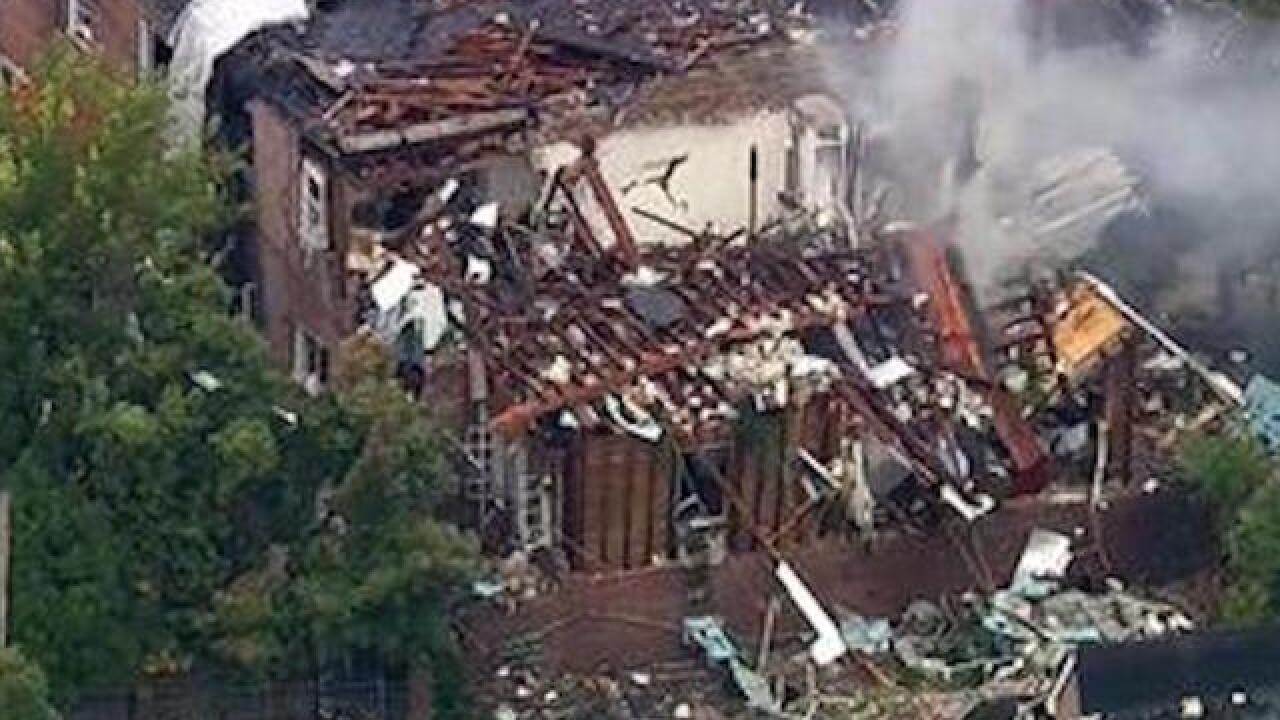 NEW YORK (AP) — Authorities say firefighters responding to a report of a gas leak discovered what appeared to be a drug lab right before a New York City house exploded.

Police say it happened Tuesday morning at a two-story private house in the Bronx. Images from the scene showed much of the house gone and debris strewn on the street and covering parked cars.

The Fire Department of New York says seven people suffered minor injuries and six of them were taken to a hospital. The injured included four police officers, one firefighter and a civilian.

Authorities say firefighters went there investigating for a possible gas leak, found what they believed to be a drug lab and notified police.

Police say the house exploded afterward, but it wasn't immediately clear what caused it.