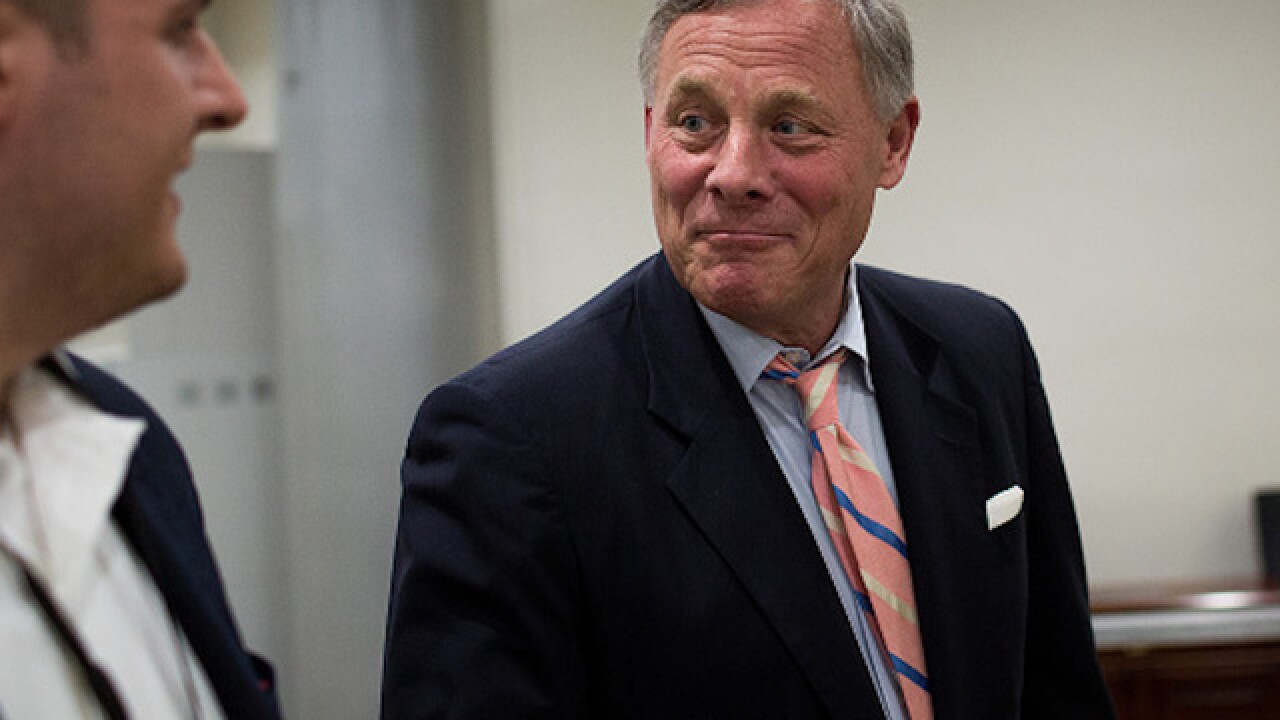 Copyright 2017 Scripps Media, Inc. All rights reserved. This material may not be published, broadcast, rewritten, or redistributed.
Drew Angerer
<p>WASHINGTON, DC - MAY 9: At right, Sen. Richard Burr (R-NC) speaks with reporters after a vote at the U.S. Capitol, May 9, 2016, in Washington, DC. Senate Democrats defeated a procedural vote on an energy bill, which increases funding for the Department of Energy and Army Corps of Engineers. (Photo by Drew Angerer/Getty Images)</p>

WASHINGTON (CNN) -- The Senate Intelligence Committee's review of Russian meddling in the 2016 election will include a look at intelligence "regarding links between Russia and individuals associated with political campaigns."

Sen. Richard Burr, R-North Carolina, the committee's chairman, and Sen. Mark Warner, D-Virginia, the committee's vice chairman, said in a joint statement that the investigation into alleged Russian interference in the election also will focus on Russian cyberactivity and "active measures" against the US.

It was known that intelligence panels in both chambers of Congress were tapped by Republican leaders to probe the hacking, but Friday's announcement makes clear the scope and details about the review. It is also notable that the announcement was joined by Warner, as Democrats have clamored for a bipartisan look into Russian meddling in the election.

Burr and Warner said the committee will hold hearings examining Russian intelligence activity and interview senior officials within both President Barack Obama and President-elect Donald Trump's administrations about the matter, and will issue subpoenas if necessary.

"We believe that it is critical to have a full understanding of the scope of Russian intelligence activities impacting the United States," they said.