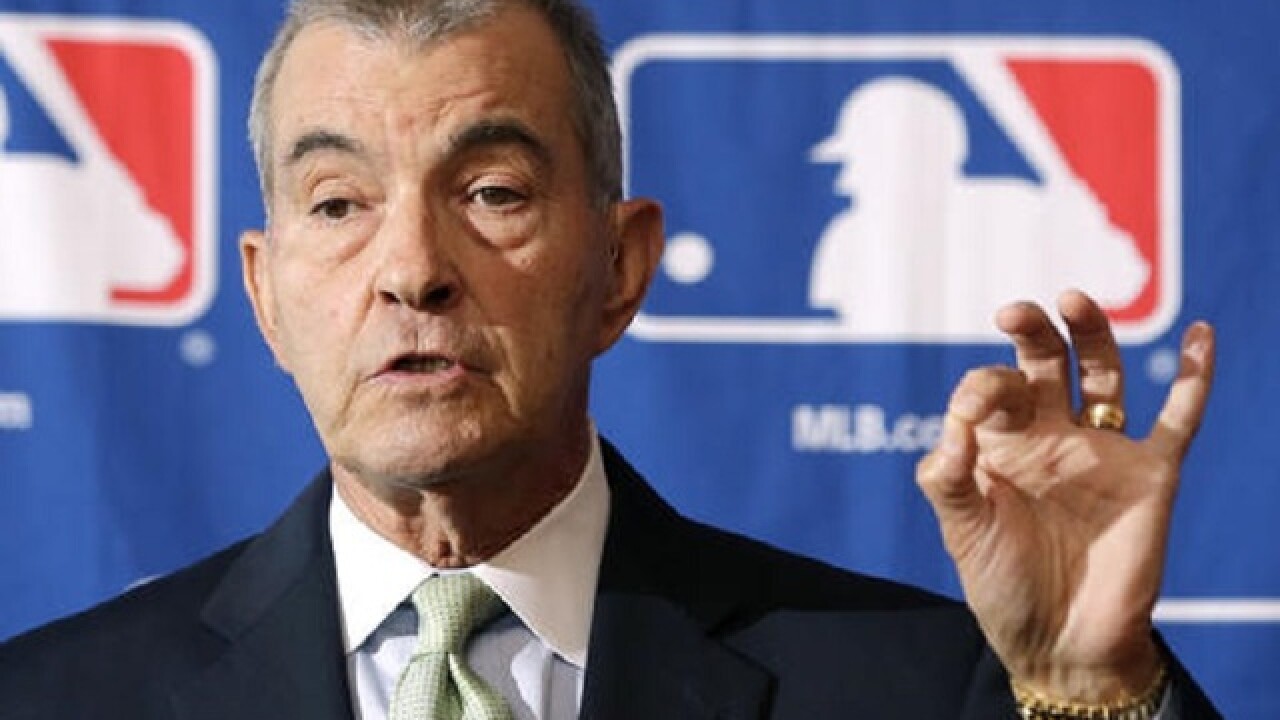 By: Associated Press
Posted at 9:00 PM, Dec 04, 2016
OXON HILL, Md. (AP) — Former commissioner Bud Selig, who oversaw baseball's great growth along with some of its darkest moments, and longtime general manager John Schuerholz were elected to the baseball Hall of Fame on Sunday.
Schuerholz was picked by all 16 voters on a veterans committee at the winter meetings in suburban Washington. Selig was listed 15 times.
It took 12 votes for election. Former player and manager Lou Piniella was third with seven.
Selig became the fifth of 10 commissioners to reach the Hall. He will be enshrined July 30 in Cooperstown, New York — on his 83rd birthday.
Under Selig, the playoffs expanded from four teams to eight to 10 with wild cards and the leagues were split into three divisions. Video replay was added to review umpire calls, revenue sharing was put in place and 20 new stadiums opened across the majors.
Selig also made the decision to cancel the 1994 World Series during a players' strike, and was in charge when illegal steroids left a cloud of performance-enhancing drugs that still lingers.
"Talk about all the great moments. Those were tough moments," Selig said on a conference call.
Schuerholz was general manager of the Atlanta Braves when they won a record 14 straight division titles. He was the first GM to run teams that took World Series crowns in both leagues, winning with Kansas City in 1985 and Atlanta in 1995.
The 76-year-old Schuerholz later became president of the Braves and is now a vice chairman with the team, helping prepare for its move to SunTrust Park next season. In 26 years as a GM, his teams won 16 division titles, six pennants and a pair of World Series championships.
Harold Baines, Albert Belle, Will Clark, Orel Hershiser, Davey Johnson, Mark McGwire and George Steinbrenner also were on the ballot considered by the Today's Game Era panel. None of them got more than five votes.
Copyright 2016 The Associated Press. All rights reserved. This material may not be published, broadcast, rewritten or redistributed.