Second Iraqi detained under Trump's orders will be released 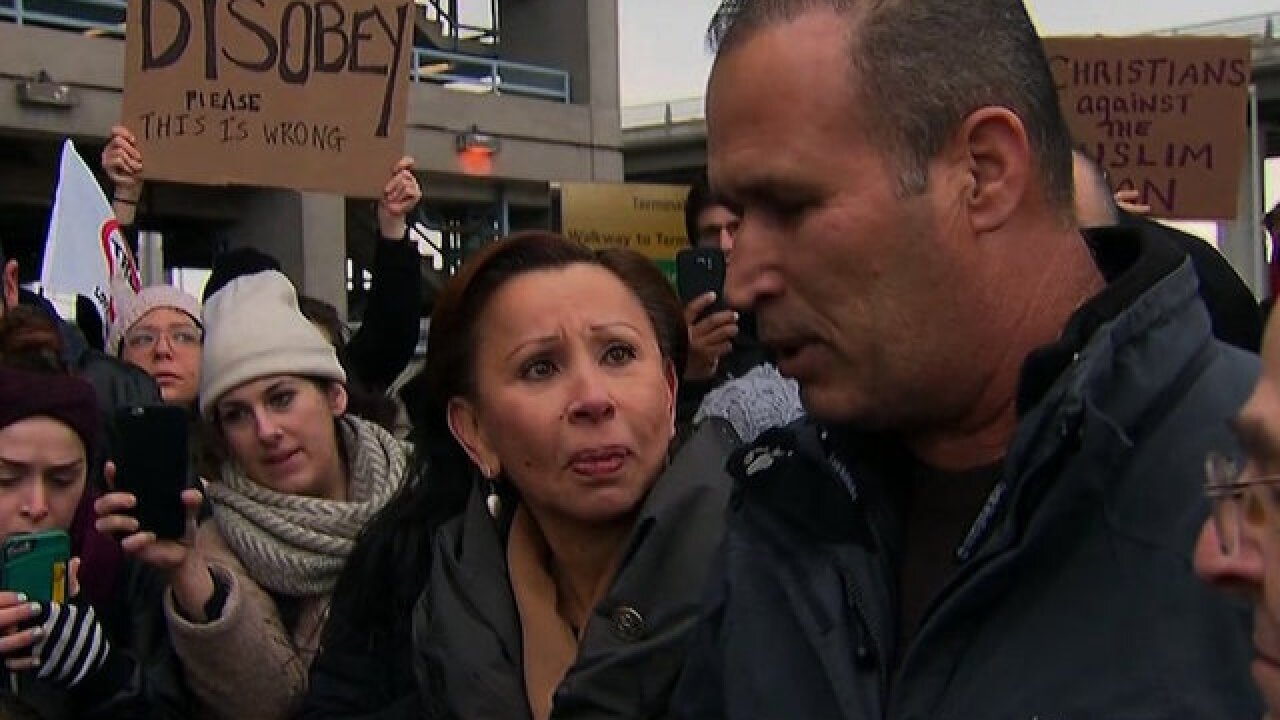 © 2017 Cable News Network, Inc.
CNN
<p>One of the Iraqi travelers detained at JFK Airport despite having U.S. visas was released. A second detainee was scheduled to be released on Saturday.</p>

(CNN) -- Protesters gathered in cities across the United States on Saturday to complain about President Donald Trump's immigration policies, with more protests scheduled for Sunday.

This was the second weekend of demonstrations across the nation, with more than 1 million people coming out last weekend for the Women's March.

A large crowd massed at John F. Kennedy International Airport in New York to protest the detention of two Iraqis.

"Mr. President, look at us," said US Rep. Nydia Velazquez, a New York Democrat. "This is America. What you have done is shameful. It's un-American. And it's created so much confusion, not only among working families and families in America, but also it's creating confusion with the people that are working in homeland security."

One of the detained men, Hameed Khalid Darweesh, was released early Saturday afternoon. He worked with the US government for 10 years after the United States invaded Iraq.

The other detained man, Haider Sameer Abdulkaleq Alshawi, had been granted a visa to join his wife, who worked for a US contractor in Iraq, and son, both of whom already live in the United States as refugees. Alshawi was expected to be released later Saturday.

Rep. Jerrold Nadler, another Democrat from New York, said 10 other travelers were detained, but their status was unclear Saturday night.

The protesters gathered in Terminal 4 at JFK and carried signs reading, "We are all immigrants!" and "No ban! No wall!"

The New York Taxi Workers Alliance has asked drivers not to pick up passengers at JFK in support of the protest.

A group of community activists, attorneys and others gathered at O'Hare International Airport in Chicago.