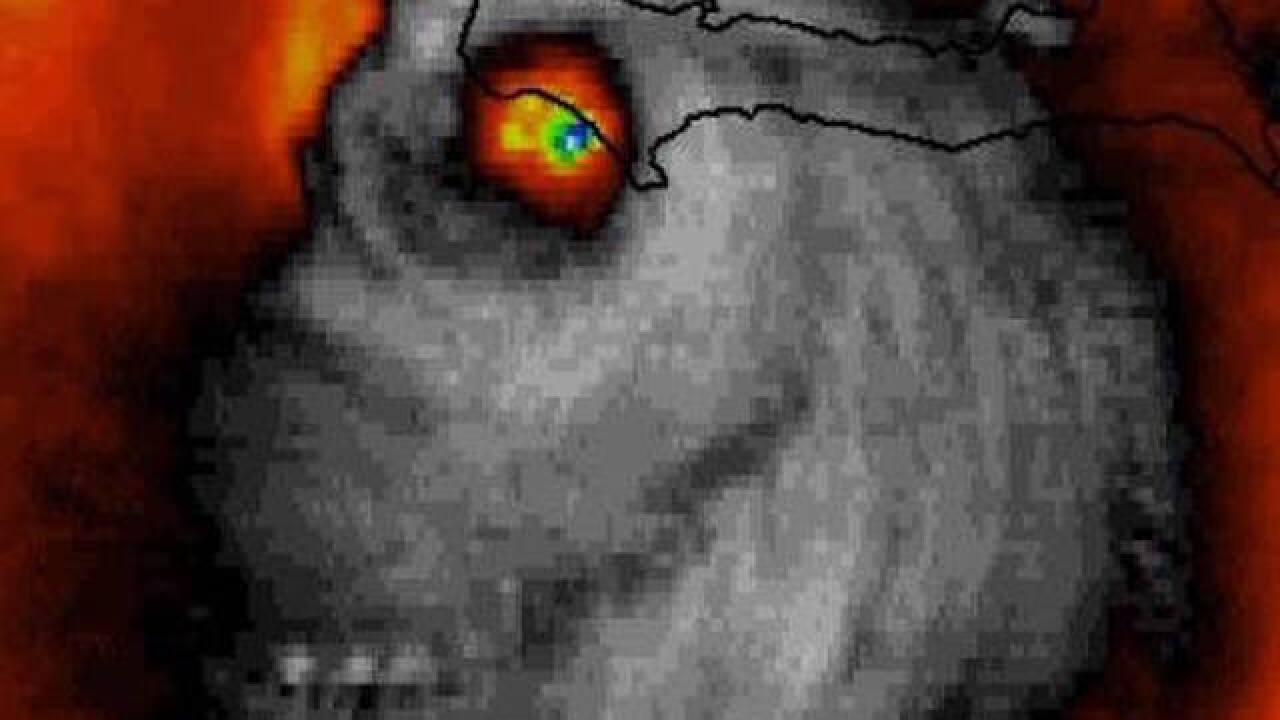 Stu Ostro / Twitter / NASA
NASA / Stu Ostro
<p>This NASA satellite image of Hurricane Matthew as it hit Haiti went viral this week because of its resemblance to a human skull. The image was posted to social media by Stu Ostro (@StuOstro).</p>

A NASA satellite image of the powerful storm looks a lot like a smiling human skull. The "sinister" image was captured by Weather Channel meteorologist Stu Ostro as Matthew hit Haiti on Tuesday morning.

Ostro claimed the image came from NASA and was "un-doctored," in his post to Twitter that has since gone viral. The mythbusting website Snopes.com confirmed the authenticity of Ostro's image in a post on Tuesday.