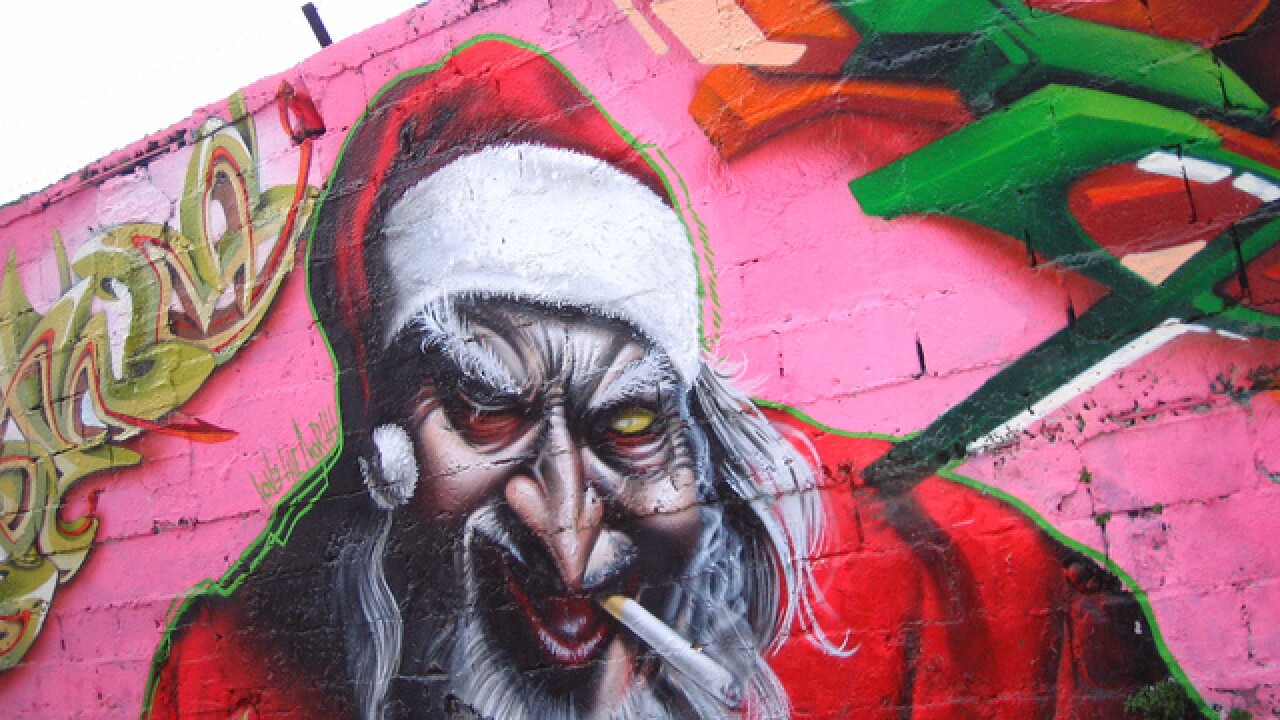 (CNN) -- A mom says her son was left in tears after being fat-shamed by a Santa in their town of Forest City, North Carolina. This raises a lot of questions.

For one, where does Santa get off burning others about their weight? You break into people's houses and gorge yourself on cookies, buddy, take a look in the mirror!

Ashley Mayse says she and her son, 9-year-old Anthony, were just enjoying a holiday event in town, getting their Christmas spirit on, when a Santa went rogue and gave Anthony a very un-merry jab.

Anthony visited with the Santa and asked for a few things for Christmas. Weight loss advice was not one of those things, but that's what he got anyway.

"When he got done, he said, 'Lay off the hamburgers and french fries,'" he told CNN affiliate WLOS. "And that really just disrespected me, and I felt awful."

"I went out and started crying, because I just felt so bad," he added.

Mayse said she wanted the city to fire the Santa because, while Santa is pretty judgmental by design, she found his comments beyond the pale.

"Very rude. I've never seen anything like it," she told WLOS.

John Condrey, the city manager of Forest City, told CNN in a statement that the Santa did indeed make a remark that he "regretted," and that the matter had been addressed.

"He apologized to the parent, the child and the Town," Condrey said. "A town representative spoke to the Mother on Monday and also apologized. On Tuesday that individual who portrayed Santa Claus and was scheduled for the next two Fridays and Saturdays has informed the Town he would no longer provide his service as Santa to the Town."