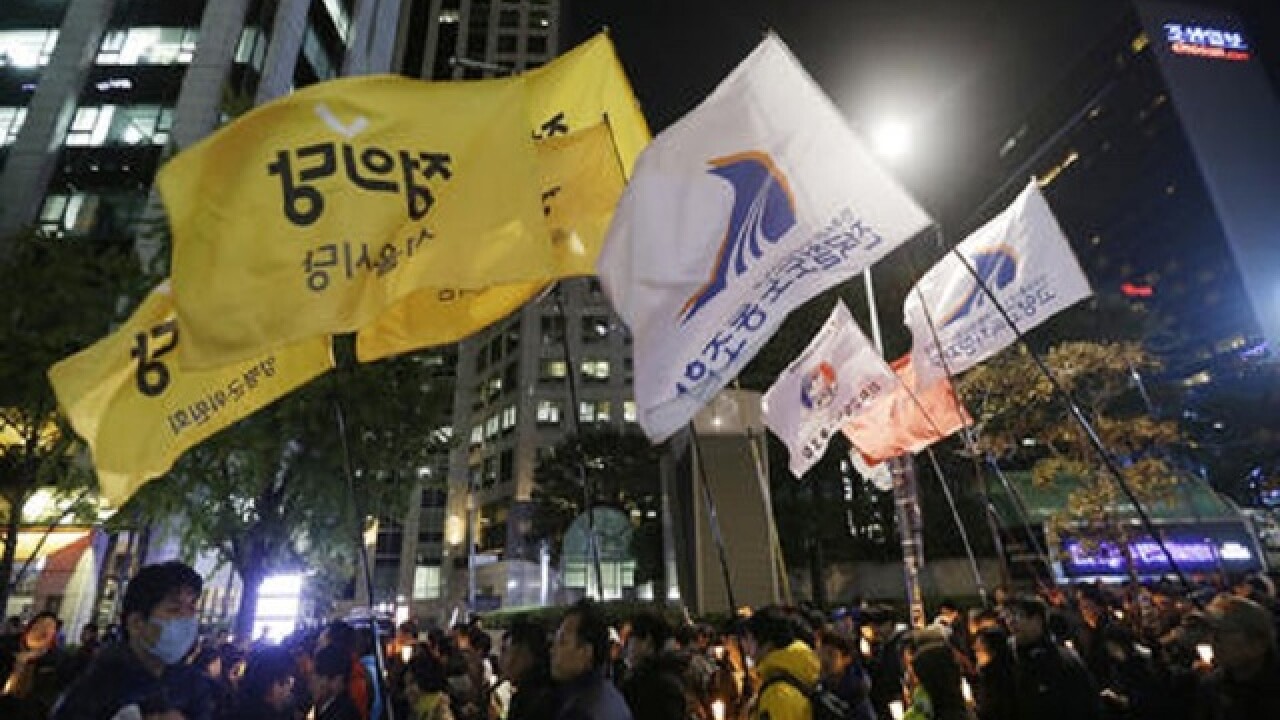 South Korea's embattled conservative president has replaced her prime minister and two other top officials in a bid to restore public confidence amid a political scandal involving her longtime friend.
President Park Geun-hye's office said Wednesday that Park nominated Kim Byong-joon, a former top policy adviser for late liberal President Roh Moo-hyun, as her new prime minister. Kim's selection is subject to parliamentary approval.
The nomination is seen as an effort by the conservative Park to reach out to liberals for bipartisan support amid mounting public anger over the scandal that has already forced her to fire eight presidential aides.
The two other Cabinet jobs that Park reshuffled are the finance minister and safety minister.
Copyright 2016 The Associated Press. All rights reserved. This material may not be published, broadcast, rewritten or redistributed.