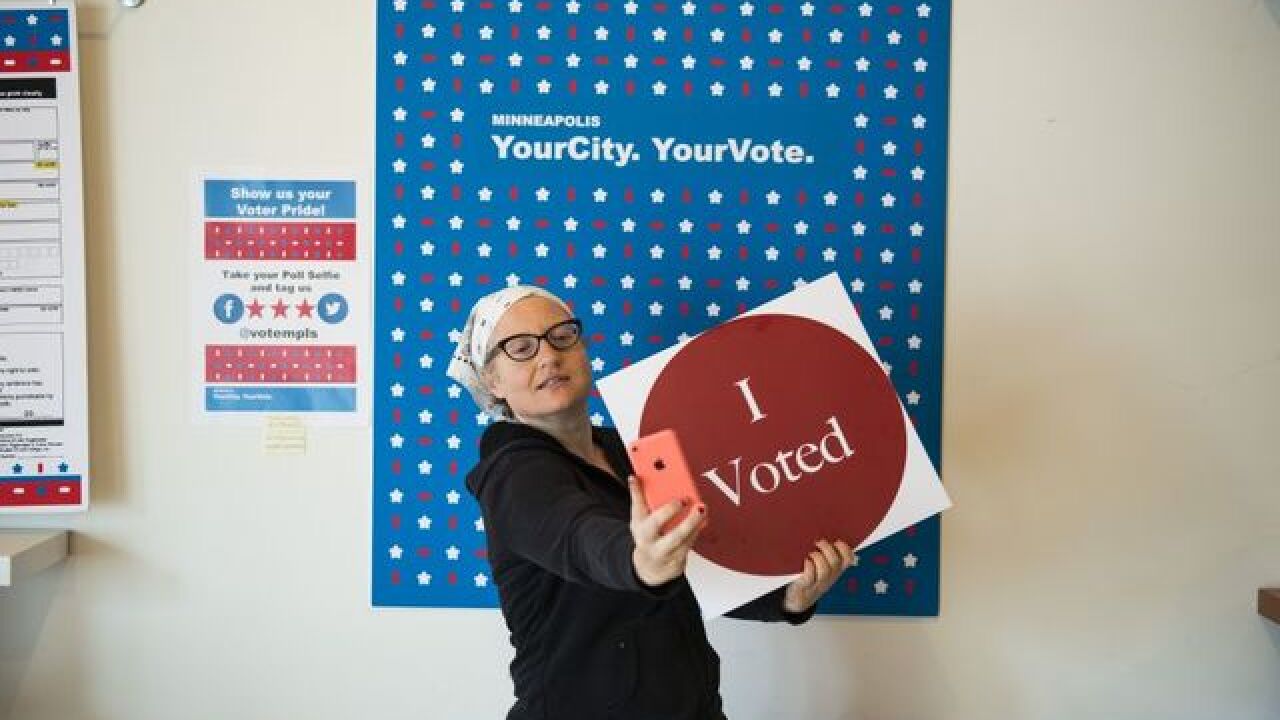 NEWARK, N.J. (AP) — Lawyers for Democrats around the country are filing lawsuits claiming Republicans and the campaign of GOP presidential nominee Donald Trump are pushing supporters to intimidate and confront voters on Election Day.

Trump has called on his supporters to act as "election observers" in certain areas of the country to help prevent fraud.

In Ohio, a federal judge on Friday issued a temporary restraining order against Trump's campaign and his friend and informal adviser, Roger Stone, barring them from harassing or intimidating Ohio voters during Tuesday's election. Friday evening, a federal judge in Arizona denied a similar injunction request.

Attorneys representing the Democratic Party argued Friday in New Jersey court that the GOP was coordinating with Trump to intimidate voters, accusations that the Republican Party says are not true in that state or in five other states where Democrats are waging similar battles.

Here's a look at the cases being heard around the country:

The case is different than the ones filed in the states as it relates to a consent decree in place since 1982 regulating what the Republican National Committee can do when it comes to issues of ballot security.

The RNC admitted no wrongdoing but agreed to the decree to settle the case. The decree only regulates work done by the RNC and is scheduled to end next year. The Democratic National Committee wants it extended another eight years, but needs to convince a judge that the RNC has violated the 34-year-old rules.

Joshua Kaul, an attorney representing the Democratic National Committee, told the judge in Newark, New Jersey, on Friday that Trump has "repeatedly encouraged his supporters to engage in vigilante efforts" in the guise of ferreting out potential voter fraud. Kaul said the RNC is participating.

Bobby Burchfield, an attorney for Republicans, told the judge that party volunteers are engaging in normal poll-watching and that Democrats haven't found one instance in which someone was intimidated or prevented from voting.

A federal judge said Friday in issuing a temporary restraining order against Trump's campaign and his friend Roger Stone that anyone who engaged in intimidation or harassment inside or near Ohio polling places would face contempt of court charges.

U.S. District Judge James Gwin in Cleveland said charges would be filed regardless of political alliance.

The judge's written order blocks activities from both campaigns that include unauthorized poll watching, the admonishing or questioning of voters, and taking photos or recording voters inside or near polling places.

The Ohio Democratic Party had claimed in its lawsuit that the Ohio GOP, the Trump campaign, Stone and Stone's political action committee Stop the Steal were conspiring to suppress minorities in urban areas from casting ballots on Tuesday. The lawsuit cited comments made by Trump and his surrogates about voter fraud and efforts by Democrats to steal the election.

Gwin dismissed the Ohio Republican Party as a defendant in the case.

David Pepper, chairman of the Ohio Democratic Party, said the judge's decision was "a big win for Ohio voters."

The Michigan Democratic Party on Friday filed a lawsuit Friday asking a judge to order the state Republican Party not to intimidate voters on Election Day.

Republican spokeswoman Sarah Anderson said the lawsuit is "insulting and shameful." She called it a "desperate act" by supporters of Democratic presidential nominee Hillary Clinton.

Attorney Paul Jensen, representing Stone, said he needed time to prepare because he only recently got legal notice about a lawsuit alleging that Stone is encouraging what Nevada Democrats call "vigilante voter intimidation" by exit-pollers.

The judge made official his findings following hearings Wednesday and Thursday that the Nevada Republican Party and the Donald Trump campaign aren't working together and the campaign isn't training people to intimidate voters in Nevada.

The decision not to issue a restraining order regarding poll-watchers came after Nevada's top Trump election day official testified Thursday that he went back and notified everyone he's trained as poll observers about state laws they have to follow if they challenge a voter's eligibility.

A federal judge in Phoenix on Friday refused to issue an injunction sought by Democrats that would have ordered Republicans not to engage in illegal voter intimidation tactics at the polls next week.

The suit named the Arizona Republican Party, Trump's presidential campaign, a Republican political operative and his group. The Democrats alleged that Trump supporter Roger Stone and his group "Stop the Steal" planned to harass Arizona voters, mainly in minority communities. They said Trump has encouraged the activity and the state GOP has gone along.

A judge has scheduled arguments in Pennsylvania on Monday.