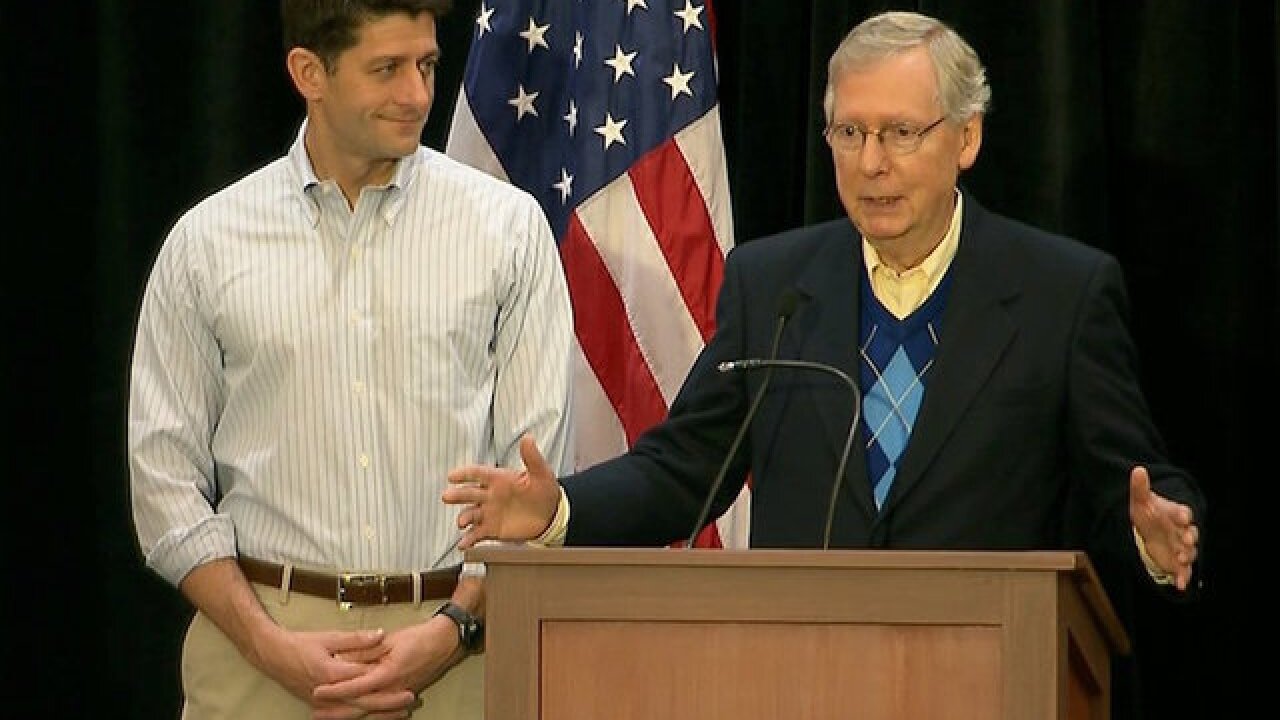 © 2017 Cable News Network, Inc.
CNN
<p>Senate Majority Leader Mitch McConnell said Thursday that he expects the cost of building a wall along the Mexican border to be between $12-$15 billion.</p>

(CNN) -- Senate Majority Leader Mitch McConnell said Thursday that he expects the cost of building a wall along the Mexican border to be between $12-$15 billion.

But neither McConnell nor House Speaker Paul Ryan said precisely how Congress would pay for the wall, or whether they expect Mexico to repay the cost.

Ryan said Thursday he expects President Donald Trump to submit a plan for paying for the wall, but did not want to talk about details before the White House submits its proposal.

"We anticipate a supplemental (budget) coming from the administration," Ryan said. "The point is we're going to finance the Secure Fence Act."

Trump campaigned on a promise of border wall and repeatedly said Mexico would pay for it. He has more recently said that while the US might front the initial costs of the project, Mexico would eventually pay the US back.

Mexican officials have repeatedly said they will not pay for such a wall.