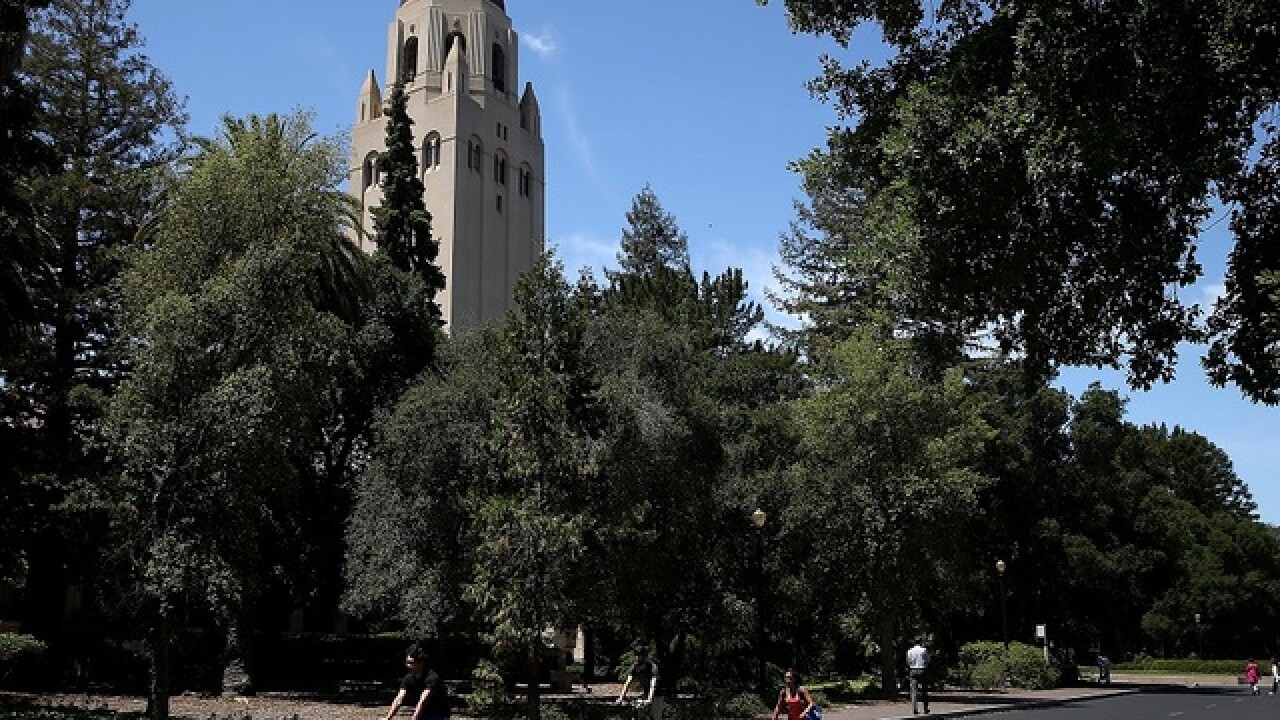 PALO ALTO, Calif. (AP) — Stanford police are investigating a report that a female student was raped by a male student inside his dorm, officials said Monday.
The female student reported Friday's rape to someone in a position of authority at the university, but she hasn't provided a statement to police, said Bill Larson, a spokesman for the Stanford Department of Public Safety.
"She is processing a very traumatic experience, understandably, and I'm sure she is processing whether to come forward to us and give us a statement so we can continue with the investigation," Larson said.
The woman told the unidentified third party that she didn't know the man who attacked her. The alleged perpetrator has not been identified, he said.
Campus police sent out an alert Saturday about the assault, saying "Stanford University does not tolerate sexual assault, sexual misconduct, or sexual harassment."
"The university encourages anyone who has been sexually assaulted or subjected to other forms of sexual misconduct or harassment to report the incident to university officials," the alert said.
The reported rape comes after the high-profile case of former Stanford student Brock Turner, who was convicted of attacking a woman passed out near a trash bin. The case drew national outrage over the six-month prison sentence Turner received.
After serving half of his sentence, Turner, 21, moved back to his home state of Ohio, where he registered as a sex offender.
Gov. Jerry Brown on Friday approved two laws requiring longer sentences to be served in state prison for defendants convicted of assaulting unconscious victims, ending the possibility of brief prison sentences like the one Turner received in June.
Copyright 2016 The Associated Press. All rights reserved. This material may not be published, broadcast, rewritten or redistributed.