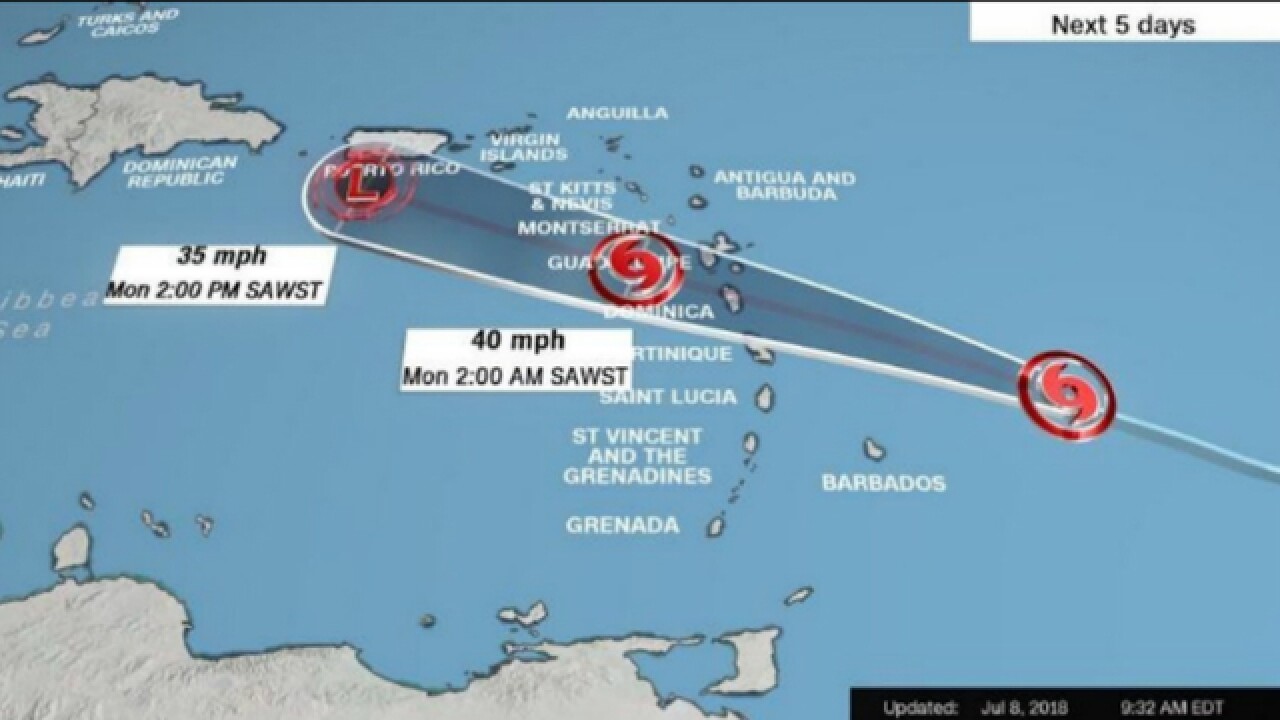 © 2018 Cable News Network, Inc.
CNN
<p>Tropical Storm Beryl, the first Atlantic hurricane of the 2018 season, is expected to further weaken as it approaches the Lesser Antilles and Puerto Rico in the next couple of days.</p>

The remnants of the storm Beryl brought heavy rain and wind to Puerto Rico, creating flash flood warnings on the island and exacerbating power outage issues that have remained since last year's devastating hurricane season.

Beryl was downgraded from a tropical storm to a remnant low-pressure system on Sunday as it passed over the Lesser Antilles, the National Hurricane Center said.

Gov. Ricardo Rossello said the government has opened 42 shelters for citizens to obtain relief from Beryl at the demand of mayors across the island.

As of Monday afternoon, 47,514 clients were without power, a total that includes customers who remain without service since Hurricane Maria last September, according to Puerto Rico Electric Power Authority.

The National Weather Service warned islanders that thunderstorms with torrential rainfall and strong gusty winds continue to bombard the eastern half of Puerto Rico. Residents in the areas of San Juan, Trujillo Alto, Loiza, Carolina, Canovanas, Guaynabo, Bayamon, Cataño have been warned of flash flooding that is expected to continue until 4:45 p.m. ET, according to the weather service.

Though the storm is far from the strength of major Hurricanes Maria and Irma last year, Beryl still posed a threat of wind and rain to areas that have not fully recovered from those destructive storms. Hurricane Maria destroyed Puerto Rico's electrical grid and caused the deaths of an untold number of people.

The US commonwealth was ordered to turn over to CNN and another news organization a database of information on all deaths that occurred after Maria pummeled the island. An academic report has estimated 4,645 people died due to Maria's destruction.