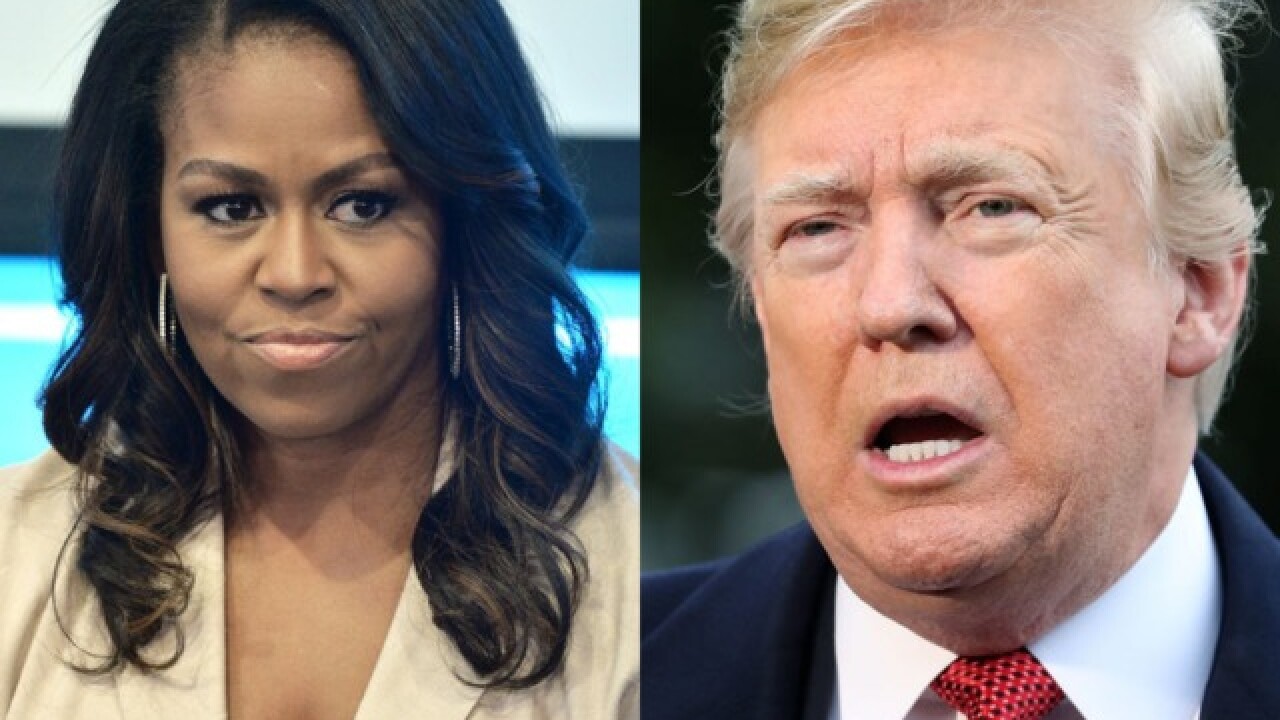 Image copyright 2018 Getty Images. All rights reserved. This material may not be published, broadcast, rewritten, or redistributed.

President Donald Trump pushed back at former first lady Michelle Obama and former President Barack Obama over a forthcoming memoir in which the former first lady said she would "never forgive" Trump for his role in the "birther" movement.

"She got paid a lot of money to write a book and they always expect a little controversy," Trump said.

"I'll give you a little controversy back, I'll never forgive (President Barack Obama) for what he did to our US military. It was depleted, and I had to fix it," Trump said. "What he did to our military made this country very unsafe for you and you and you."

The former first lady writes in her new memoir that she will never forgive Trump for his role in promoting the "birther" conspiracy theory that falsely claimed that her husband was not born in the United States. She writes that Trump's central role in pushing the falsehood put her family at risk.

"What if someone with an unstable mind loaded a gun and drove to Washington? What if that person went looking for our girls?" she wrote in her book, according to The Washington Post. "Donald Trump, with his loud and reckless innuendos, was putting my family's safety at risk. And for this I'd never forgive him."