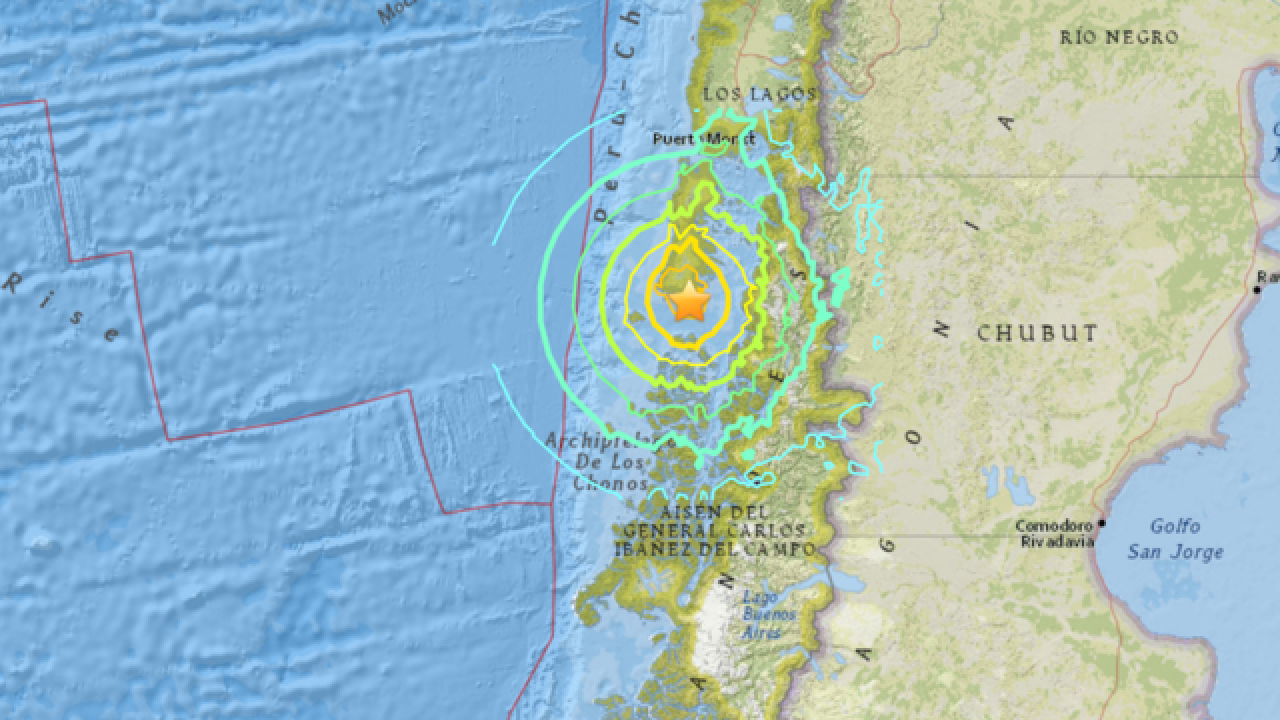 A magnitude 7.7 earthquake occurred off the coast of southern Chile Sunday, 40 km (about 25 miles) southwest of Puerto Quellon, according to the U.S. Geological Survey.

The Pacific Tsunami Warning Center issued a tsunami threat message for parts of the Pacific Ocean close to the earthquake. Tsunami waves 1-3 meters above tide level are possible on parts of the Chilean coast, according to the center.

The Hydrographic and Oceanographic Service of the Chilean Navy issued a tsunami alert for the region of Los Lagos.

Meanwhile, Chile's Ministry of the Interior and Public Security has asked people to leave the beach areas of the regions of Bio Bio, La Araucania, Los Rios and Aysen near the quake zone.

Chile sits on an arc of volcanoes and fault lines circling the Pacific Ocean known as the "Ring of Fire."

Since 1973, Chile has had more than a dozen quakes of magnitude 7.0 and above.

In February 2010, an 8.8 magnitude earthquake killed more than 700 people and affected more than 2 million others, according to Chilean officials.

That quake struck off the Pacific coast about 60 miles northwest of Chillan, Chile, at a depth of nearly 22 miles, the USGS said.

The city of Concepcion, Chile, and the Maule and Bio Bio regions were devastated, with buildings in ruins and roads left unpassable.

In the quake's immediate aftermath, more than 1.5 million people were without power in and around Santiago.