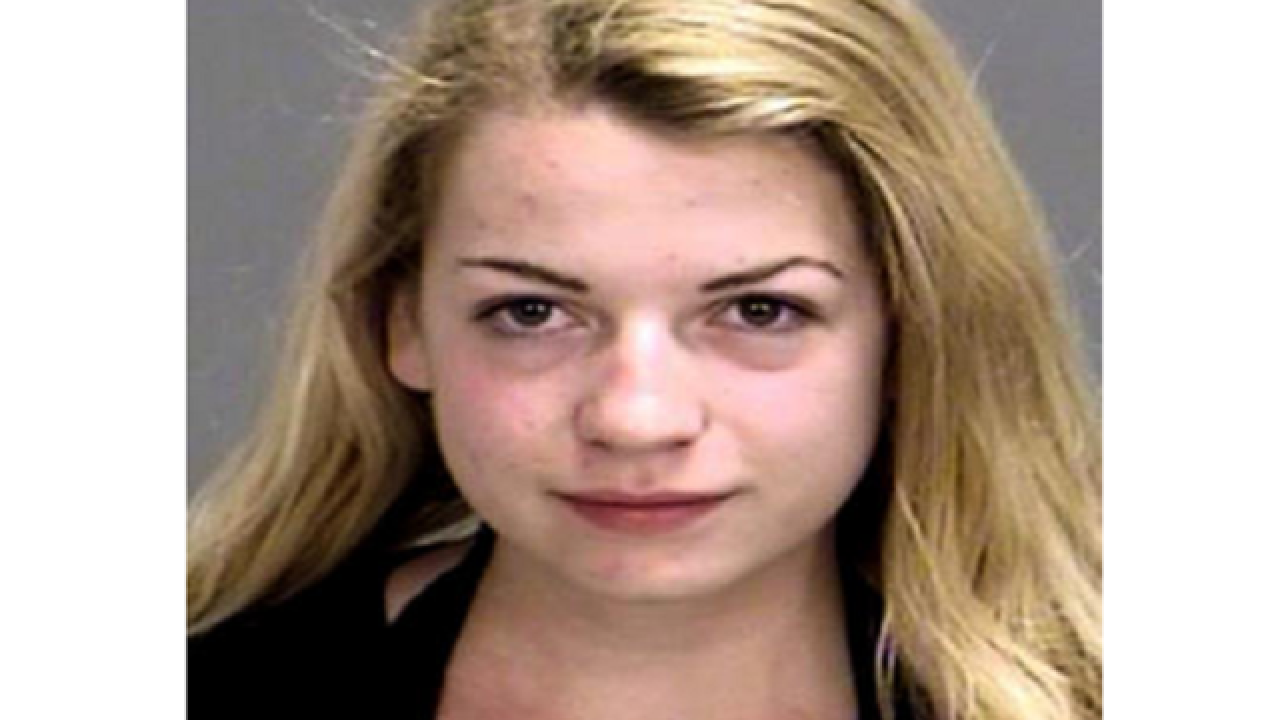 By: Associated Press
Posted at 11:30 PM, Oct 27, 2016
BRYAN, Texas (AP) — Police say a 19-year-old Texas A&M University student who rear-ended a squad car told an officer she was taking a topless selfie.
Miranda Kay Rader posted $200 bond after she was charged with drunken driving and possessing alcohol as a minor.
A police report says an officer was checking a reported disturbance when he heard brakes squeal and an SUV slam into the patrol car behind him. Rader told the officer she was taking a topless selfie of herself to Snapchat to her boyfriend.
Police say an open bottle of wine was in her console cup holder.
Copyright 2016 The Associated Press. All rights reserved. This material may not be published, broadcast, rewritten or redistributed.