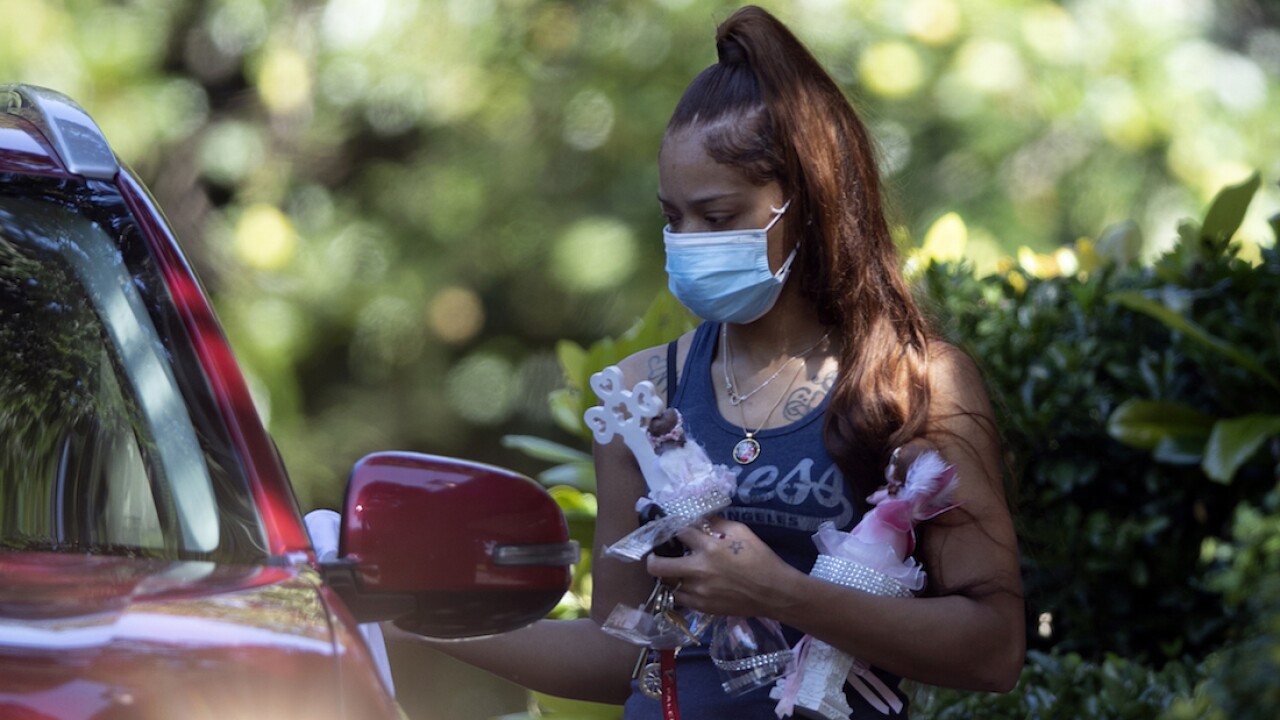 Copyright 2020 The Associated Press. All rights reserved
John Bazemore/AP
Charmaine Turner prepare to enter a viewing her for 8-year-old daughter Secoriea Turner, who was fatally shot in Atlanta on July 4th near the Wendy's site where Rayshard Brooks was killed the previous month Tuesday, July 14, 2020, in South Fulton, Ga. (AP Photo/John Bazemore)

ATLANTA (AP) — Atlanta police have accused a suspect of felony murder and aggravated assault in a shooting that killed an 8-year-old girl near the site of an earlier police shooting.

Police said Wednesday that they issued warrants a day earlier for 19-year-old Julian Conley in the slaying of Secoriea Turner.

Patterson says Conley was peacefully protesting and witnessed the shooting but did not open fire himself.

Secoriea was fatally shot on the Fourth of July while riding in an SUV with her mother and another adult near the Wendy's restaurant where Rayshard Brooks, a 27-year-old Black man, was killed by a white police officer on June 12.