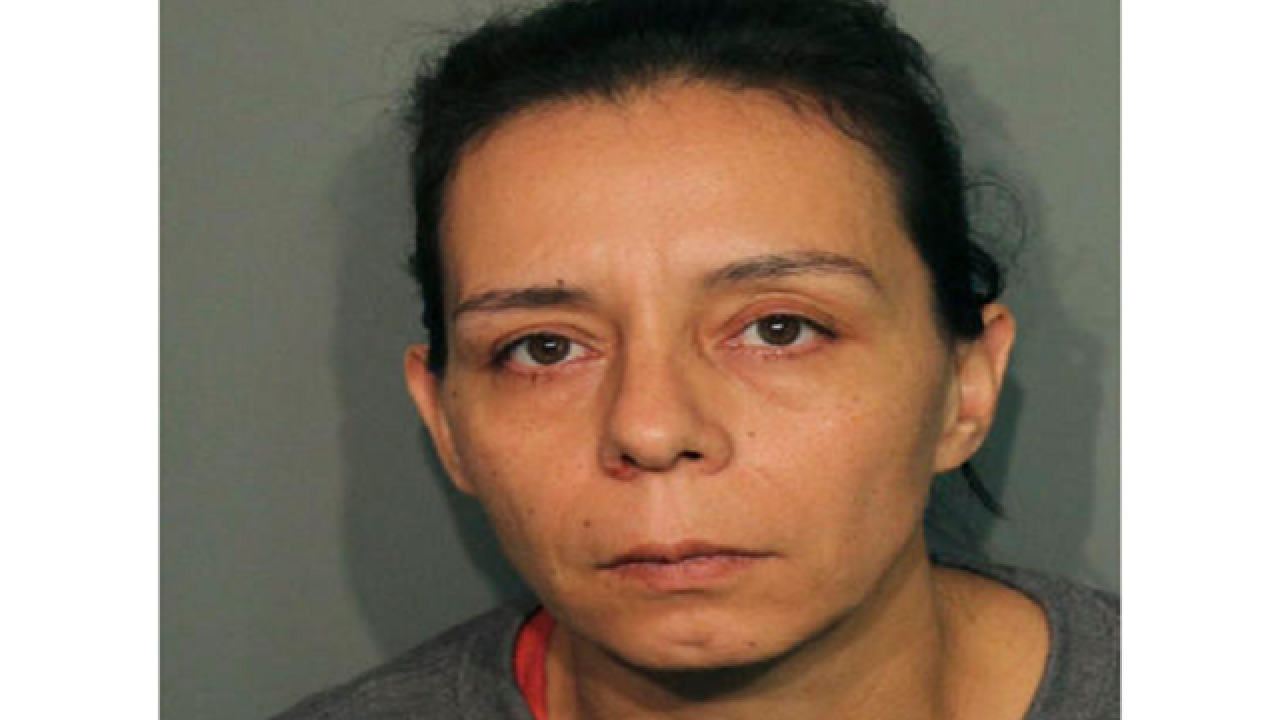 SAN FRANCISCO (AP) — Two women have been arrested on charges of holding four brothers captive at an illegal marijuana farm in Northern California and forcing them to work there for six months, police said Wednesday.
The men ran away in July from the secluded pot growing operation in the small Sierra Nevada mountain range town of West Point after overhearing they would be killed after the harvest, said Calaveras County Sheriff's Capt. Jim Macedo.
At least one of the men, identified as brothers in a sheriff's department statement, was also threatened by another man at the camp who had a gun and a knife and is being sought by authorities.
"There were some males that would come and go along with the females and we are actively seeking those males," Macedo said.
The arrested women, Guadalupe Sierra Arellano, 43, and Medarda Urbieta, 44, were charged with human trafficking, kidnapping, battery with serious bodily injury, terrorist threats, and drug charges. They were detained by federal immigration officials and their lawyers declined comment Wednesday.
Macedo said the victims, who were not identified, had bruises and black eyes after they escaped the marijuana farm and made it to a nearby home to ask for help. They were treated for their injuries and have recovered, he said.
Police found more than 23,000 marijuana plants on the sprawling, forested compound and said it was worth up to $60 million. They also seized guns and $10,000 in cash.
"We've seen an increase in violence, theft and greed related to marijuana trafficking and this appears to be an organized, violent group," Macedo said.
Two of the men were hired in February as day laborers by a woman from Modesto, California, who said she had work for them at a home in Calaveras County, he said. After the two arrived at the marijuana growing operation, they were threatened by people with weapons and forced to stay there.
Nine days later, one of the women at the pot farm went back to Modesto and got in touch with relatives of the men, threatening to kill family members if they contacted authorities, police said. She offered to bring the two other brothers to see their two brothers at the farm, and they were held captive and put to work, the statement said.
The men worked the marijuana operation on several acres of land up a winding road with armed men standing guard over a house where the women lived. The men themselves slept in squalid and ramshackle conditions in a hut-like structure, Macedo said.
The Union Democrat reported (http://bit.ly/2dhSaht ) Wednesday that the two women were taken into custody by Immigration and Customs Enforcement services after an arrest on Sept. 14. They are due to make a court appearance on Nov. 7.
Copyright 2016 The Associated Press. All rights reserved. This material may not be published, broadcast, rewritten or redistributed.